Ramshackle structures are incredibly common in Japan. Not just in rural areas either, as away from its main entertainment and shopping hubs, Tokyo has more than its fair share of them. There are countless homes, shops and restaurants that despite their utterly dilapidated states, are more often than not still in use. And yet despite seeing so many that I have an Instagram account almost entirely devoted to them, this particular house is like nothing else. 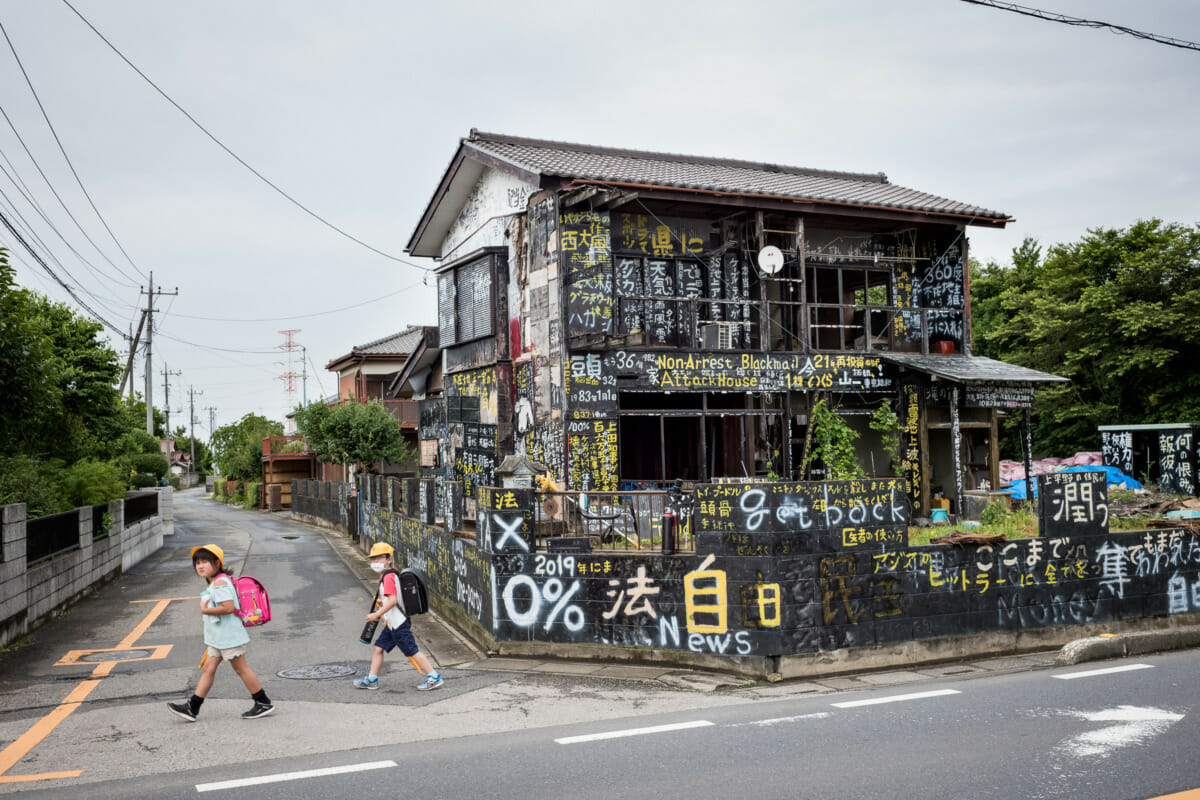 It’s still lived in for starters. The one remaining, relatively intact upstairs room provides a home of sorts, although how cold it is in winter doesn’t bear thinking about. Neither, to be honest, do the bathroom facilities, or indeed the probable lack of them. But somehow it must be manageable. A bit like camping perhaps, but in an ancient tent on a bit of waste ground. 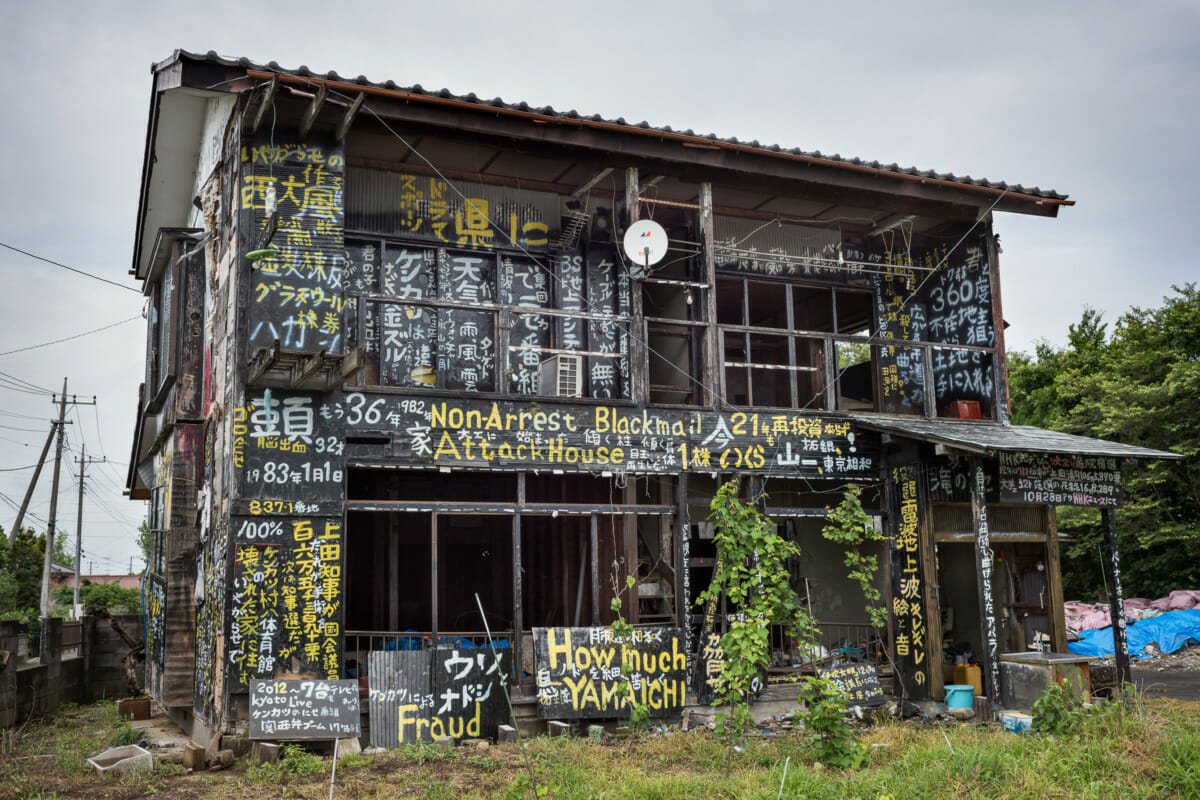 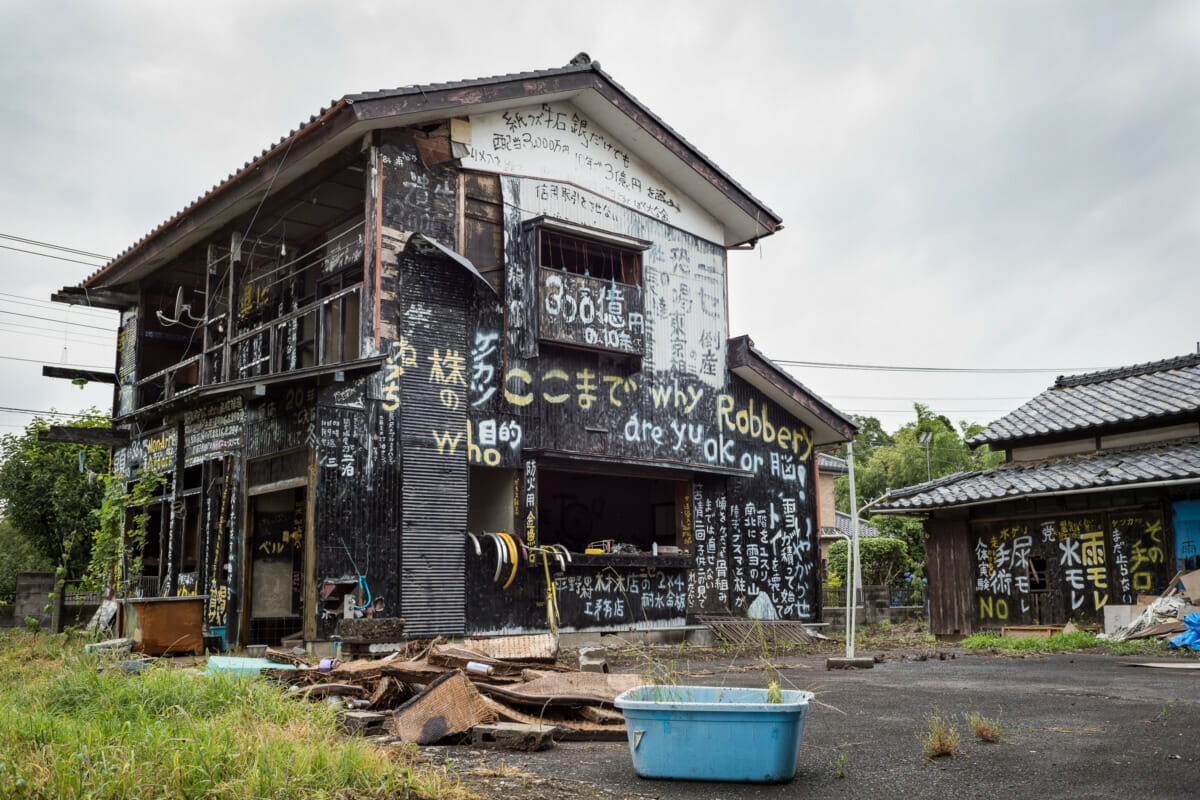 Unsurprisingly there are all kinds of rumours about the owner. The one bona fide fact is that it’s a fella who is getting on a bit. But those limited details aside, the general consensus seems to be that he lost a lot of money when Japan’s economic bubble burst, or on the stock market, the two of which could obviously be connected. 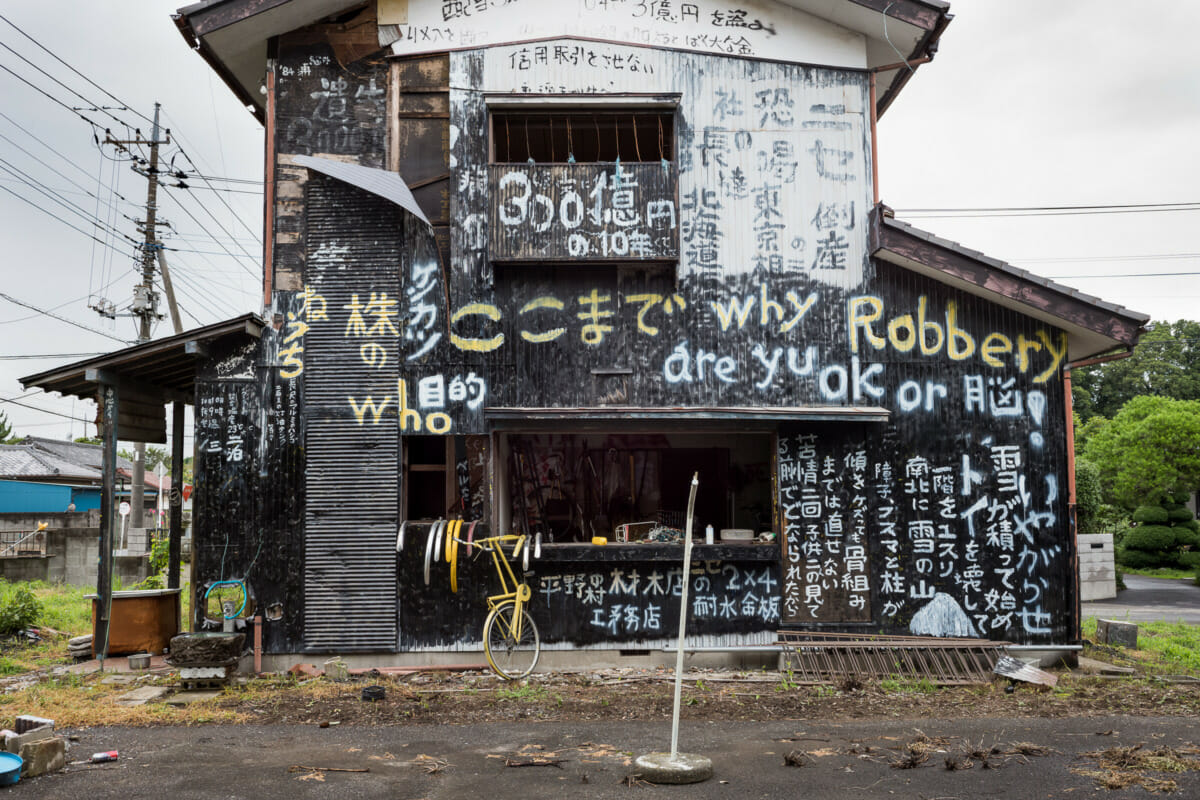 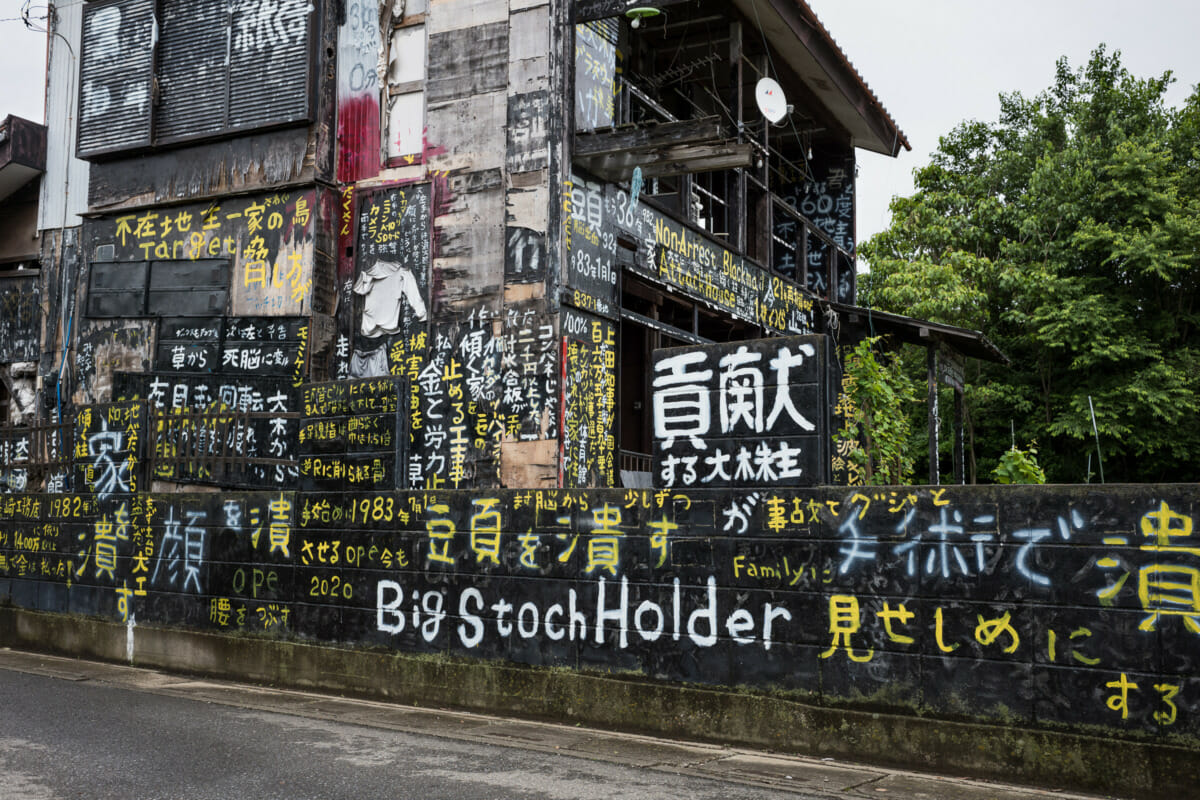 It also appears he may have moved to, or possibly back to the area from Kyoto, with the relocation resulting in some kind of trouble with the house and a construction company. Elements that, along with so many other things, are alluded to in the mostly nonsensical statements on the walls. Writing that is regularly painted over, and then replaced with more of the same angry, colour coordinated incoherence. 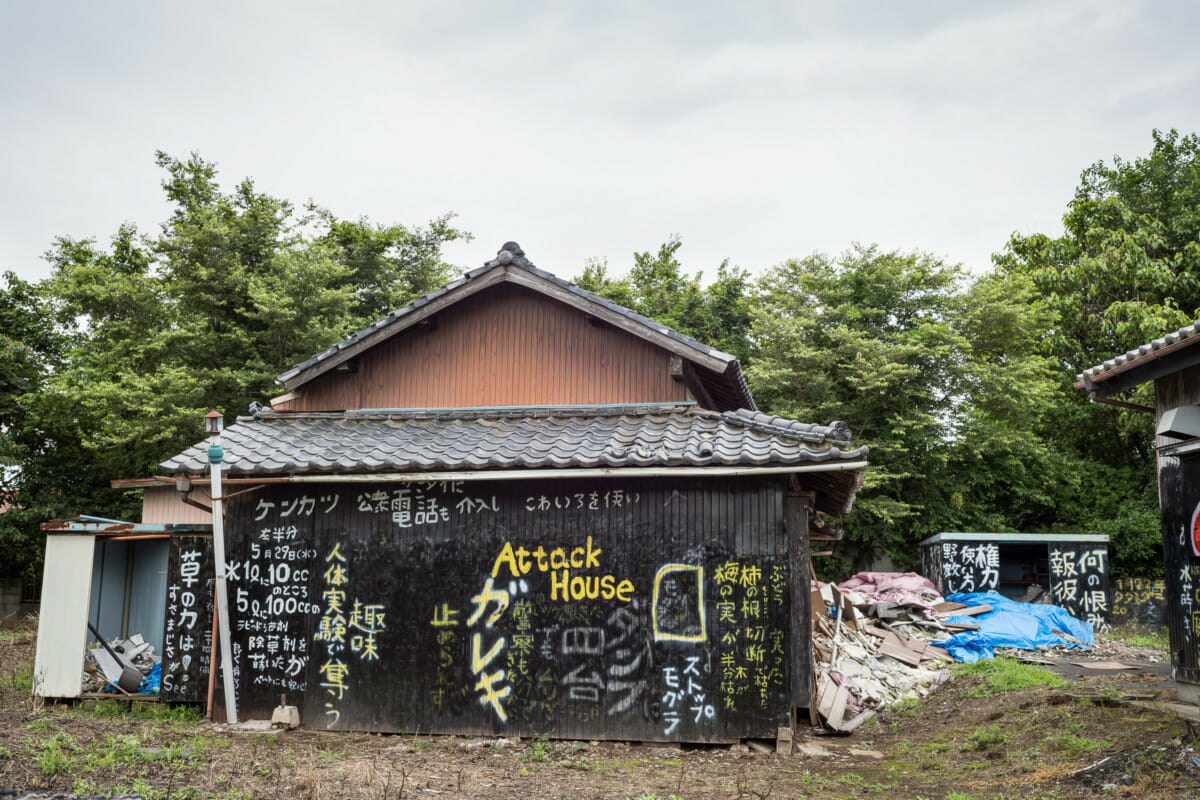 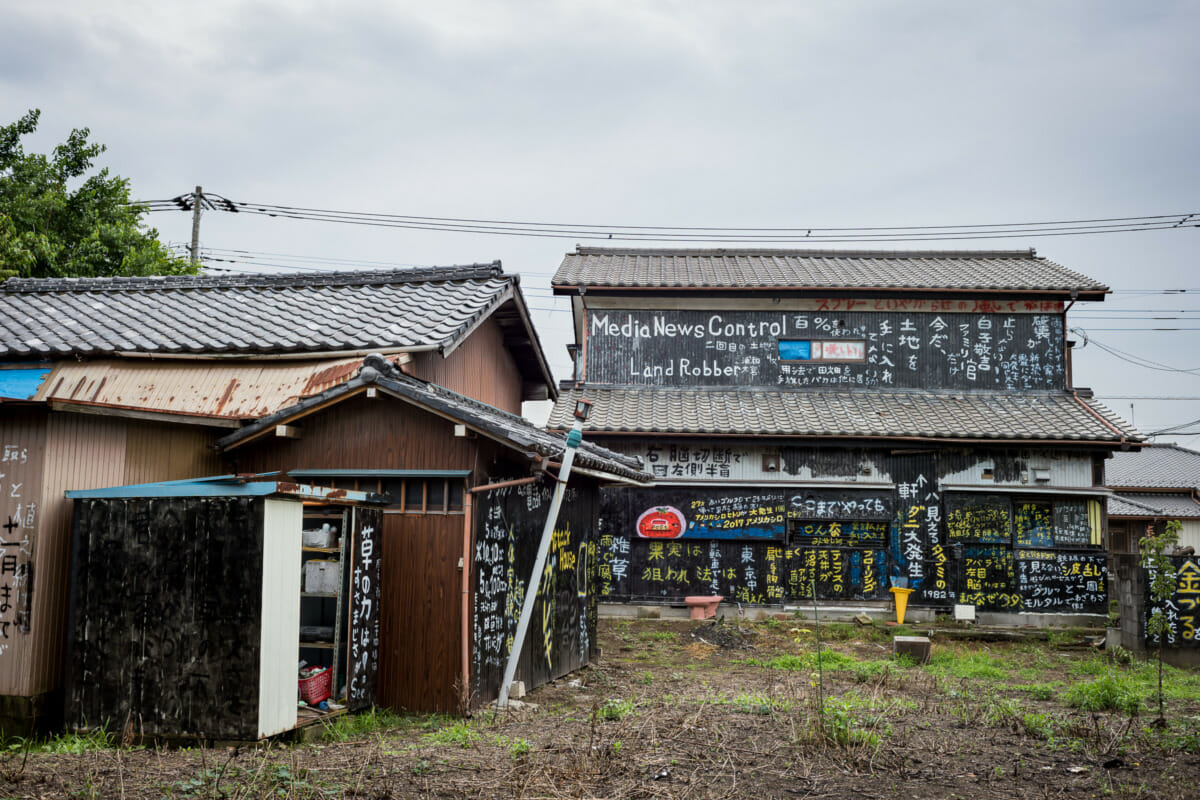 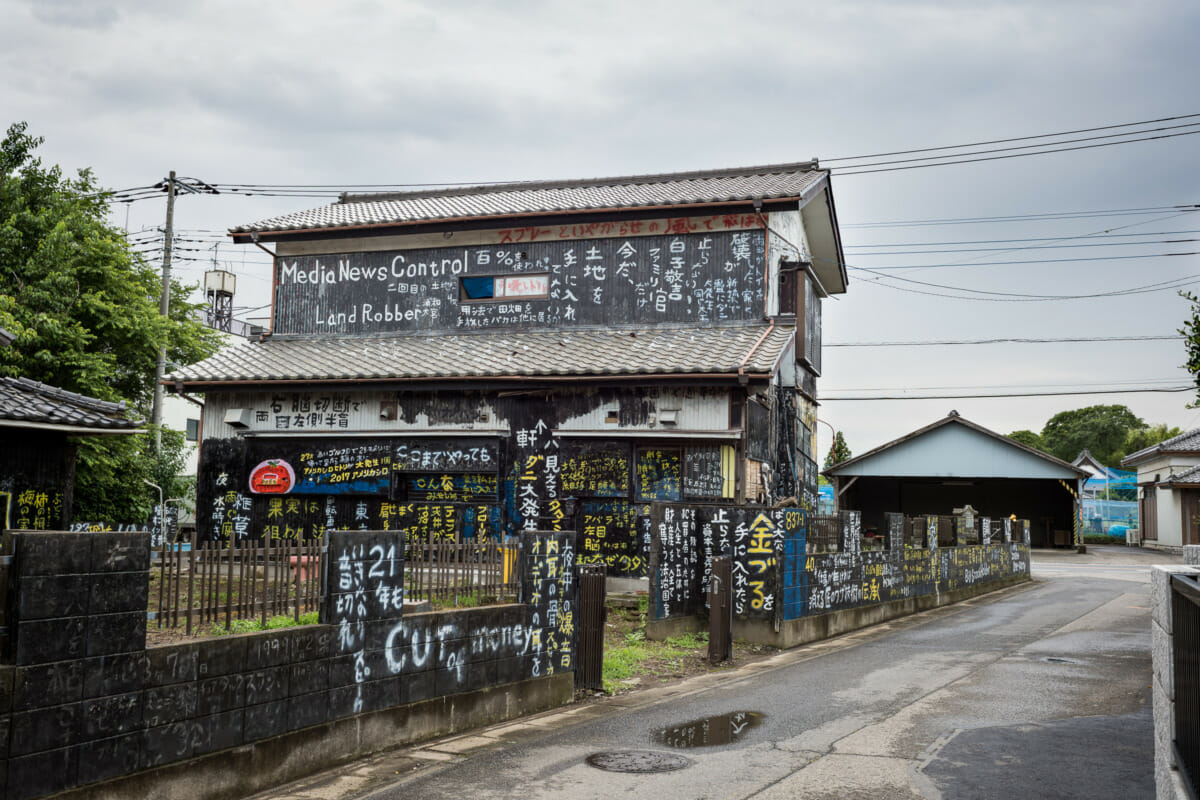 What the neighbours think of it all is anybody’s guess, especially as there is also a speaker set up playing local radio at a volume that’s just about loud enough to warrant regular tutting and muttered complaints. But for now at least, the radio stays on, and the written rants continue unabated. 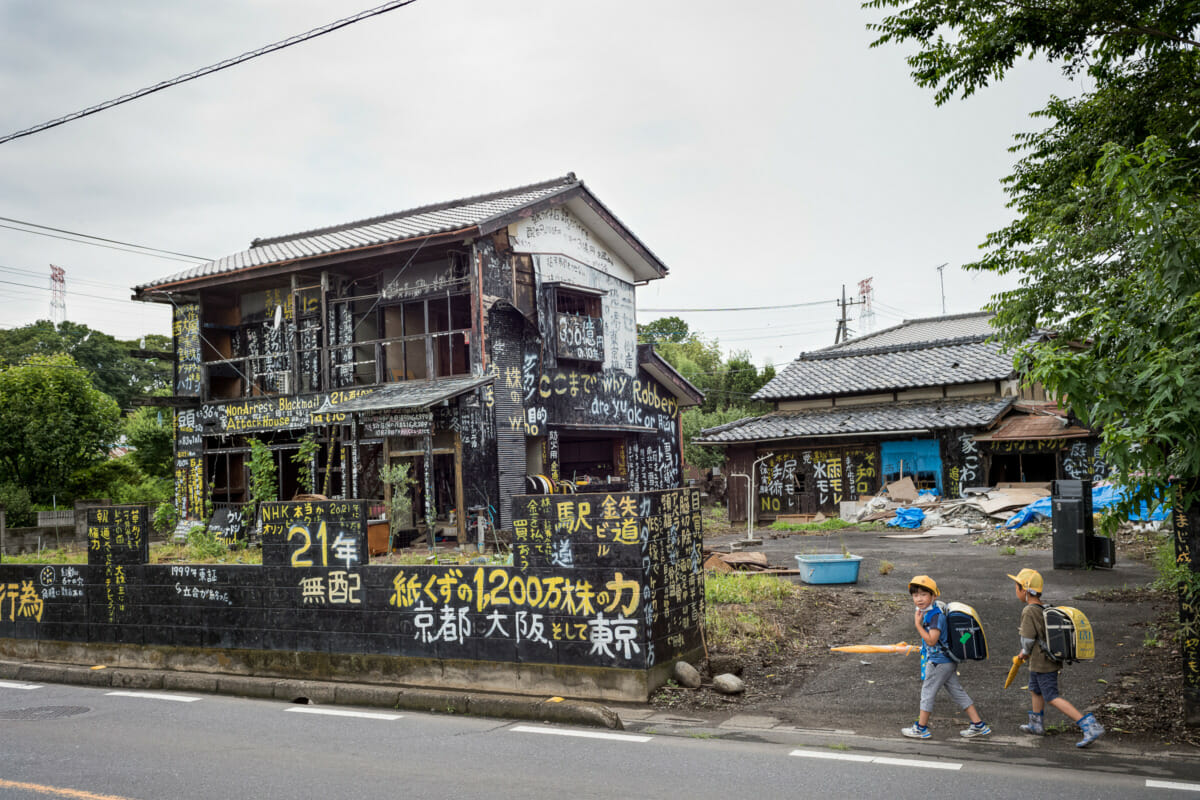