Due to plenty of coverage surrounding so-called herbivore men, and Japan’s apparent aversion to sexual activities — none of which seem to take into account the buoyant state of the nation’s love hotel business — it would be easy to see the Japanese as a decidedly cold, introverted race. And it’s a conclusion that the much frowned upon showing of affection in public could further corroborate.

However, as this couple clearly show without being overly tactile, healthy and happy relationships have far from had it. The only possible bone of contention being that I’m not entirely convinced they are Japanese. 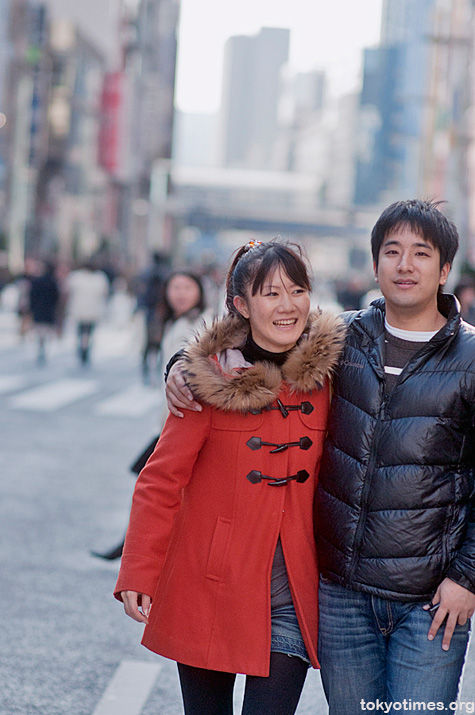