Despite its gradual, post-bubble decline, Japan is still an affluent country. To suggest otherwise would be absurd. But at the same time, an increasing number of Japanese can only dream of being financially stable, let alone comfortable. The myth of everyone being middle-class has been well and truly debunked, and not just jobs for life, but full-time jobs in general are slowly becoming a thing of the past. Those in so-called irregular jobs now make up almost half the nation’s workforce, and the insecurity, lower pay and lack of benefits synonymous with such positions mean millions of people are simply surviving. A good amount just barely, and way too many not even that. But while visibly growing in numbers, those who have fallen through the ever-widening gaps in the safety net somehow still remain mostly invisible. 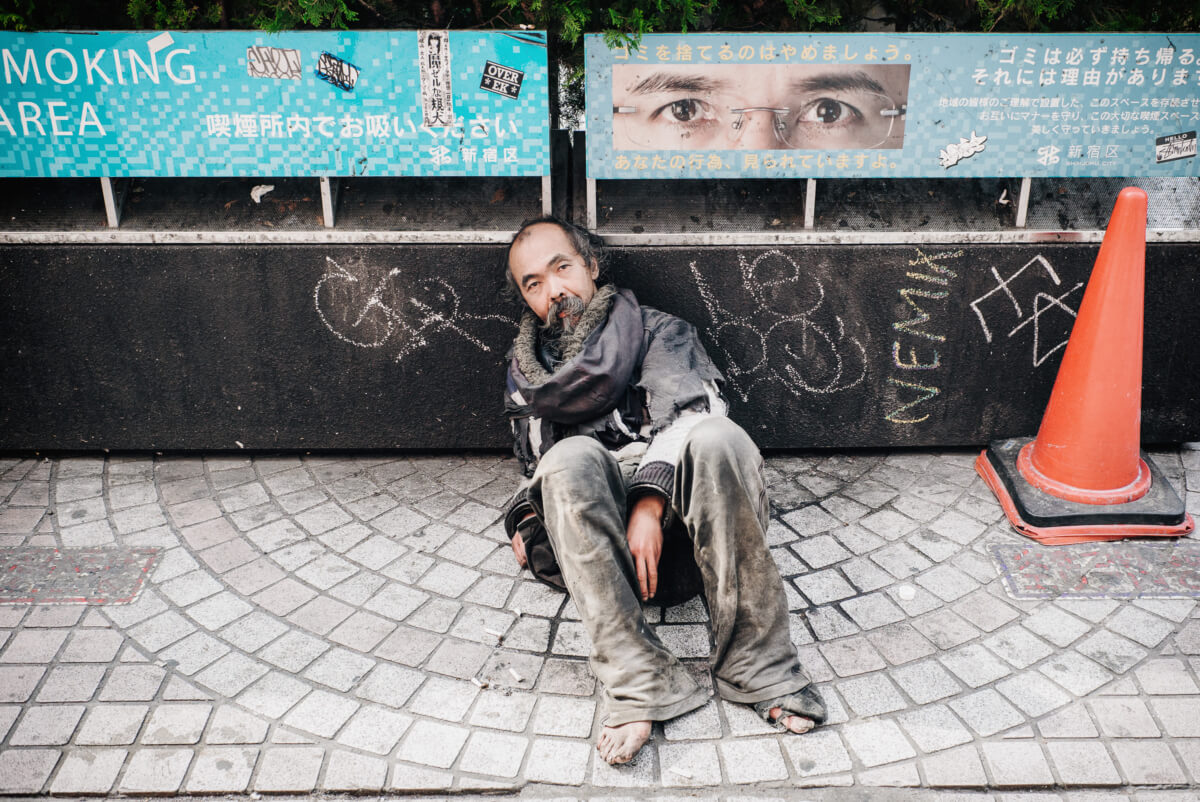 It’s perhaps worth mentioning that the decision to take this photo was a difficult one — as was the decision to use it. The man’s plight is undoubtedly bad enough without having a camera pointed at him, and I’m well aware that my highlighting of such suffering doesn’t alleviate it at all, or make his situation easier in any way whatsoever. And yet there again, is the cold indifference (at best) shown by the government and so many of those passing by any better? Maybe. Maybe not. I honestly don’t know.