When looking for abandoned bike photos to put together the previously posted, long-forgotten Tokyo bicycles, I found the picture below and opted for a re-edit. It was taken just over eight years ago, but I can remember the scene like it was yesterday. They’d been diving in the sea, so were enjoying the well-earned warmth of their back-to-basics hot spring — the old lady casually, and very publicly, swapping a wetsuit for her birthday suit before getting in.

Surprised, and suddenly very flustered, all I could manage was some muttered, half-baked embarrassed answer, which heightened their spirits even further. Thankfully I managed to just about regain enough composure to take this one frame, but looking back, I don’t think I could have looked or sounded more British if I’d tried. 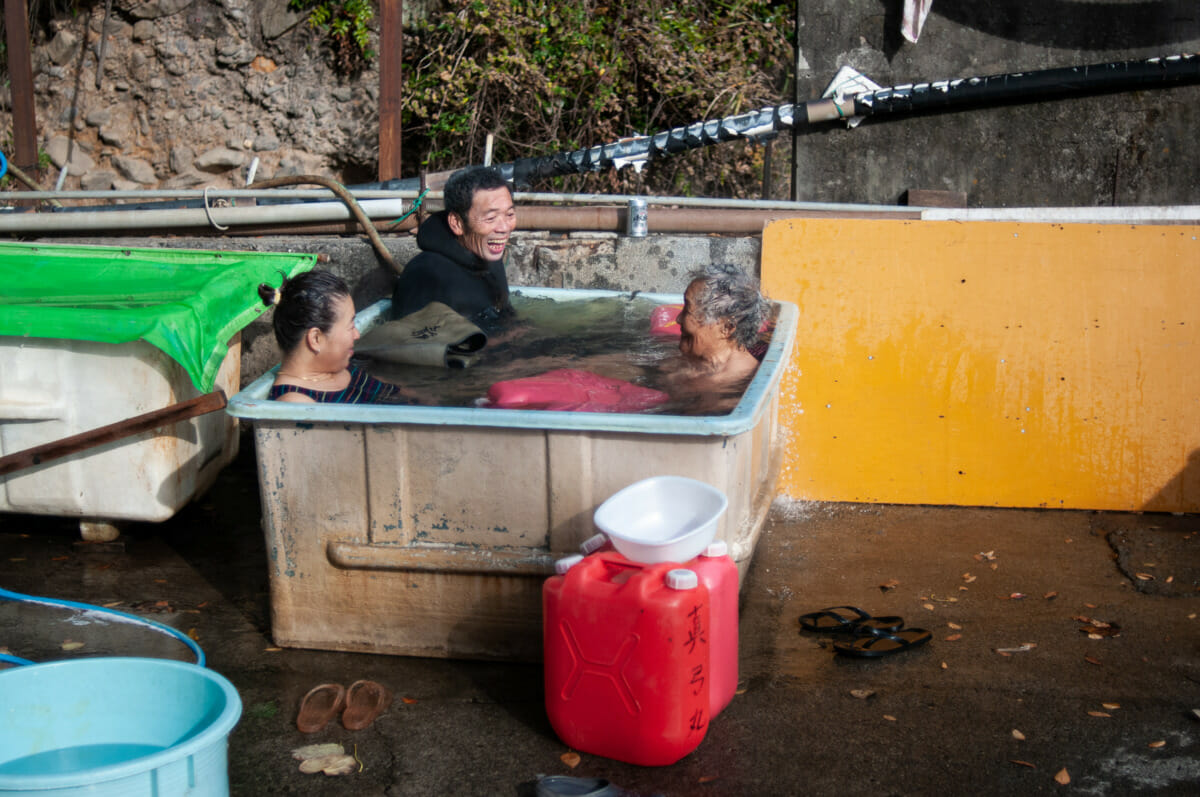