Abandoned buildings (or haikyo) in Japan come in all shapes and sizes, although while some boast such prizes as pickled brains or colossal hotel complexes, others are rather more dull in their decay. Like this company retreat or conference centre not far from Yamanashi Prefecture’s Lake Yamanaka for example, a building that still offers breathtaking views from the bedrooms, but little in the way of how the boarders once busied themselves. 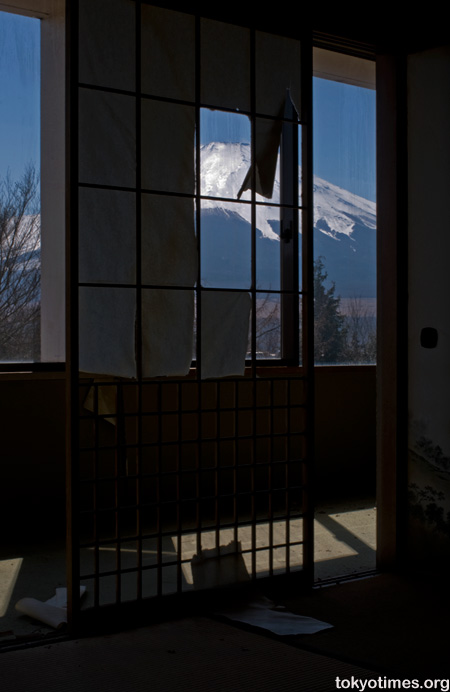 Apart that is from the odd telephone that now never rings. 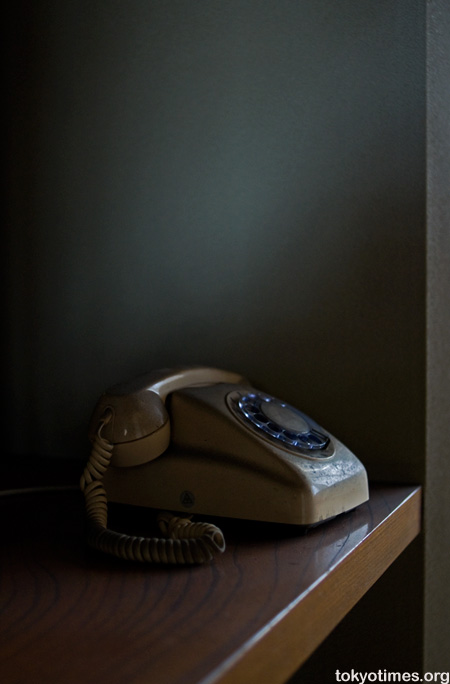 Or indeed meetings that will never materialise.

However, that said, all haikyo are happily in the habit of managing to muster at least one mystery, and here it came in the shape of several cocoon-like seating set-ups, complete with a sort of speaker and microphone system. 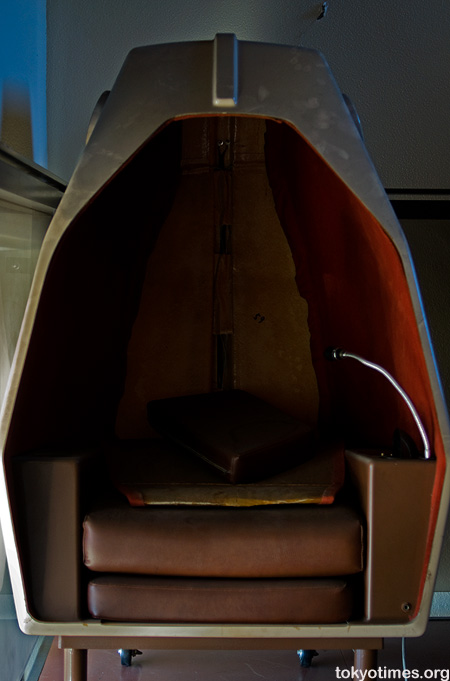 A Device that if nothing else allows one to imaginatively ponder the possibilities of brainwashing, or at the very least some slightly dodgy doings of some description.

Otherwise, unfortunately, it was more sad than suspicious — the place at times almost giving off a sense of being abandoned only recently, with games still waiting to be played, 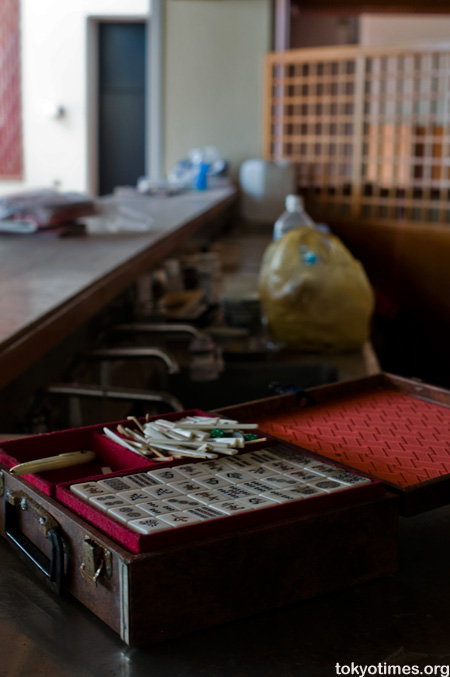 and the office feeling like it could still be in use. 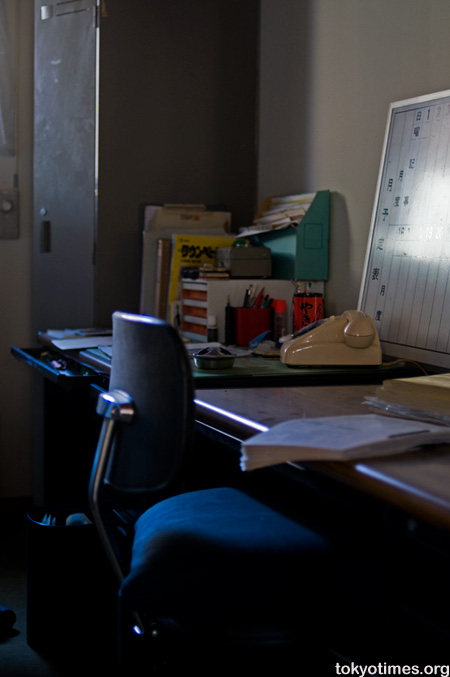 Almost on a daily basis. 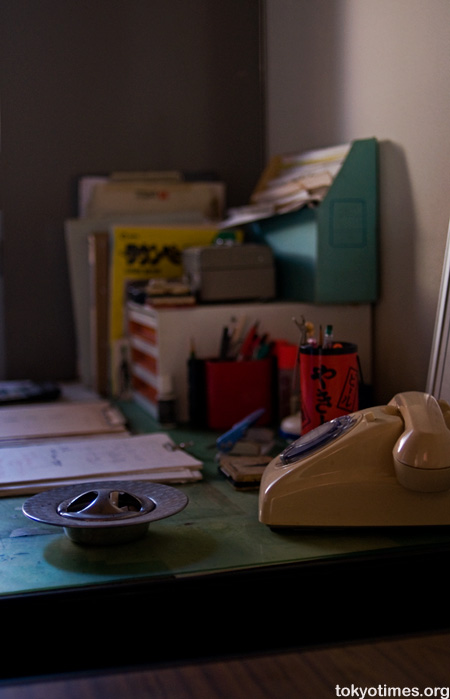 Until that is, one takes a look at the television. 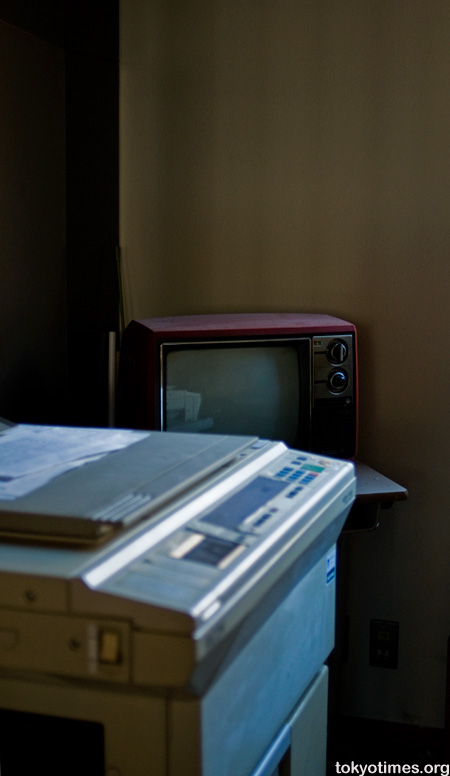 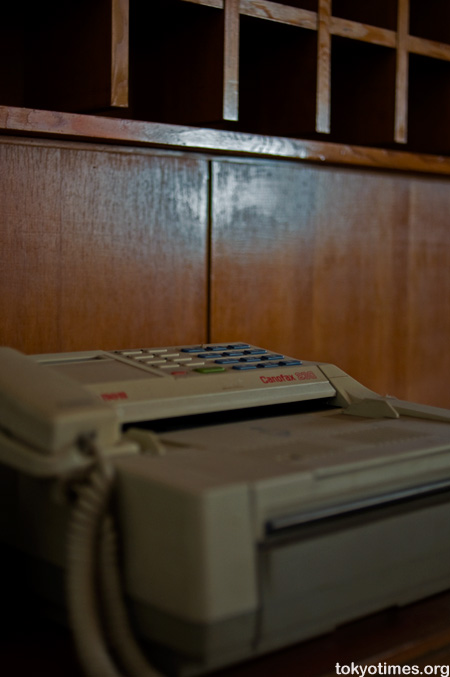 Confirming that no-one has been here for quite some time, and while still looking ready and willing, reservations or requests will never again be relayed through reception. 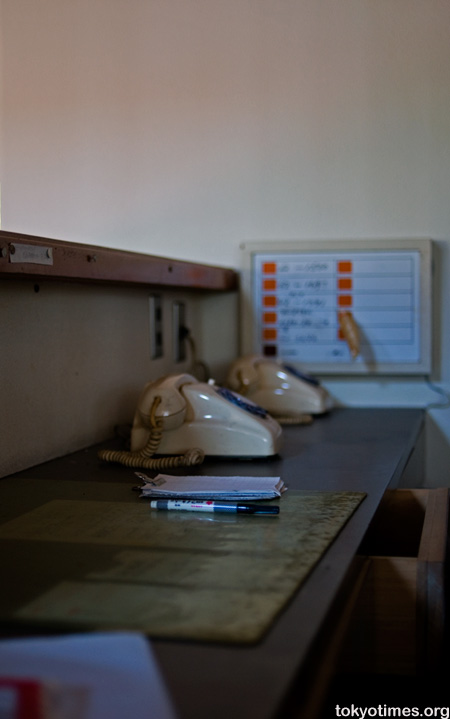 Leave a Reply to The Envoy Cancel reply