After more than ten years in Tokyo, and even though coming across one really isn’t that uncommon, the sight of a kimono is still something quite special: a window to another world perhaps, or at least a glimpse into one that has long since gone.

Kimono and ocarina combinations on the other hand are considerably less common. 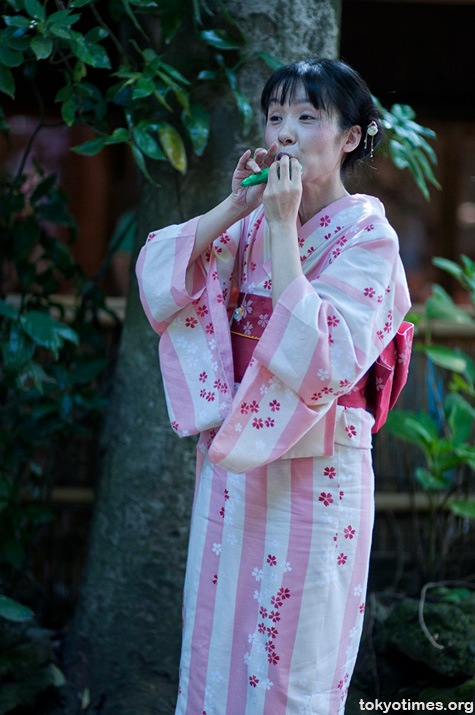 The surprising sight and sound of which was not only pleasing for those passing by.

But also the immaculately clothed player herself. 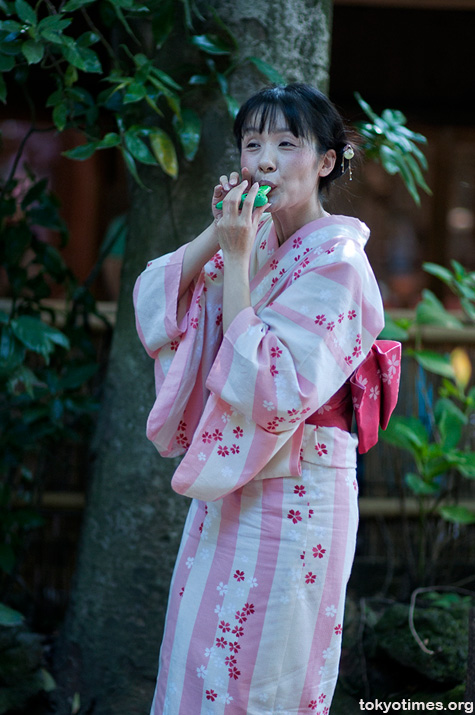