Repressive powers of secrecy and the attempted re-writing of Japan’s wartime history are now the new norm under right-wing Prime Minister, Shinzo Abe. Add to that a new like-minded and supportive chief of NHK, the national broadcaster, plus an ongoing bid to change the country’s pacifist constitution, and Japan is in real danger of heading in a very worrying direction indeed.

But for the man below, it must feel like his moment has finally come. A chance to instil hatred and spread further lies. A chance to ignorantly repeat history. And a chance to at last turn the clock back to a time he never knew. 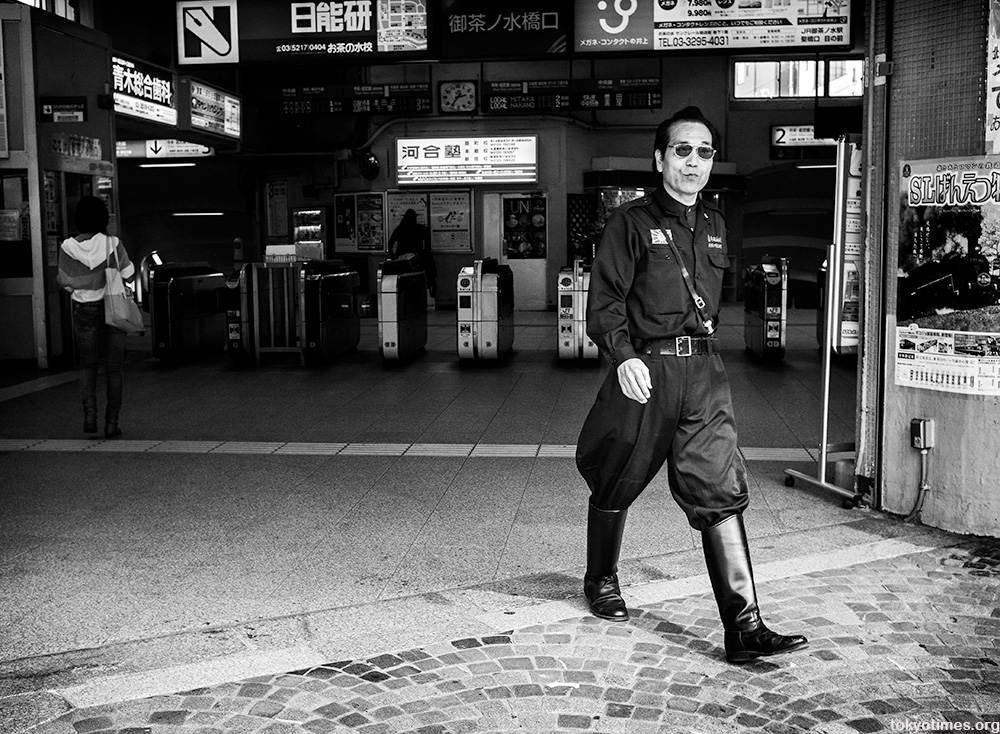