A little over a year ago I posted a photo of this wonderfully ramshackle and incredibly faded old sushi restaurant. 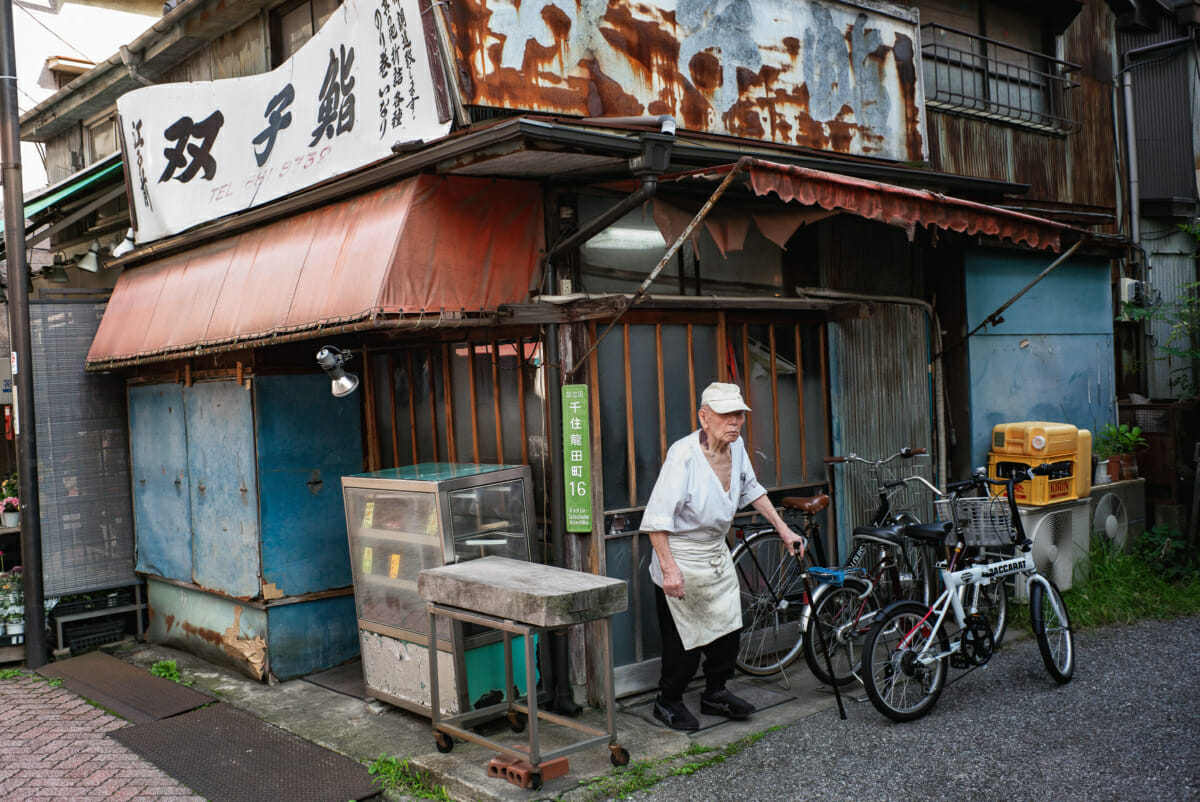 At the time, the old man standing by the door led me to believe it was still a going concern. Subsequent walks past, however, appeared to suggest otherwise. There was sometimes a light on which seemed like a good sign, but there was never a telltale noren outside indicating it was actually open.

Until, that is, I passed by during a photowalk tour over the weekend.

The old man was there as expected. It is, after all, his shop — one he started 60 years ago. But these days he only serves tea and helps out a bit with preparation. Instead, his son is now in charge. A man who may lack the experience of his father, but most definitely none of the skills, as the food was as delicious as the restaurant is dilapidated. 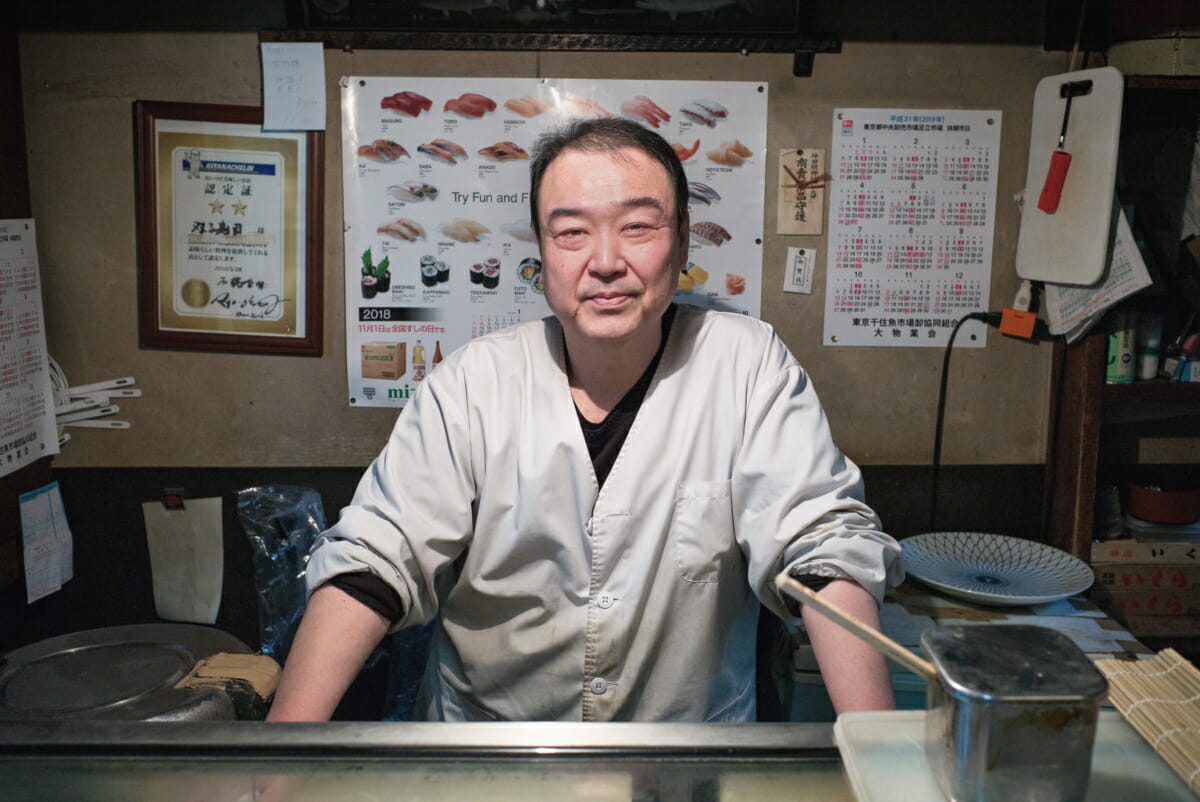