With only five members, the march, as it was rather boldly called, was a little on the optimistic side. Similarly, the half-hearted outfits consisting of some (mostly) white clothes and mismatched coloured sheets appeared to suggest that things weren’t quite what they seemed. There again, it was all about peace, so their hearts were definitely in the right place. No doubt about that at all. Plus, despite the dubious wardrobe decisions, they looked wonderfully incongruous on a modern Tokyo crossing. 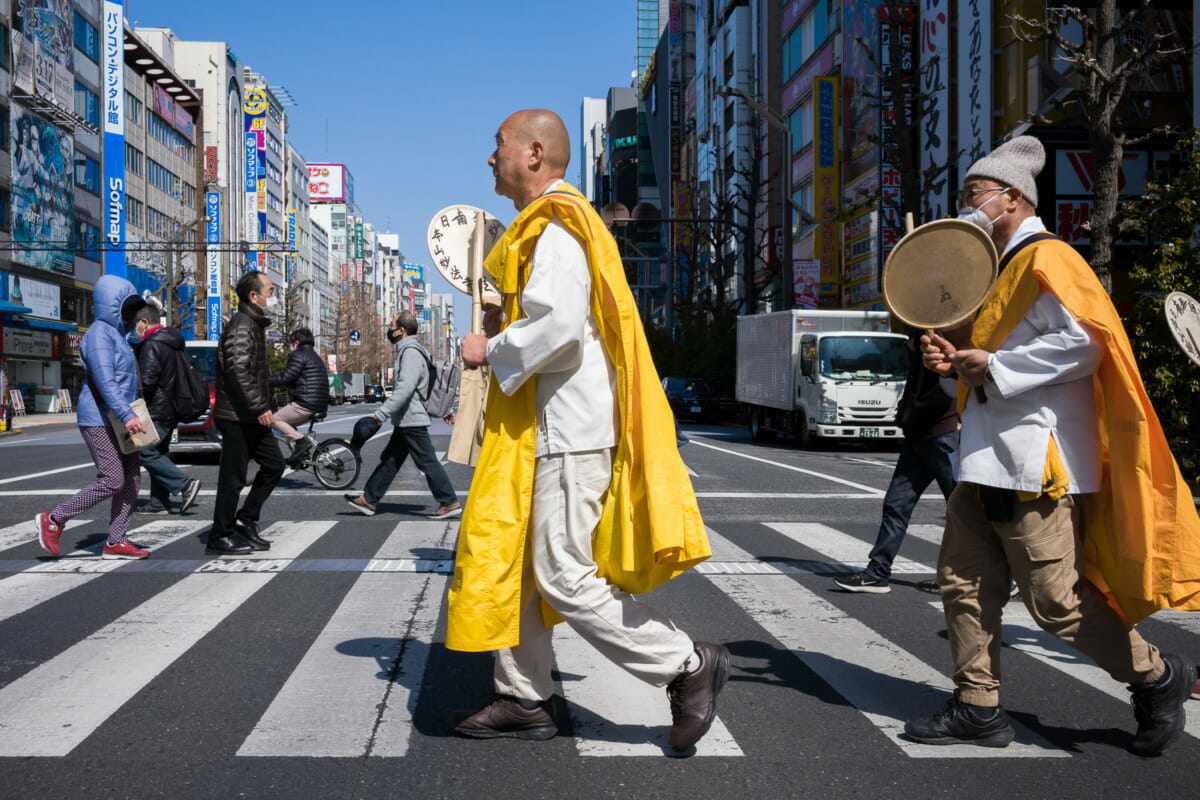