Going on for 8 years ago, a friend and I, who both live on the same commuter line, decided to explore the area around each and every train station on the way into central Tokyo. A good walk and interesting exploration were guaranteed, but the main purpose was to find the oldest and/or dirtiest little bar in the neighbourhood, and then drink in it. A series of outings that produced more than their fair share of stand out memories, along with many more that are hazy and confused to say the least.

Evenings that as well as booze and good food, allowed us to meet a man who, in my mind at least, is Tokyo’s loveliest bar owner. A septuagenarian who is quite possibly the jolliest. Plus in the bar below, which was found on our inaugural outing, a fella who may well have been the laziest.

The old owner in the photos was shocked to say the least when a couple of foreigners walked into her bar. Amazingly we were the first, at least of the non-Asian variety, in the bar’s 23 years in business. That surprise, along with her naturally shy demeanour, meant she wasn’t exactly the most gregarious of hosts, but once she’d settled down a bit, she was happy to serve drinks and cook what she’d bought in that day. All done with no help whatsoever from her husband, as he spent the evening unmoved in every sense of the word watching television in the back room. 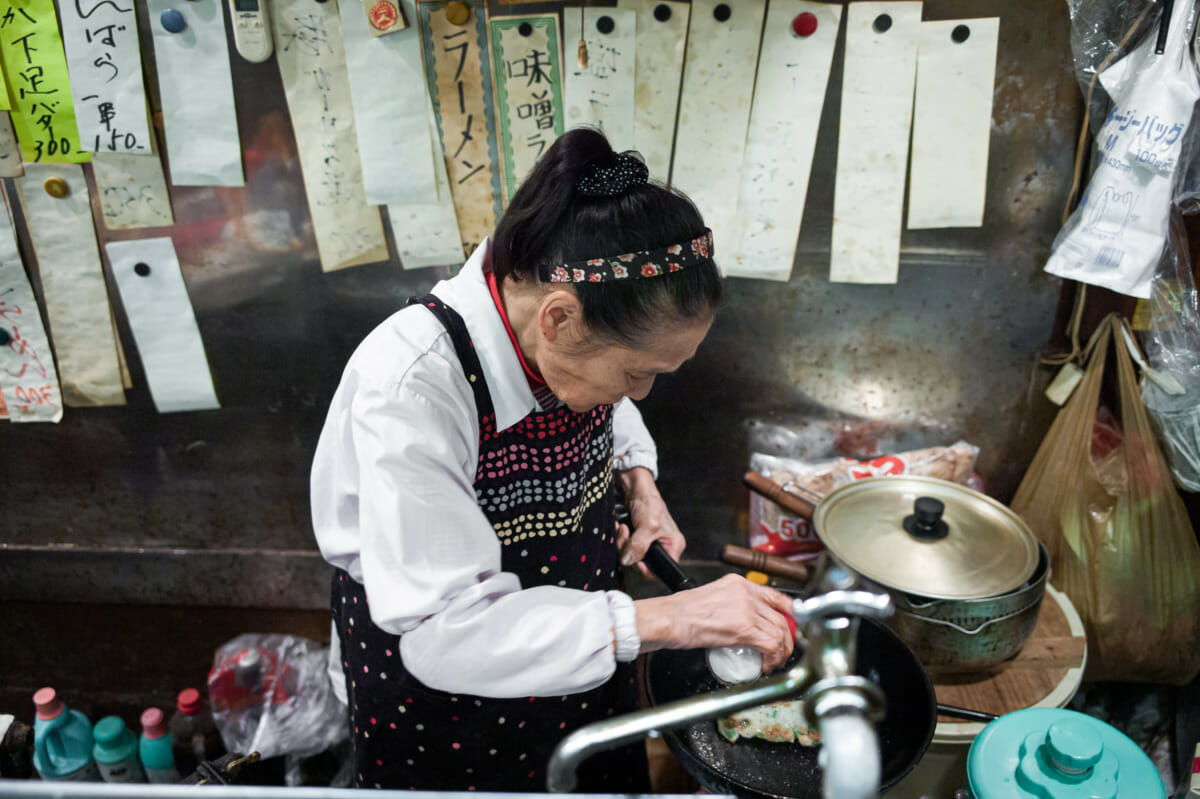 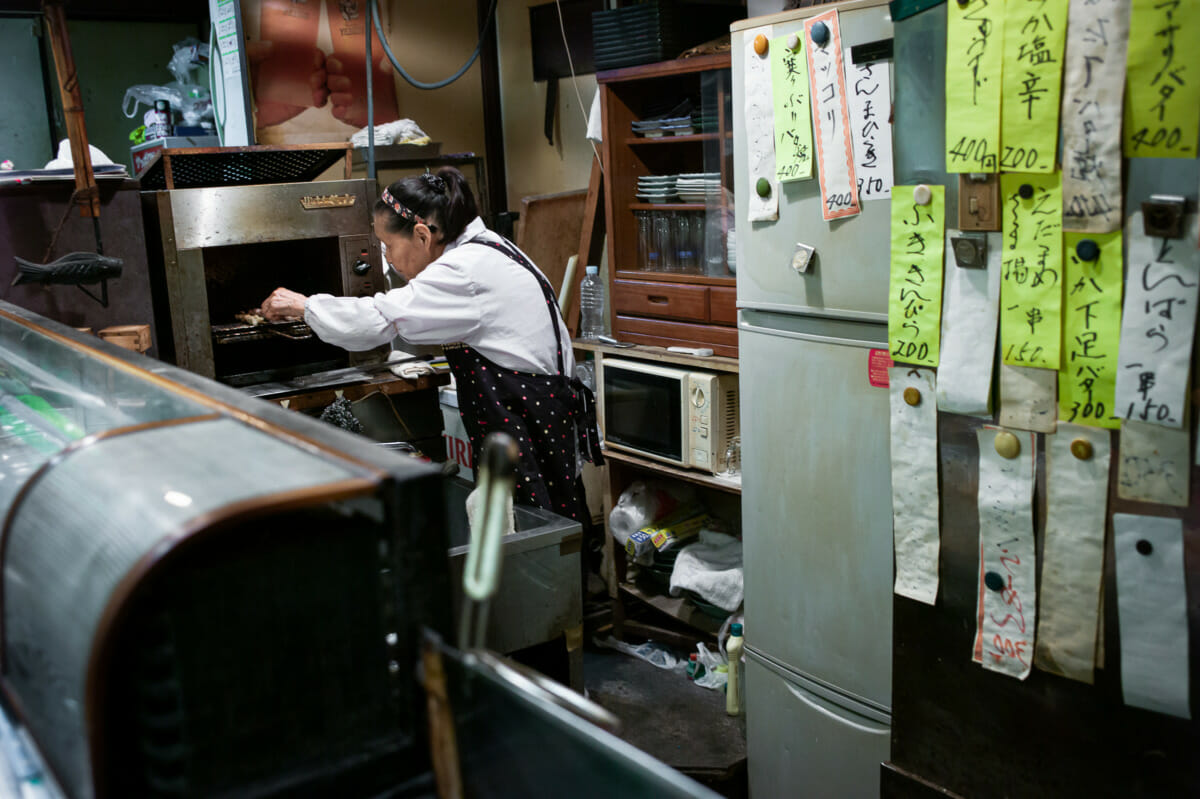 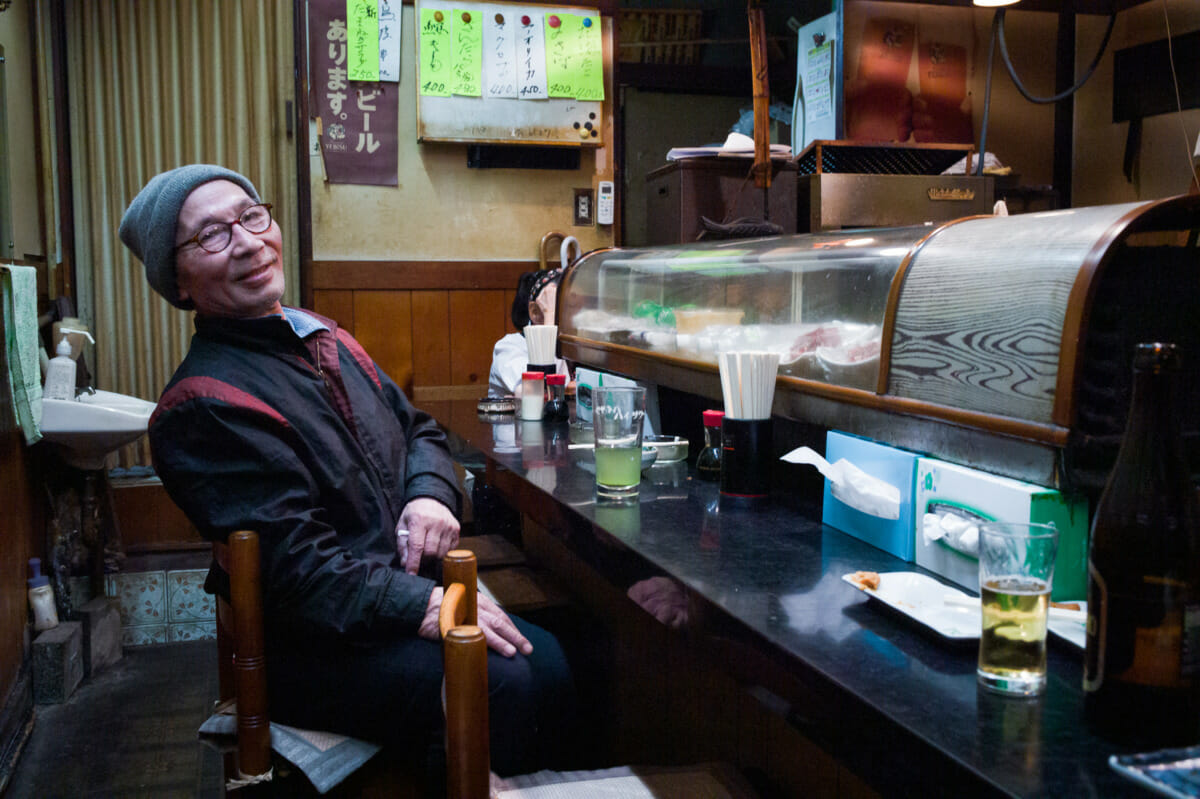 But the beginning of our journey was sadly the end for the bar. Not much more than a month after our visit, it closed down. A simple handwritten sign stuck outside announced the decision, which in many ways seemed like a suitably quiet and inconspicuous send off.

Only recently, however, did I finally get round to taking a post-closure picture. Having started to document the demise of other bars due to death, old age and demolition, I didn’t want to see it disappear and regret not having a photo. Even more so as for me at least there is added poignancy. It was a starting point of sorts — a start in some ways prompted by that simple red awning and the finality of those fading shutters. 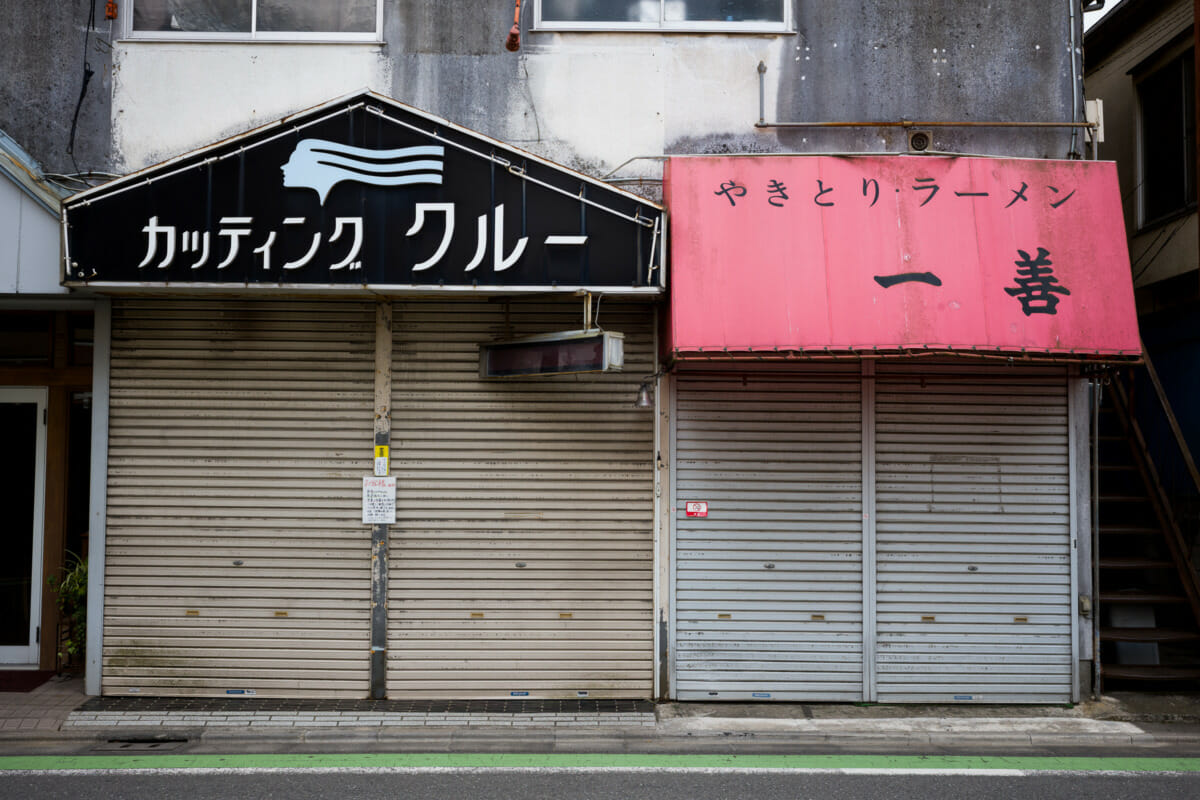