After the success of its horse and Maiko themed bras, Triumph International has managed to up the ante even further with its new skin bra. This state-of-the-art bra is made of silicone, and if that isn’t enough for you, it is available in transparent and beige.

So without further ado, here’s a picture of the skin bra in all its glory. Which just so happens to be modeled by a young and attractive model. 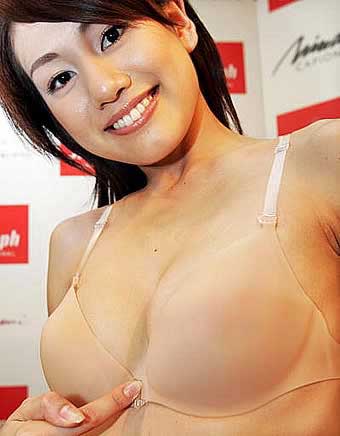 A marvelous combination of technology and design I think you’ll agree. I was so impressed I bought one of each colour. Despite that the fact that I don’t possess man-breasts, and have never had a penchant for wearing women’s underwear.