Tokyo’s sprawling, concrete laden expanse often seems to go on forever, but when one does finally escape it, the scenery can change quite dramatically. Like this tiny village a few hours drive from the capital. A small group of houses nestled on the slopes of a tree covered mountain. An environment a whole world away from that of the nearby capital. 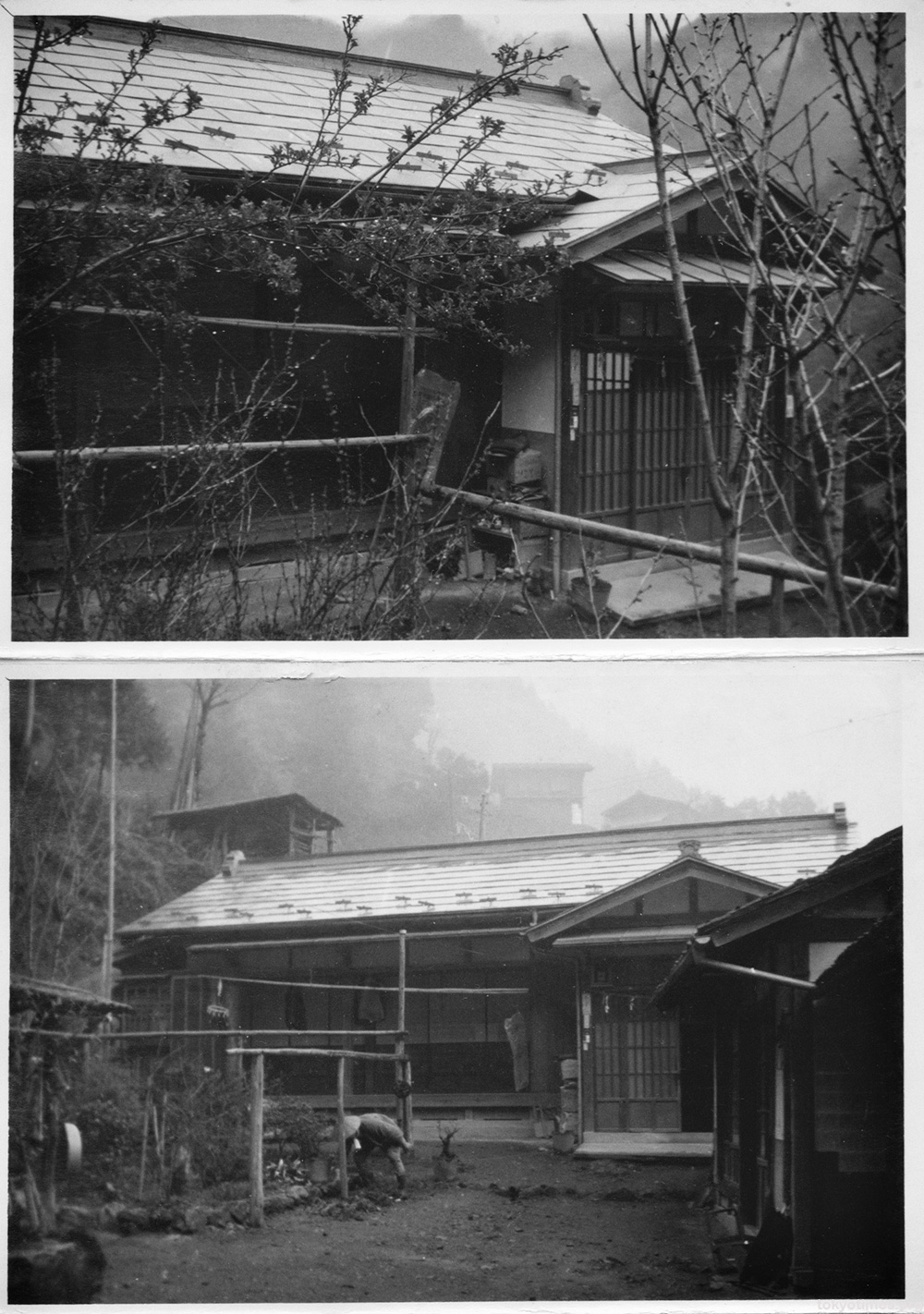 Hired by the forestry department, the residents lived a very different life compared to their city dwelling compatriots. Relatively isolated, food supplies and the like would have required forward planning, popping out for a bite to eat an impossibility and bears, rather than crime, a real concern. But regardless of the hardships, life there went on. Or at least it did until the late 1980’s. Then, presumably due to a lack of work, everyone simply left. 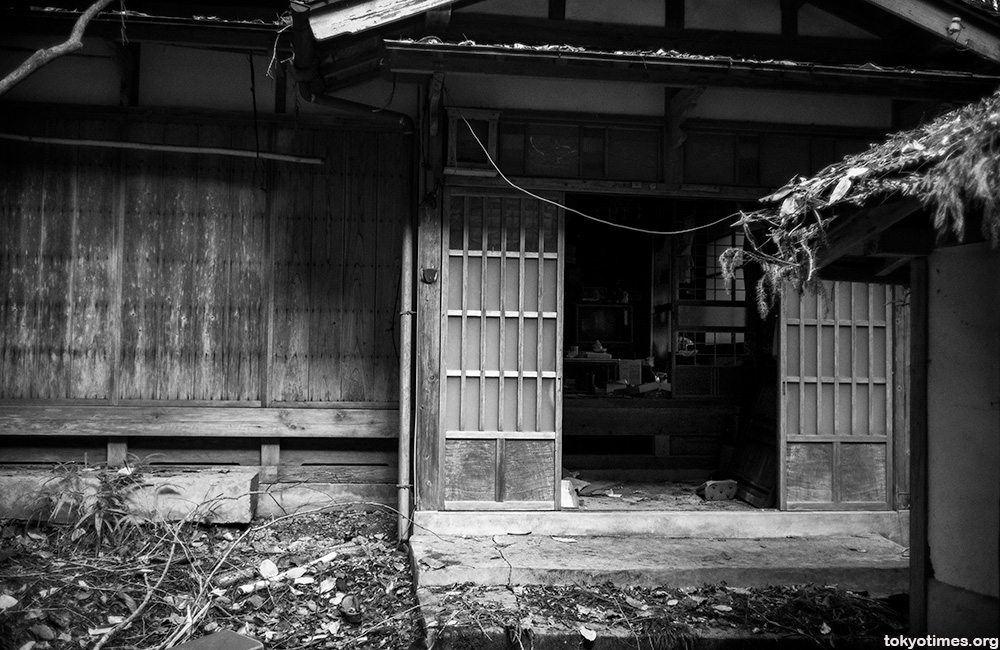 And when they did, they also left a good deal of their lives there, resulting in rooms that are now time capsules of sorts, offering a fascinating look at the tastes of the people who lived there — not to mention the times they lived in. 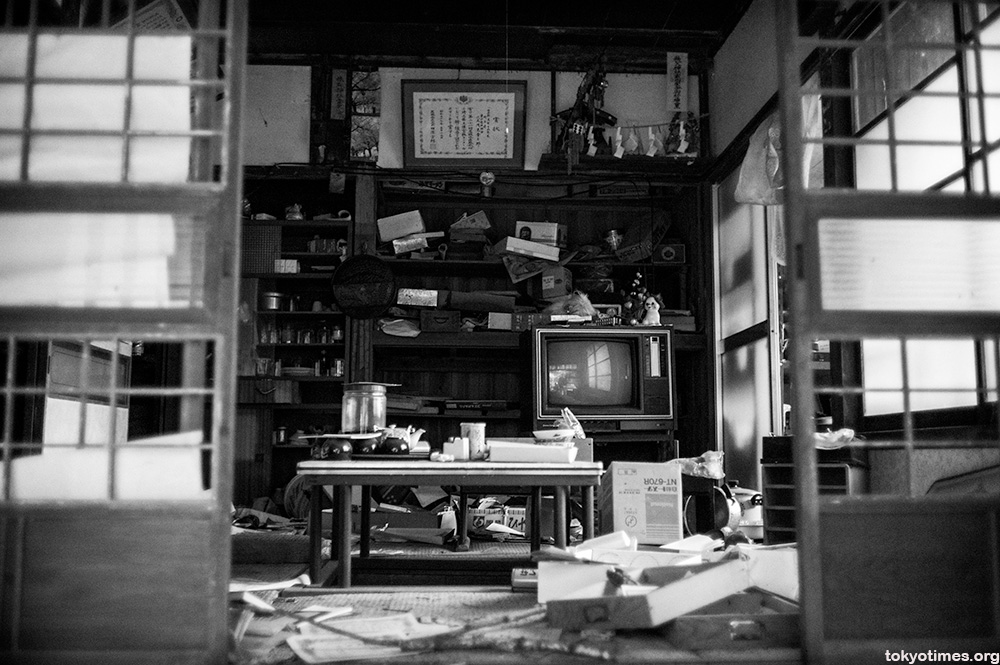 A period long before the internet and smart phones. 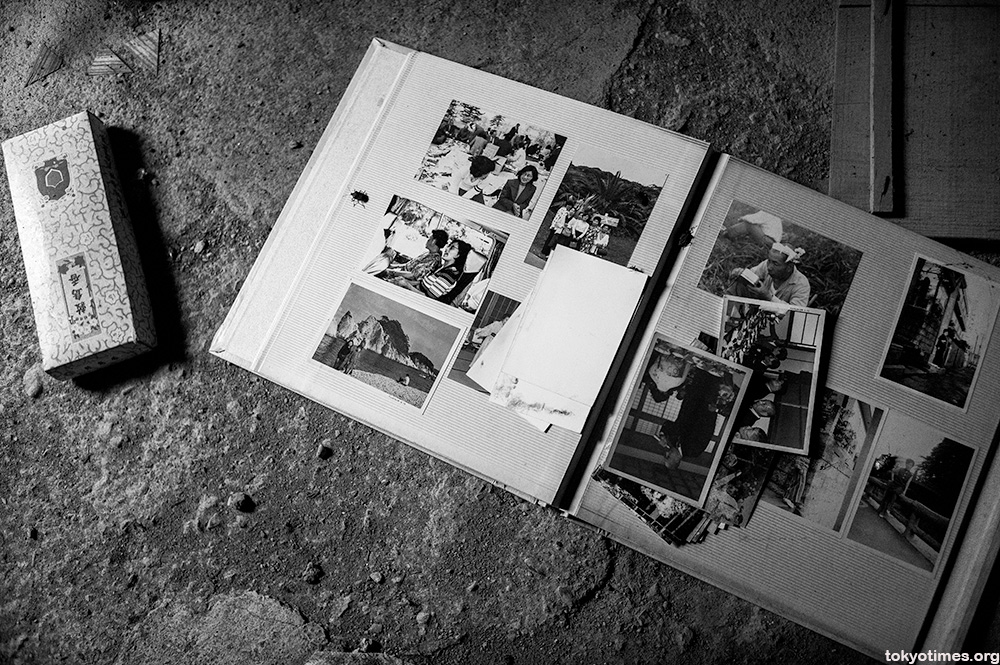 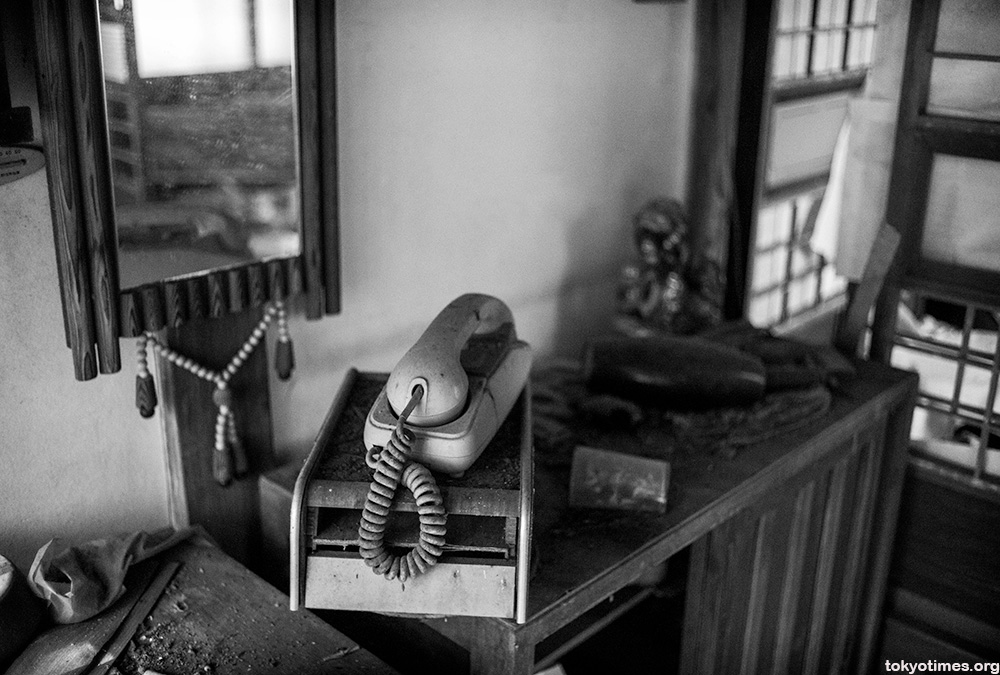 And even before Shintaro Ishihara became the loathsome, openly racist former Tokyo governor he is today. His youthful face masking at least some of the malice contained within. 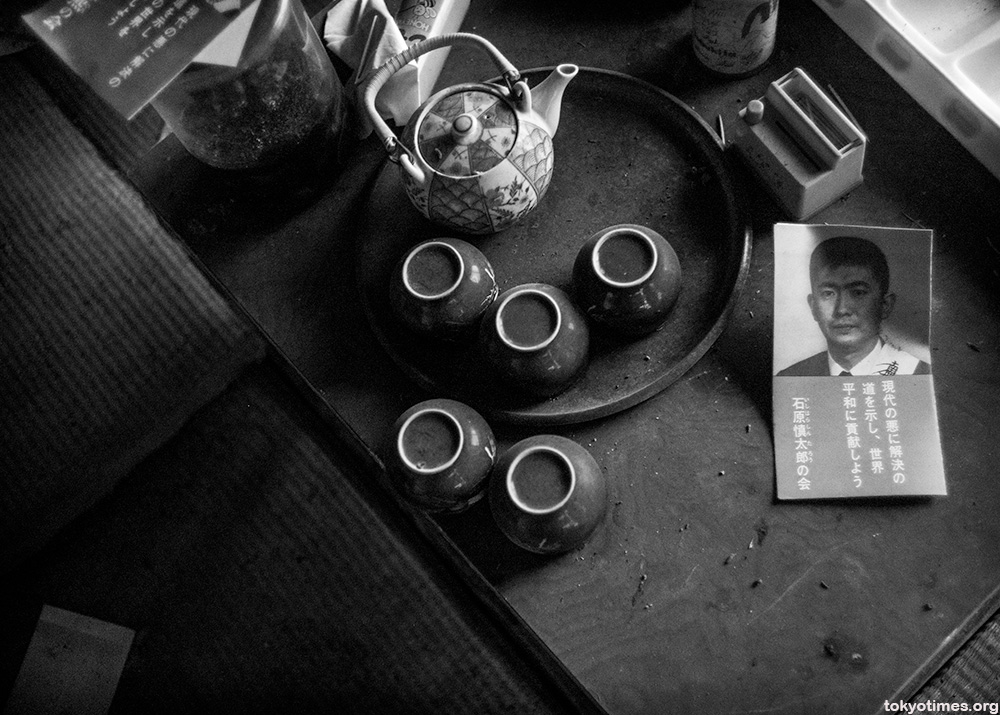 But politics aside, what’s most striking of all is the sheer amount of stuff left behind. The location most likely making travelling light a necessity — both logistically and financially. Meaning at times it’s almost like the people just disappeared. There one minute. Gone the next. 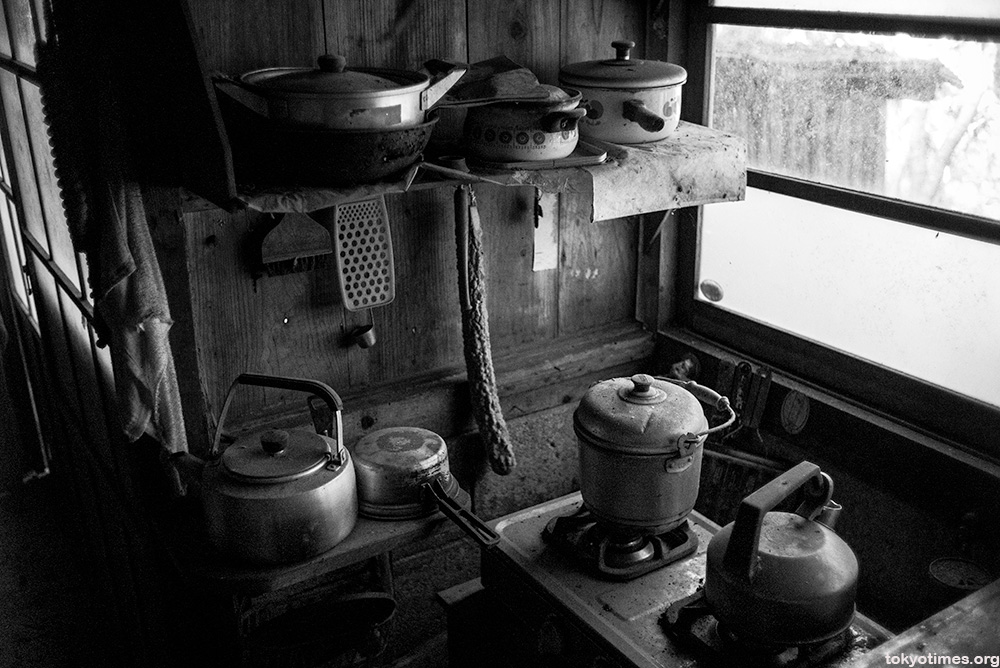 An element that, whether it be an abandoned school, hotel or house of the rich, exaggerates the silence. A quietness even more noticeable in a room once filled with music. 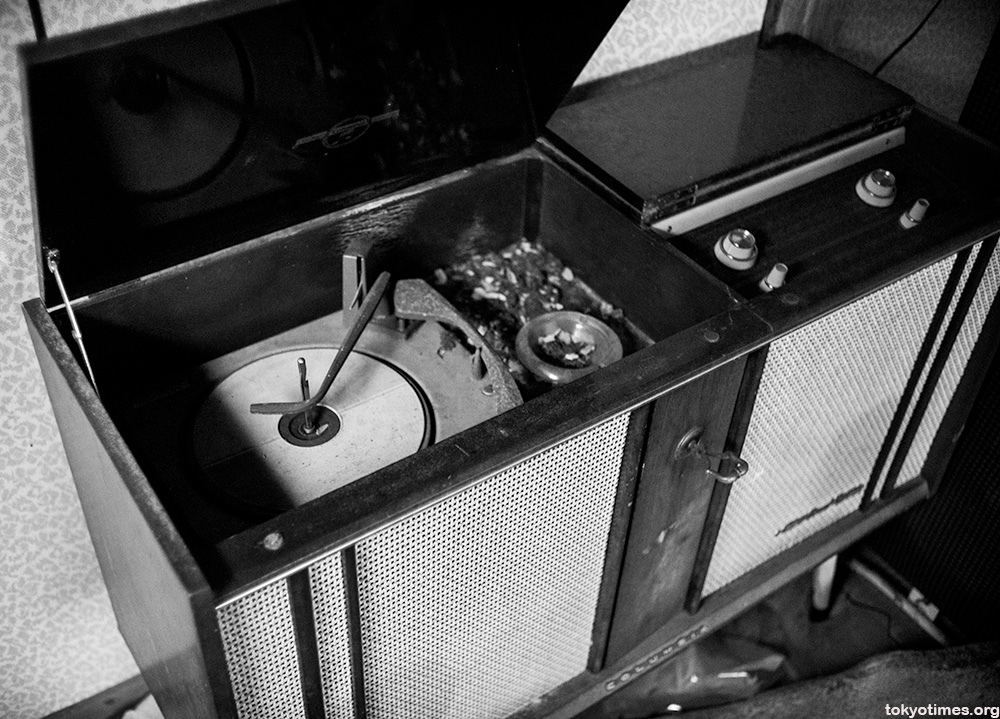 This track by Shinkawa Jiro being one of the records found with the turntable above.

listen to ‘Song from an abandoned house’ on Audioboo

And yet despite such music, the reassuring company of television was even more sought out. The central focus of such technology in each and every living room proving what an important part of life it was. Presumably both as company as well as a connection to the wider world. 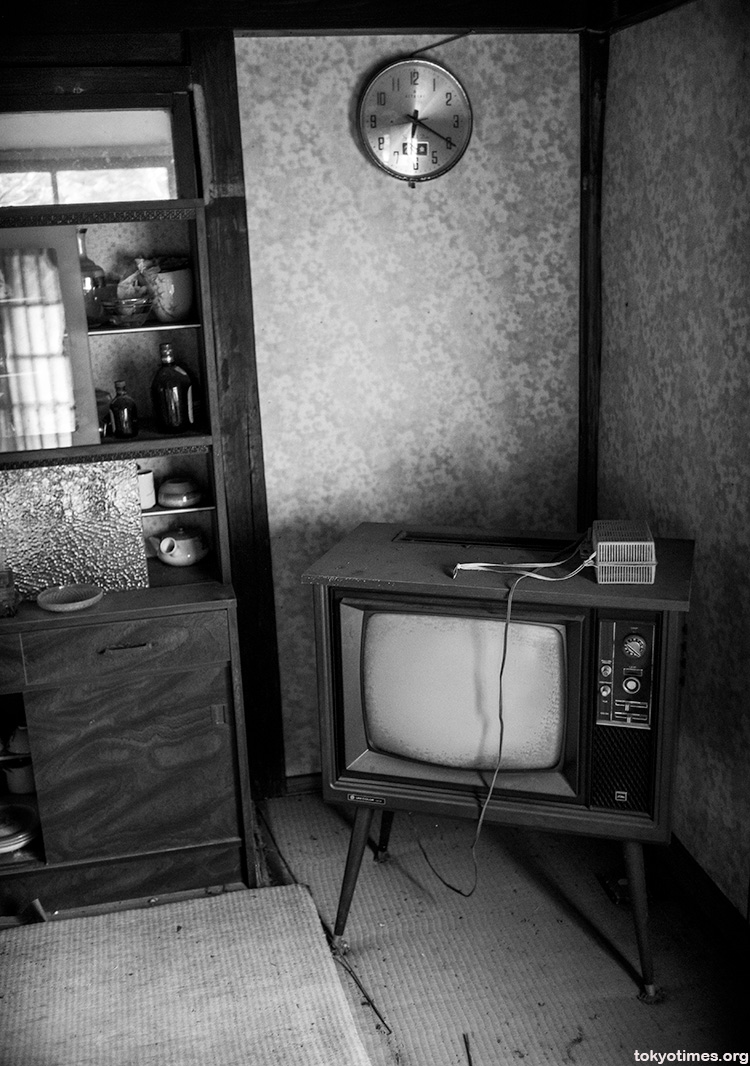 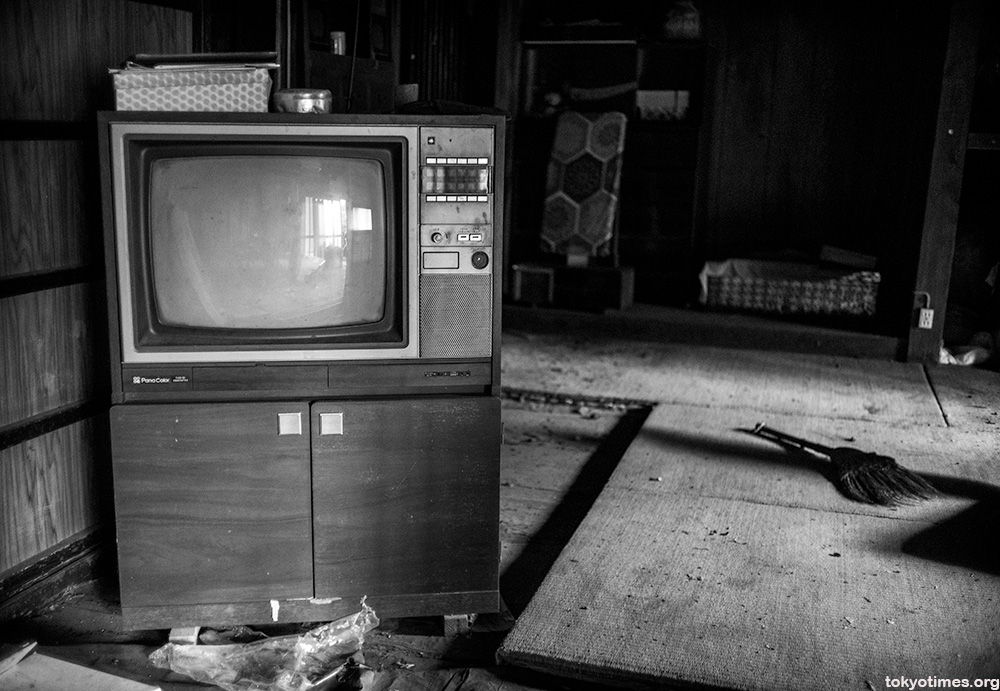 But these TVs haven’t been used in 25 years or so. Just like this rather forlorn looking favourite chair. 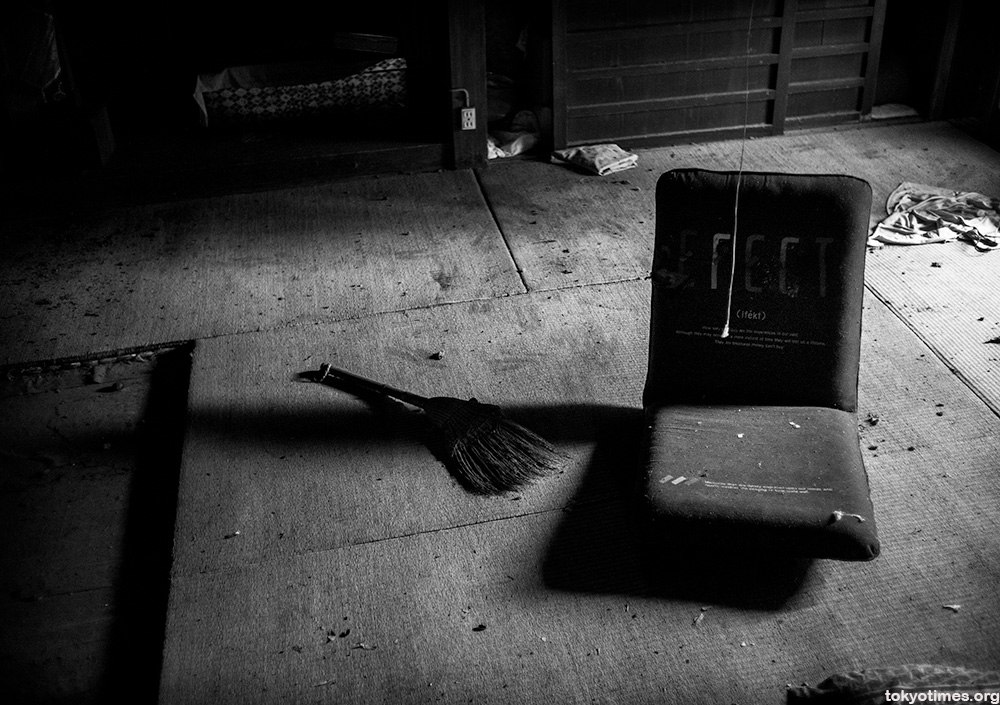 The same goes for these old toiletries. 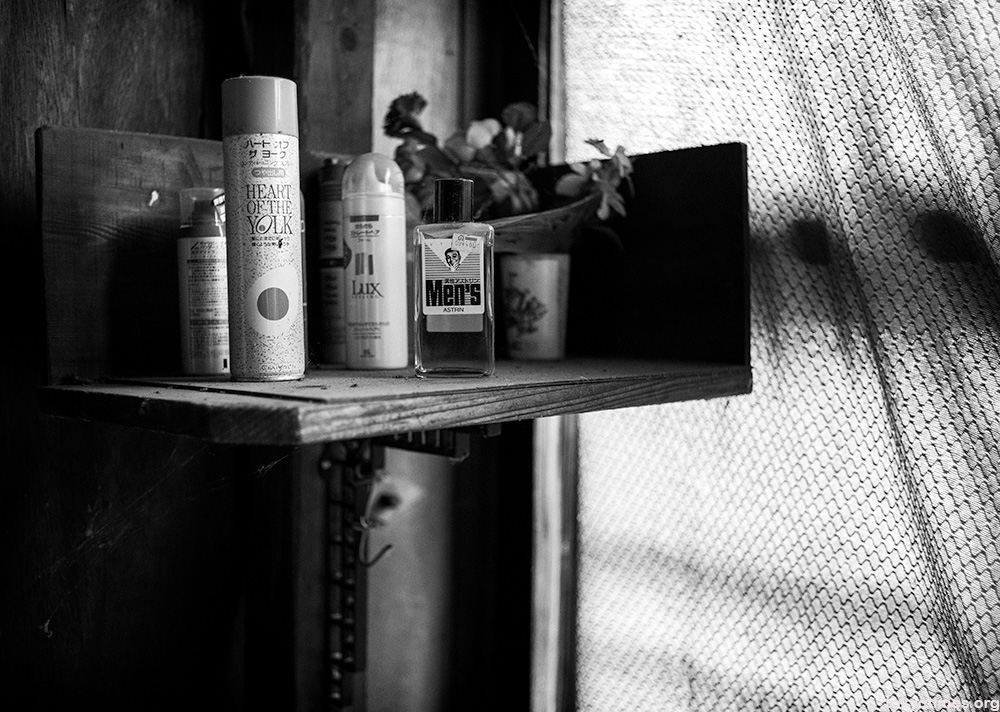 And a load of clothes now forever unworn in the wardrobe. 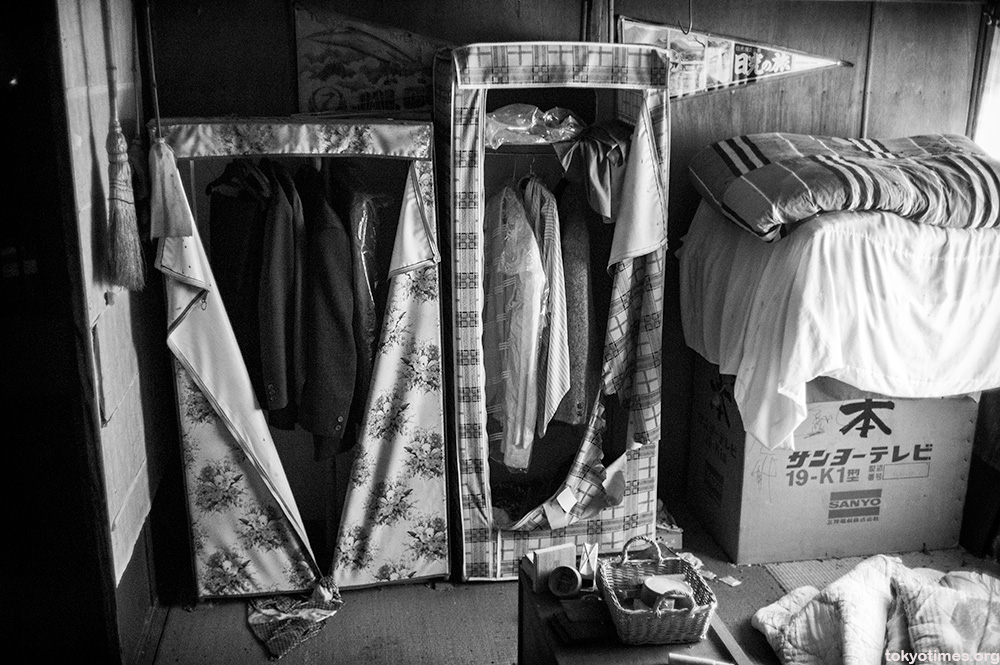 All of it set to be left for another 25 years. The only possible visitors being people like me and the occasional bear. 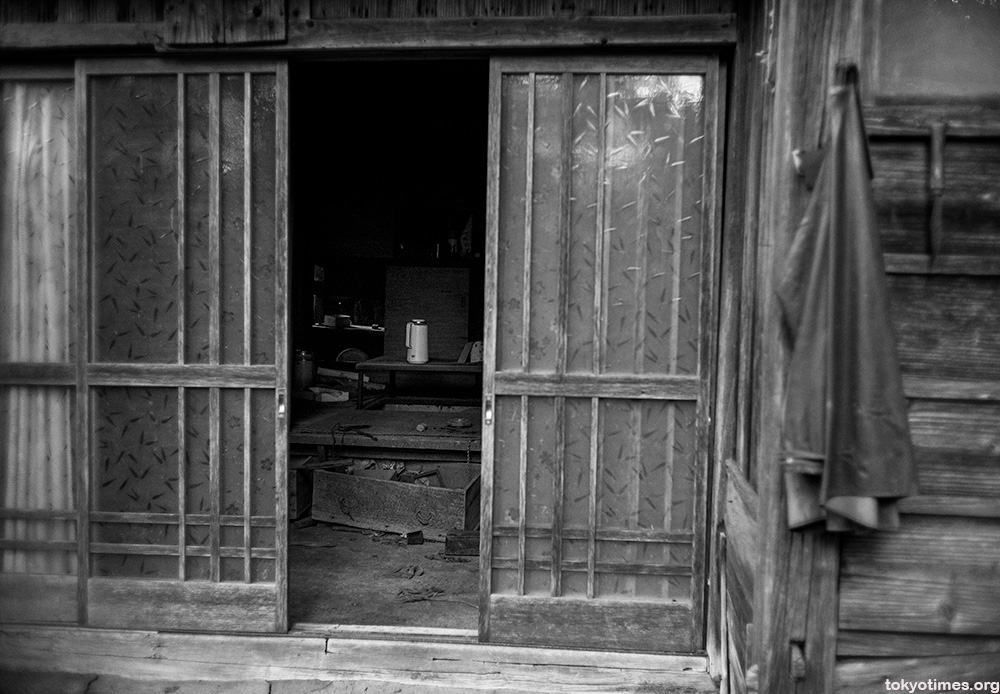 But there definitely won’t be any more callers. 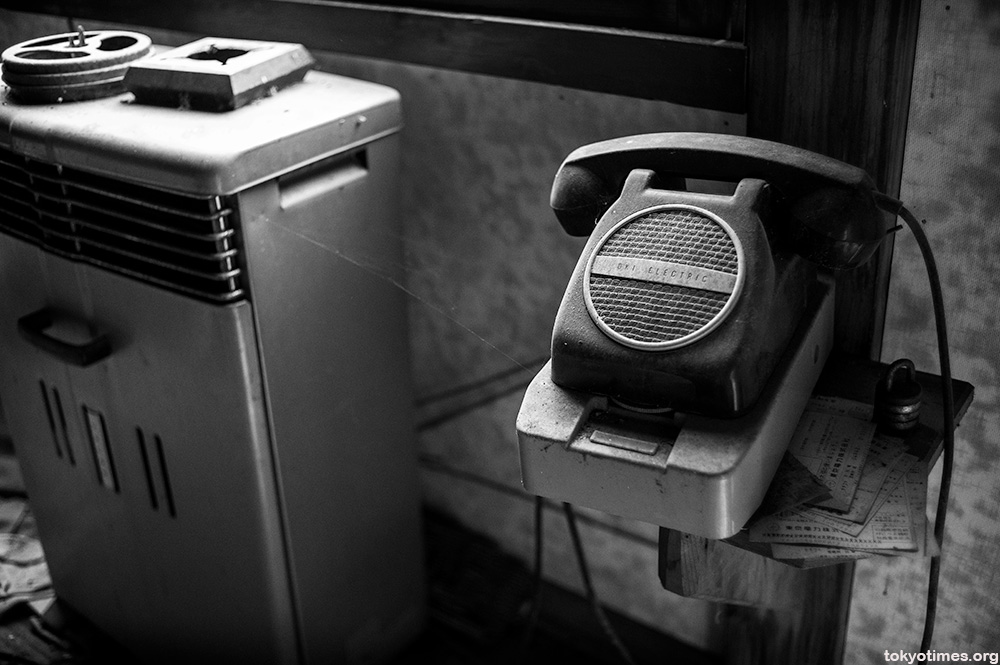