Tokyo’s Akihabara district got its Electric Town moniker in the post-war period when handmade radios and their components were sold, often illicitly, on the street. A surprisingly humble start for a place that became the capital’s go-to spot for all things electrical.

Over the following decades the area stayed true to its name, but in the 1980s it began shifting more towards gaming, anime and otaku culture in general. A scene that Akihabara went on to fully, and very successfully embrace, making it forever synonymous with subcultures that have now gone mainstream.

It’s a change that is obvious the moment you leave the station, but at the same time there are still plenty of electronics shops in the area, and even the old-style component side of things hasn’t completely disappeared, meaning it’s still possible to get your hands on whatever obscure, or fiddly little part you could ever wish to find. An element these two previously posted photos — taken in 2018 and 2019 respectively — amply prove. Almost comically small businesses that in so many ways hark back to those very early days of radios, market stalls and a distinctly DIY approach. 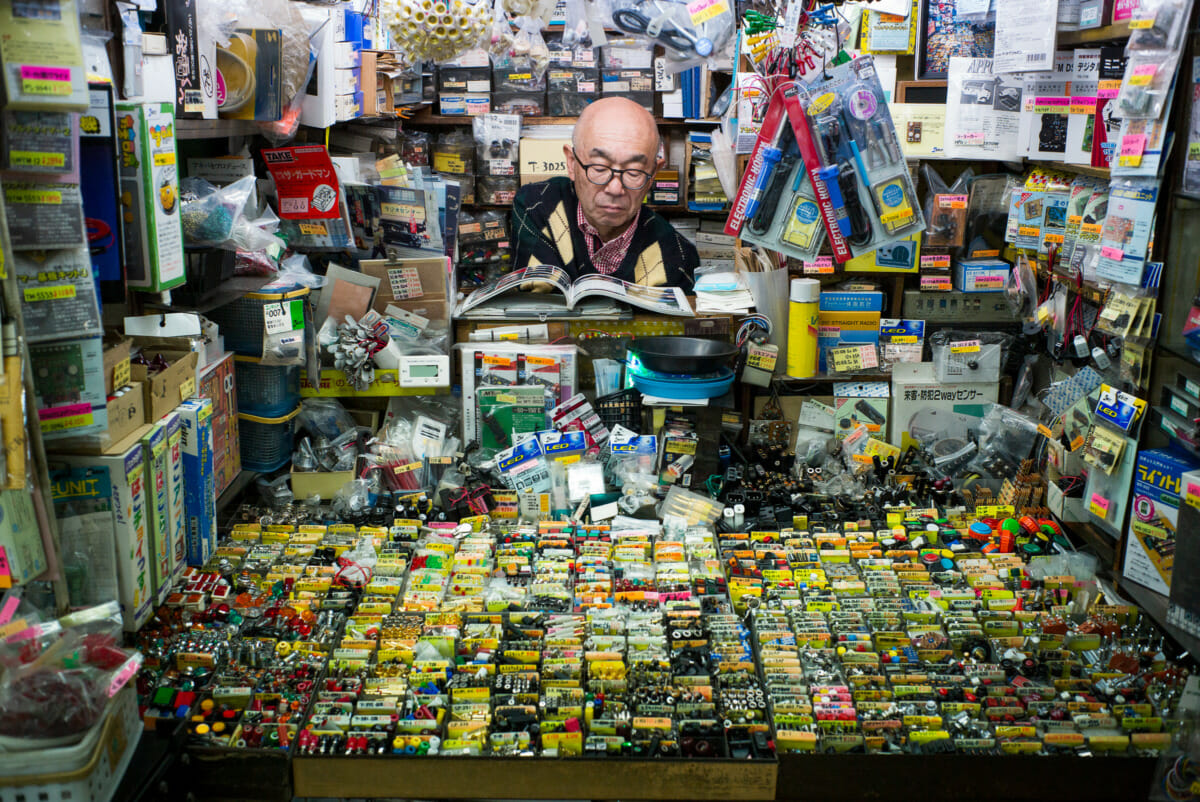 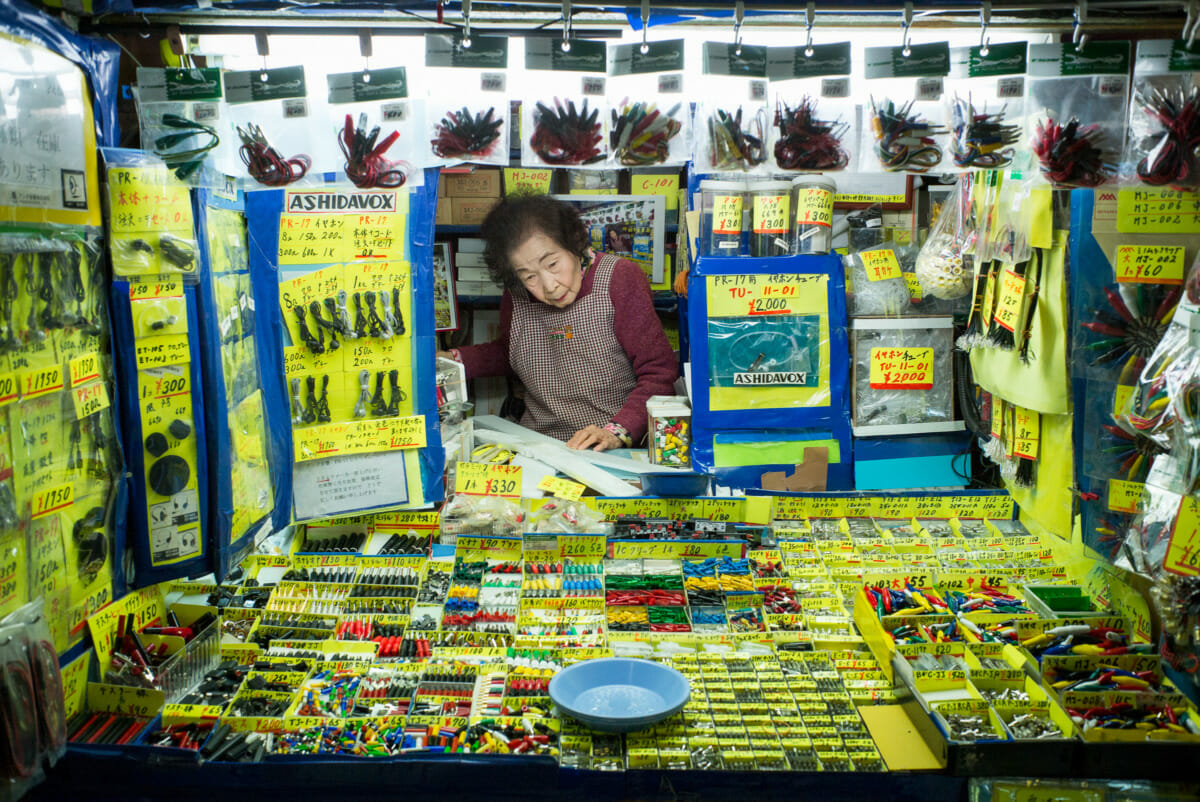 Taken before either of those photos, however, is the shot below, which predates the earlier one by 4 years. Long forgotten, it’s an image I found recently when searching for something else, but seeing it again, it somehow seems a lot older. A moment — to my eyes at least — that almost manages to straddle Akihabara’s early days, and the world famous maid cafe anime mecca it has become. 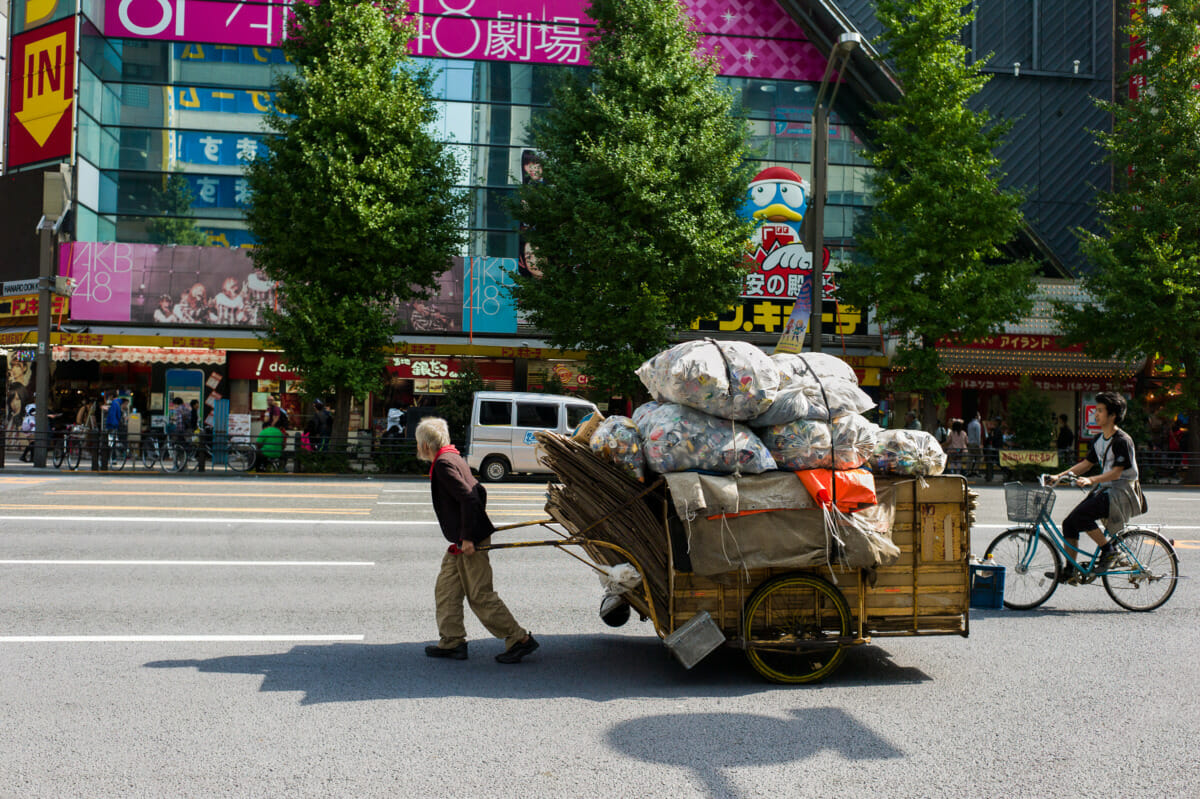