Some haikyo/abandoned buildings are so well documented they are practically tourist spots, resulting in a steady stream of urban explorers like myself eagerly photographing them and foraging around for details. In many ways this is arguably a good thing, as without such exposure these places would remain hidden. Yet the downside is that every photo seems to take away a little more of a haikyo’s soul — or at the very least any surprises. So finding a barely visited, little known treasure trove is a real treat; especially so when it’s one as full of memories as Midori no Sono nursery school. 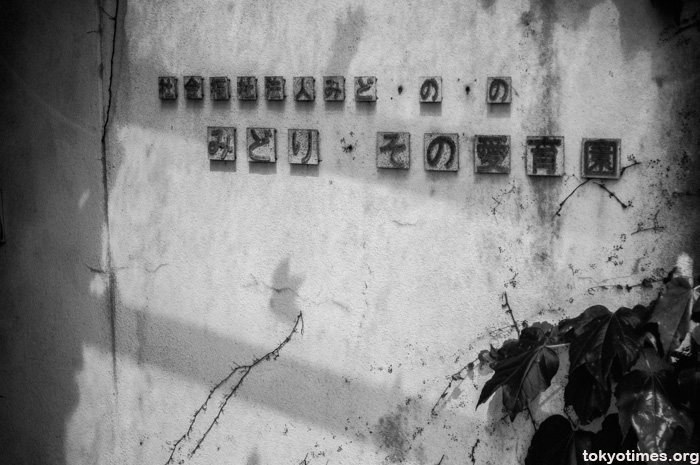 The school itself has a rather convoluted history. It existed way back in 1948, but only as an unofficial place where youngsters used to congregate under semi-supervision. This resulted in it becoming a locally recognised school 7 years later, and then in ’62 it was given full state approval and extra funding — a move that eventually helped finance the building that stands there today. One constant, however, was the kimono-clad woman in the photo below: Niikura Midori. A person it can only be assumed owned — or at the very least ran — the school, as she was there from the very beginning, and the closing of the nursery seems to have coincided with her death. 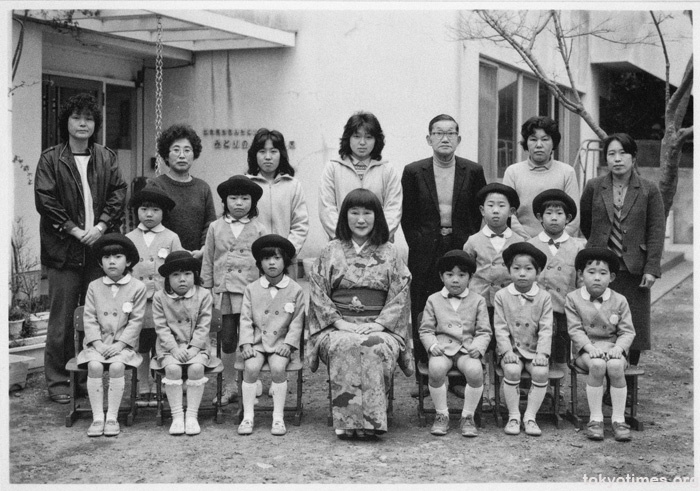 That was in 1992, and since then, the building and everything inside it have remained remarkably intact. Pretty much untouched it would seem. And nowhere is this more evident than in Niikura-sensei’s living quarters; a good-sized area on the school’s top floor that also doubled up as a meeting room for the small group of teachers who worked there. 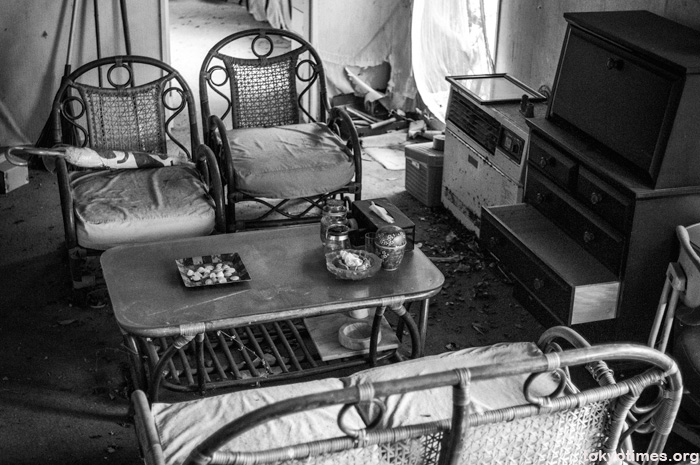 Staff members who might also have used the adjoining kitchen and bathroom. 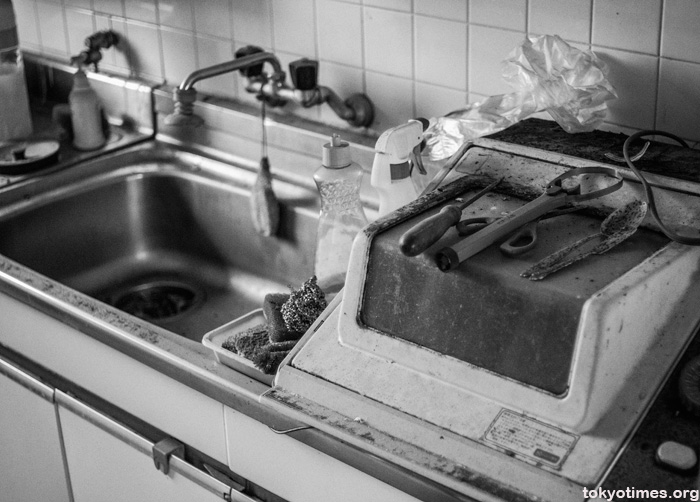 Maybe even the odd child did too. 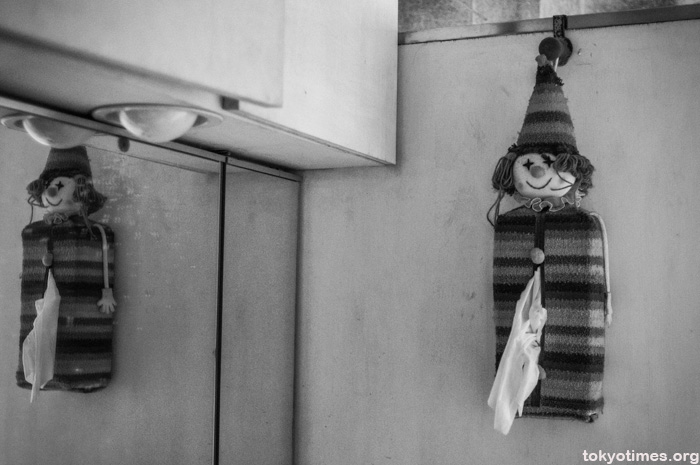 But the rest of it is very much an old lady’s home. 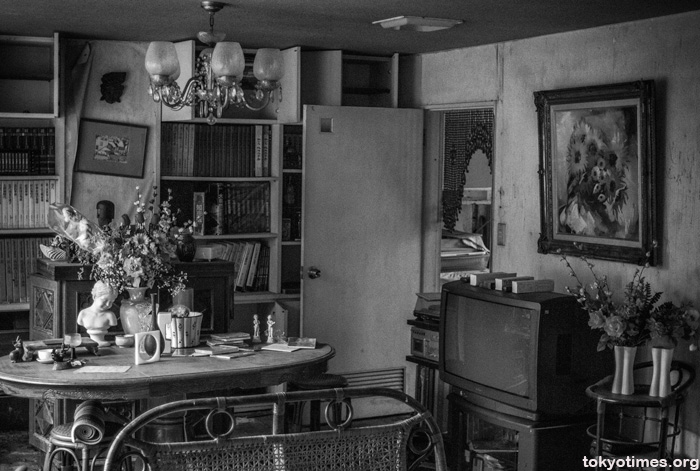 The large number of ornaments and other items saying a lot about the woman as well as her age — without a doubt the most touching being this music box. The sound of which, in a possession-filled, utterly silent room, was incredibly moving.

listen to ‘Midori no Sono Music Box’ on Audioboo 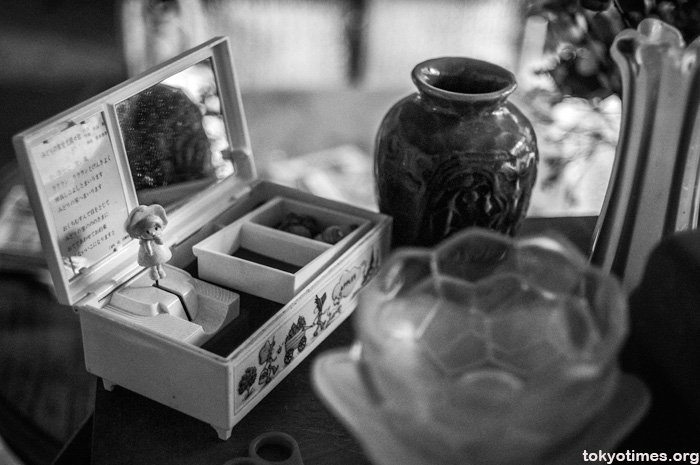 Elsewhere, it was reminders of a long life, and the possessions one acquires over time. 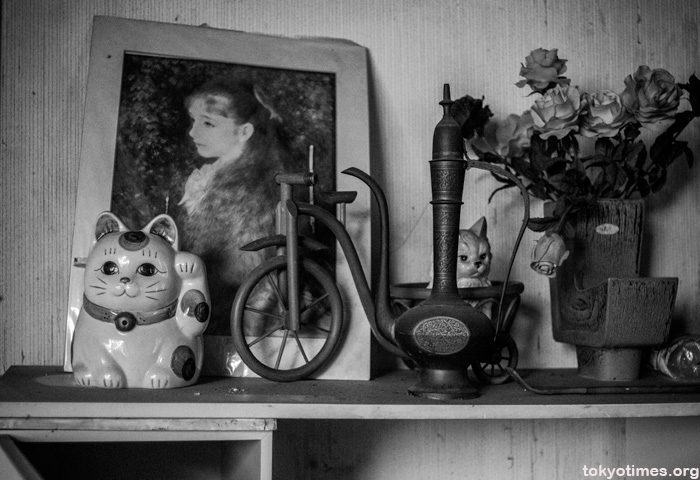 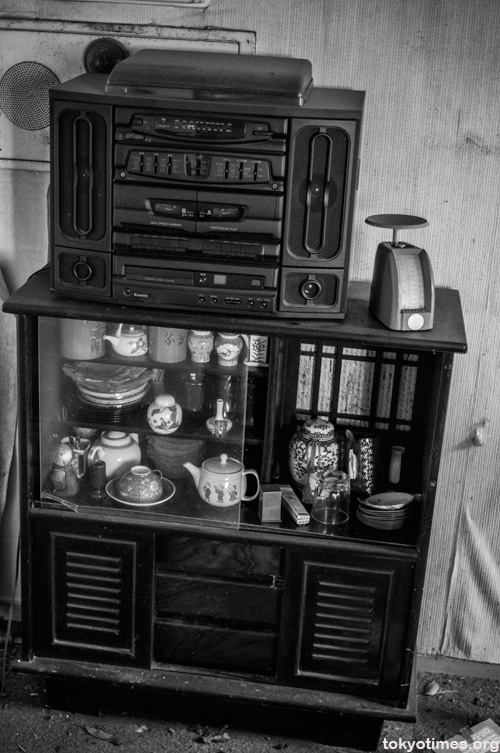 Others reflecting taste and interests. 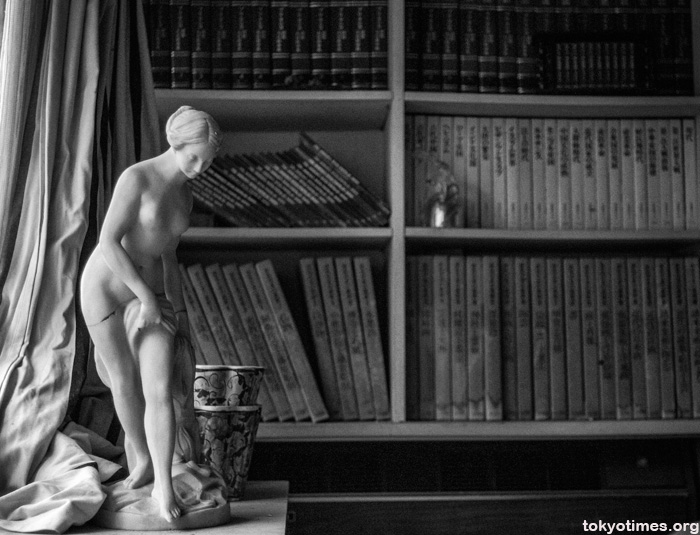 But all of them, presumably, left as they were on the day the doors closed, resulting in an experience that was incredibly interesting, but really quite sad. 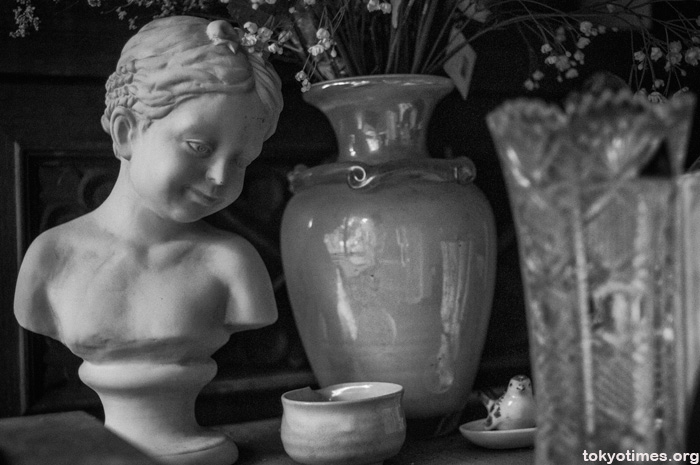 In part 2, the school itself is the the main focus, and it can be seen here. A section of the building that was nowhere near as personal as this set of photos, but at the same time, it still contained a lot of memories.