With individual rooms and connected parking spaces, the love hotel below has a fairly common design for small, relatively out of the way places. 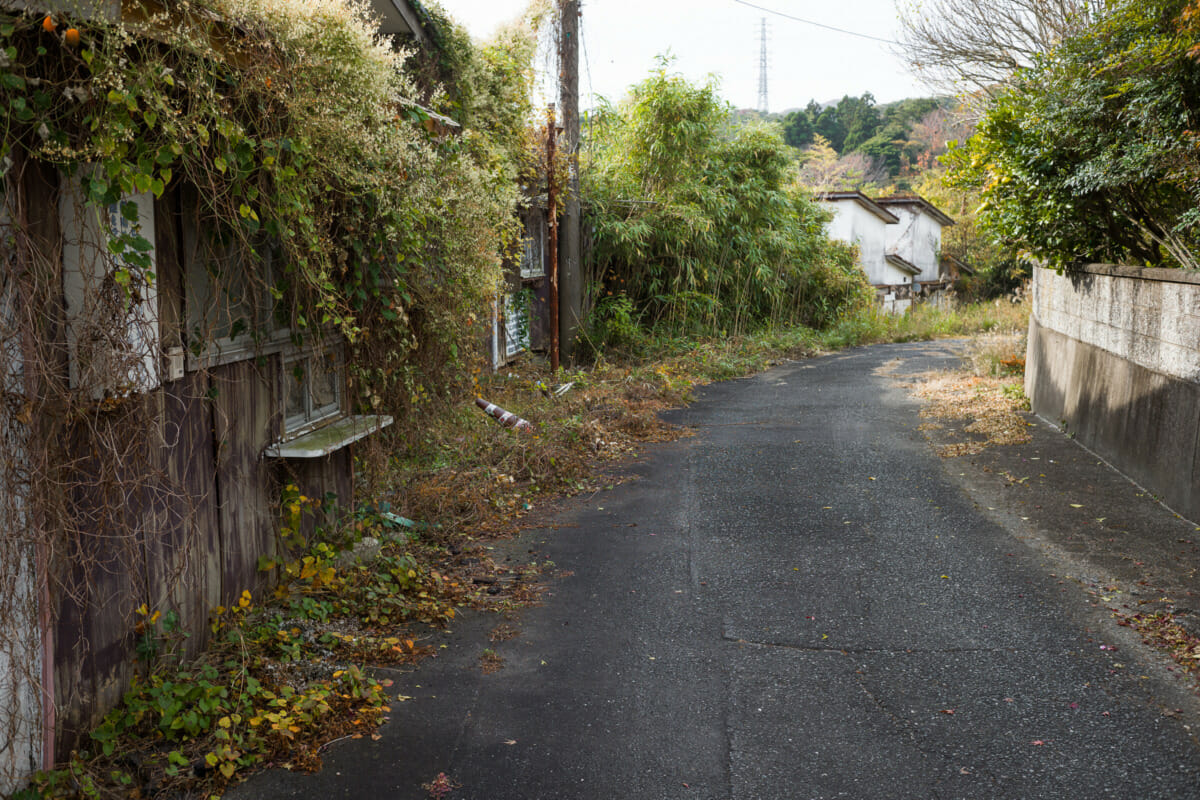 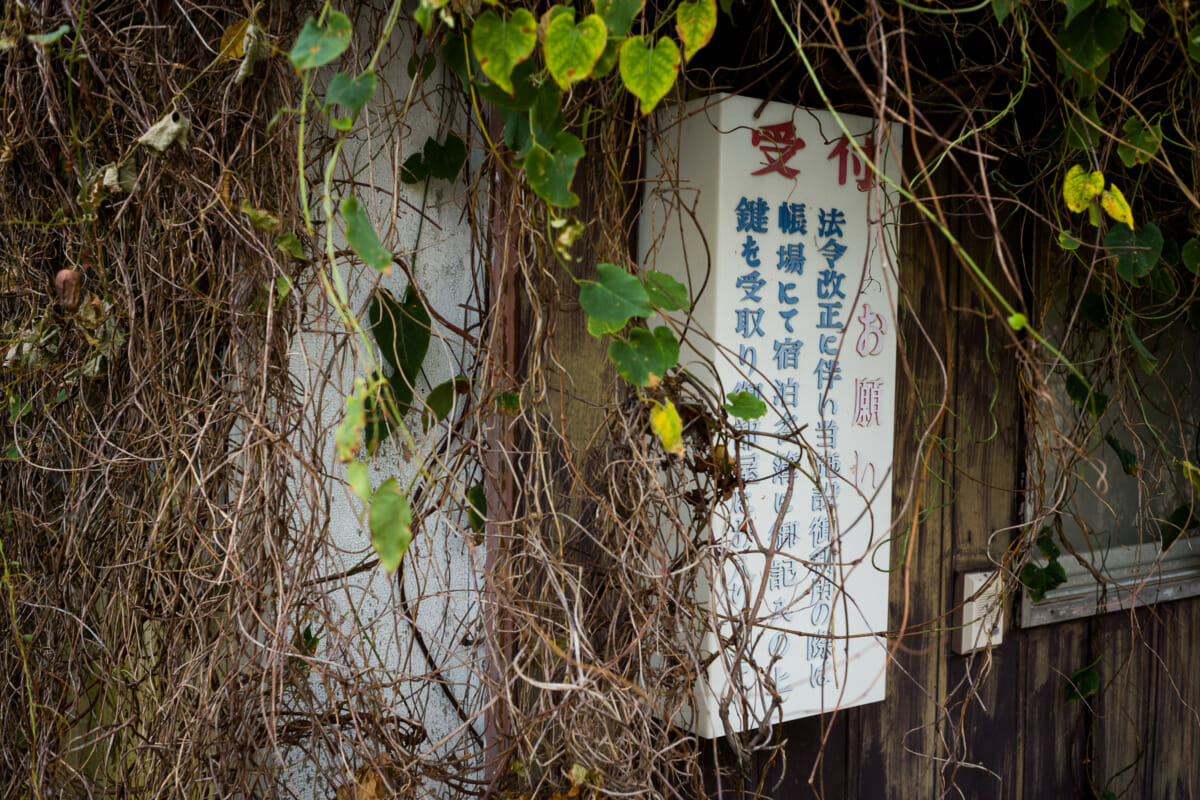 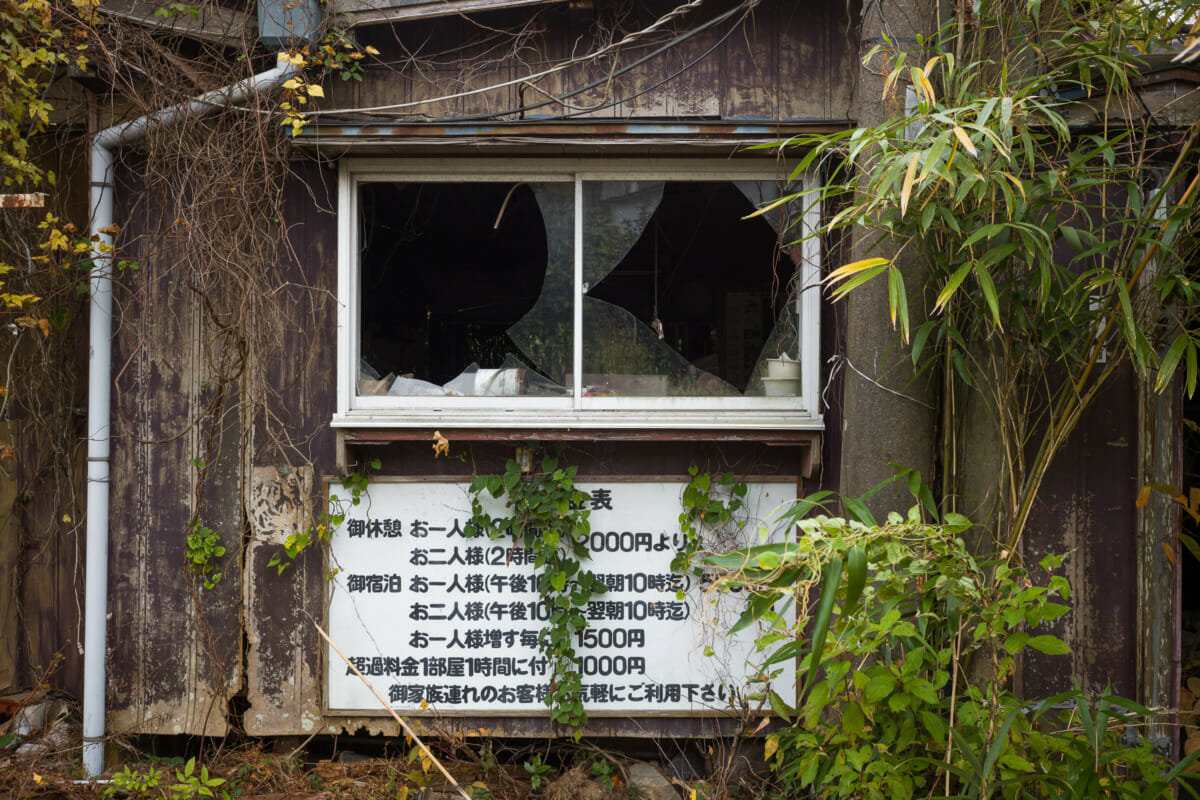 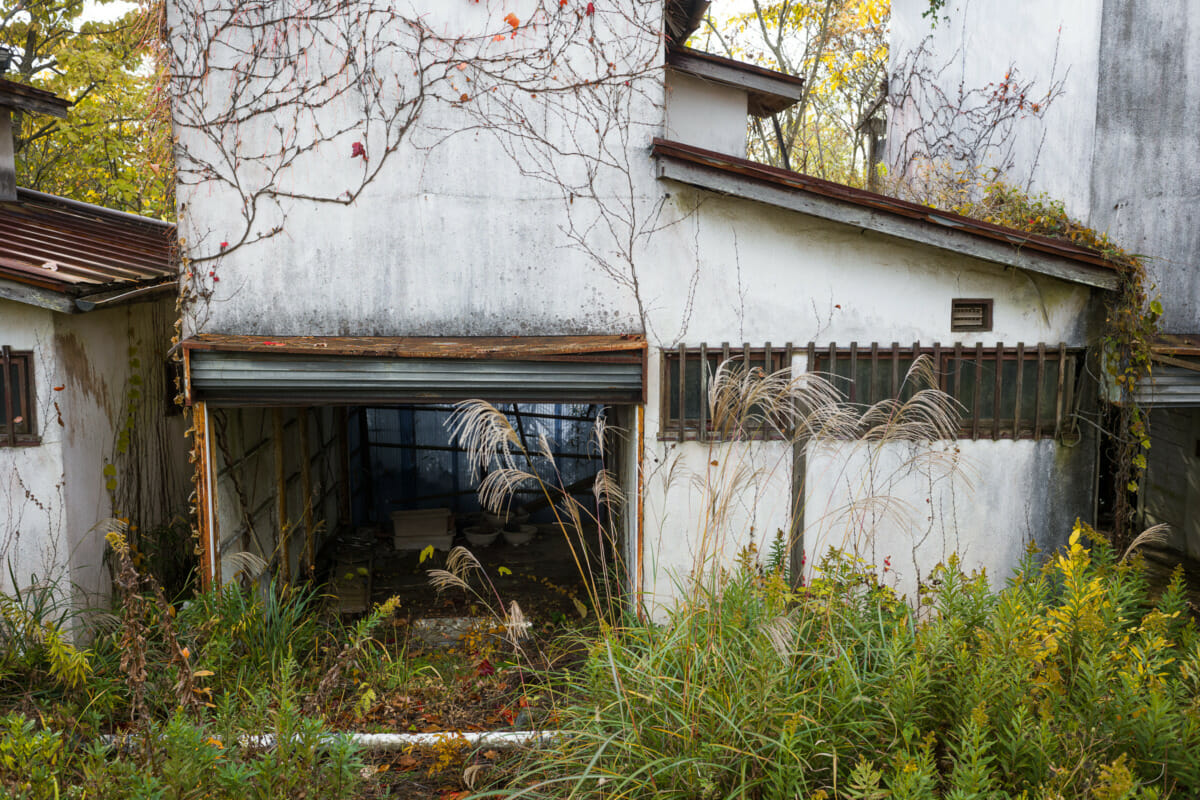 Built in the late 60s or early 70s, the rooms were presumably quite modern at the time, but unsurprisingly they now look incredibly dated to say the least. That said, they can’t have looked that much better in the early 90s when the hotel was somehow still operational. Needless to say it’s impossible to know how many customers they actually had back then, but it’s probably safe to assume it wasn’t many — hence the eventual closure of the business in November 1992. 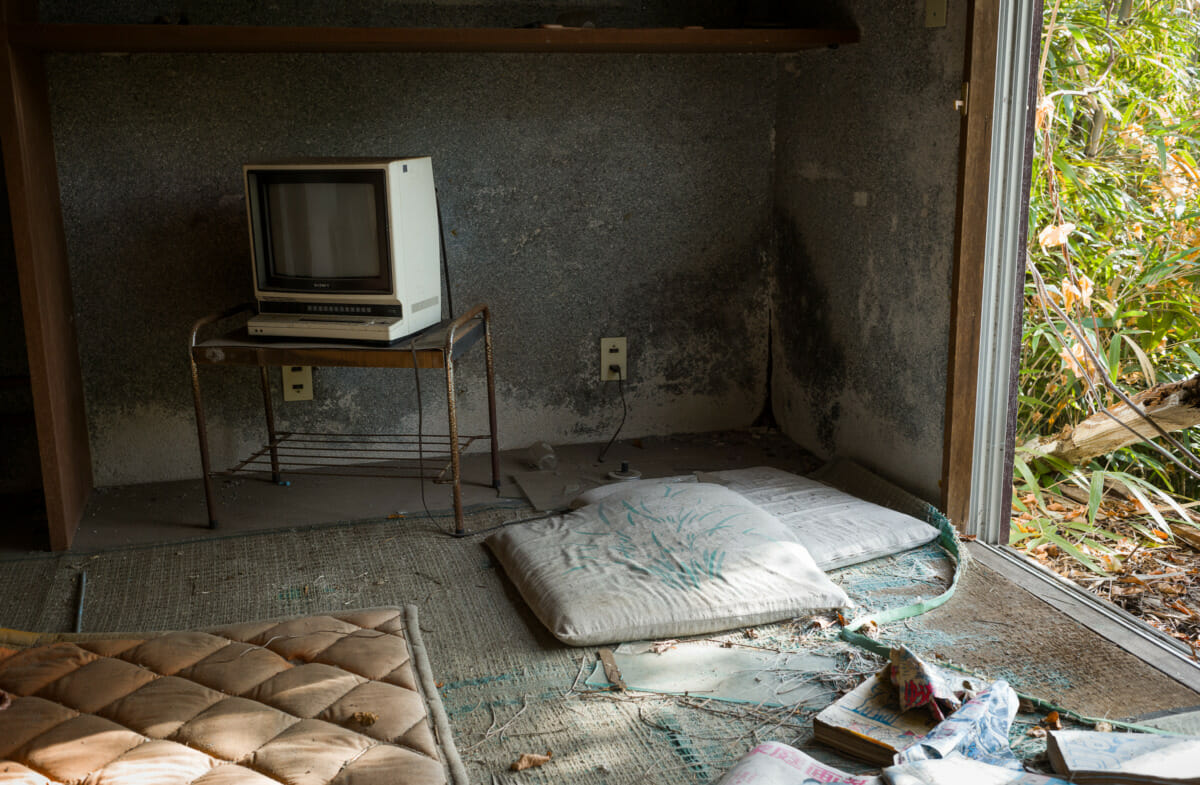 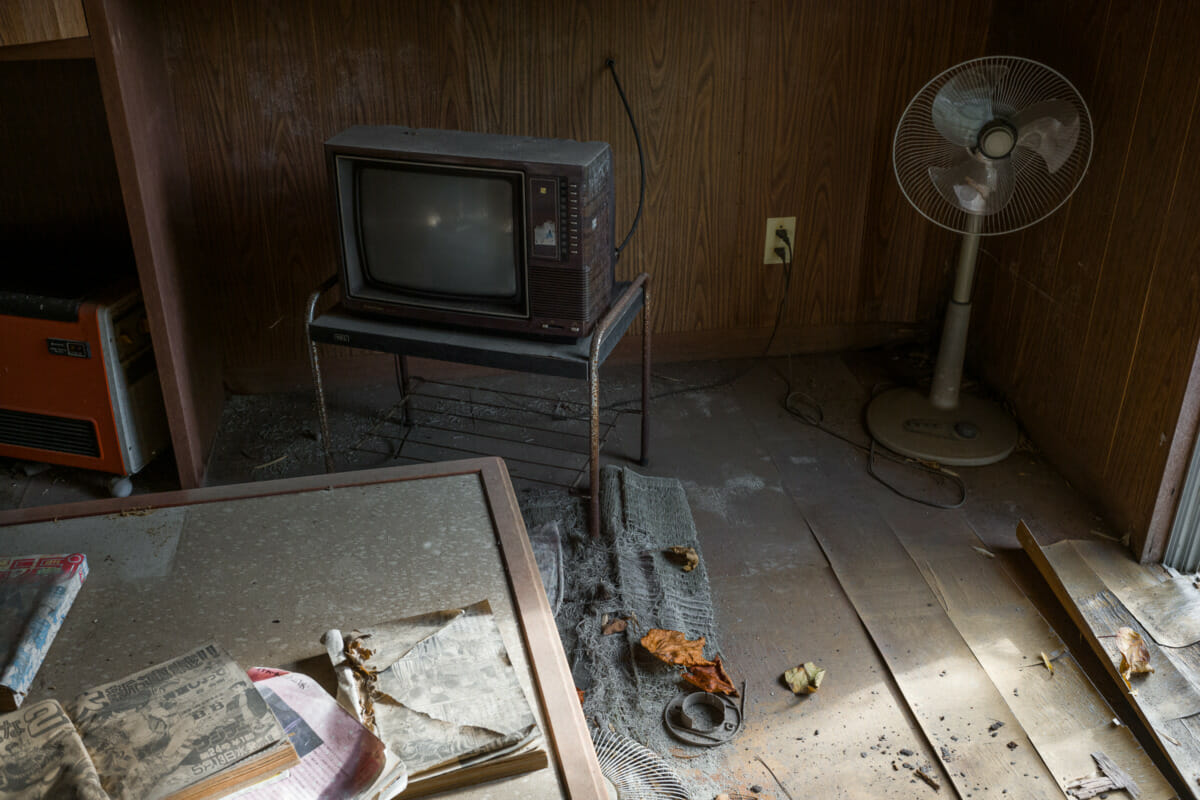 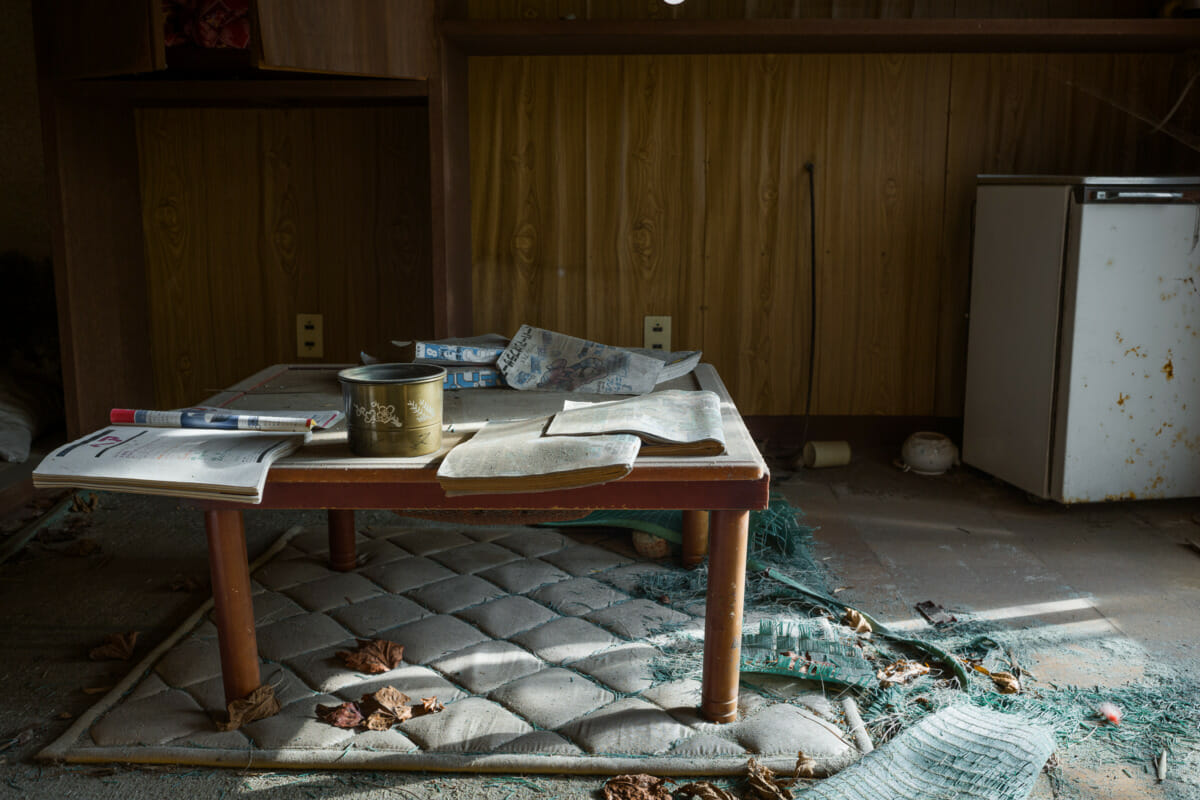 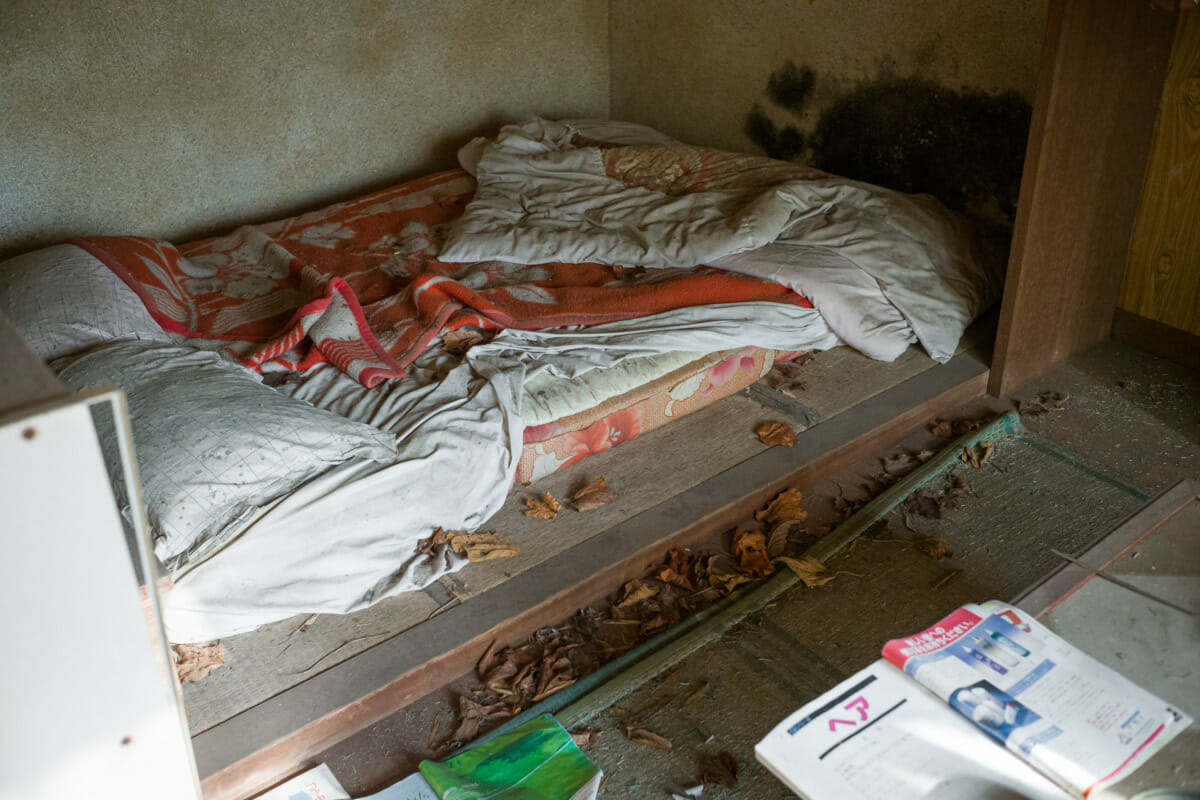 The one slightly odd thing is that lone guests and families were welcome, which is clearly unusual for a love hotel. Not that it makes any difference now of course. Little does after almost 30 years of very visible decay. Dilapidation that admittedly did make reaching the rooms quite difficult, but ultimately it was worth the effort. It always is. The chance to see and quietly take in the slow, unrelenting passage of time never fails to feel special. In fact, so much time has now passed that it’s probably fair to assume that the passion once felt in these rooms has long since fizzled out, and yet love, against all the odds, still lives on. 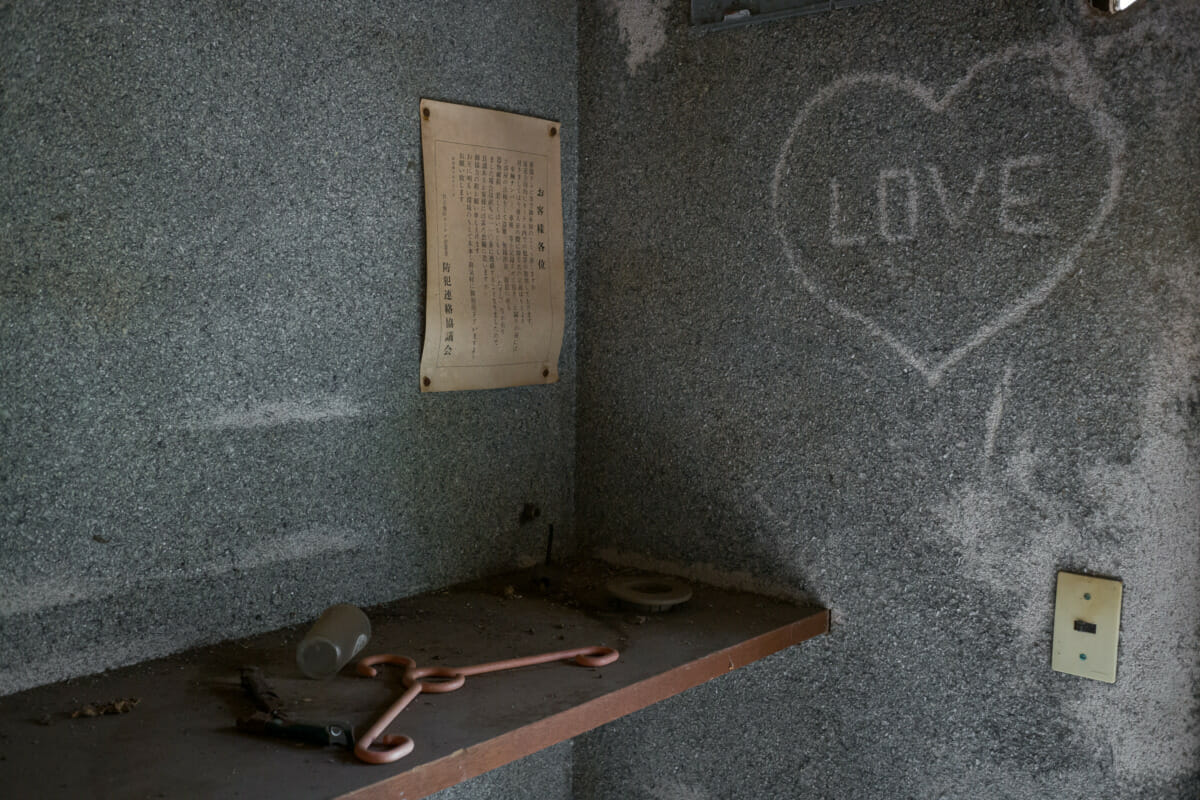