Due to the nepotistic, old boy network that masquerades as democracy in Japan, it’s not hard to understand why voter turnout is low, and apathy reigns supreme. A passing down of the positions of power that arguably makes the current, old Etonian filled cabinet of Britain, seem positively revolutionary.

But thankfully there are signs that changes are afoot, with anti-government, and particularly anti-Abe protests becoming commonplace. A movement that has been galvanised further by the Prime Minister’s recent reinterpretation of Japan’s pacifist constitution — this hugely controversial move coming only months after the same government rammed through a similarly contentious secrecy bill. The latter law making a mockery out of any kind of press freedom, while at the same time giving those in power all the freedom they need to block stories or restrict information. 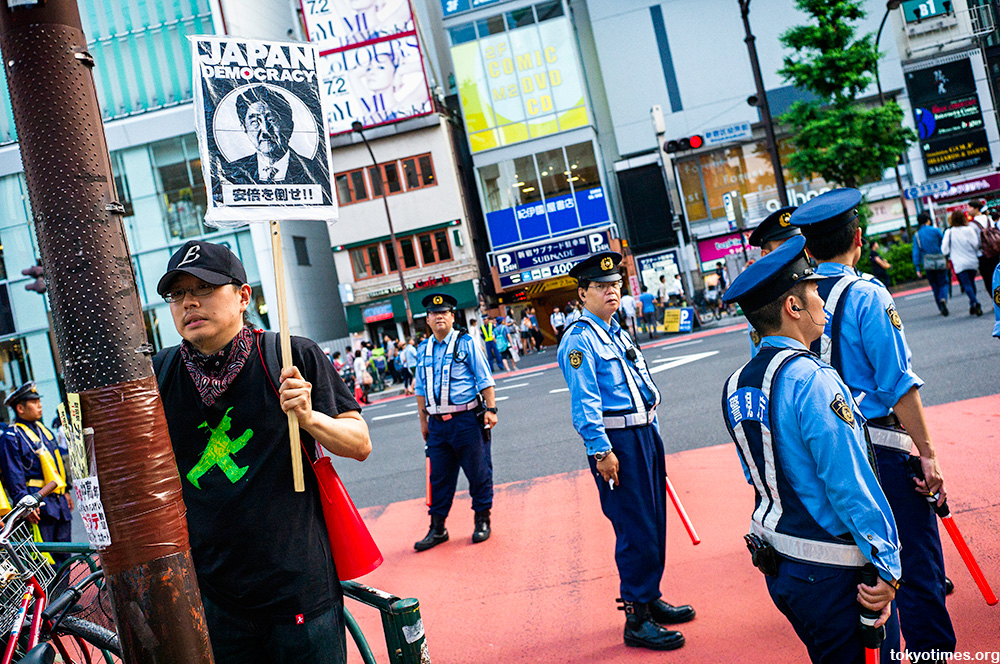 A massive shift to the right, and a worrying nod to the past, that tie in precisely with Abe’s hawkish, backward looking agenda. Policies that are being successfully rushed into being, while his much-touted, and politically motivated Abenomics, continues to falter.

But as mentioned, opposition and public unrest is growing. Many people aren’t happy. Not by any stretch of the imagination. And the target of their anger is Abe. 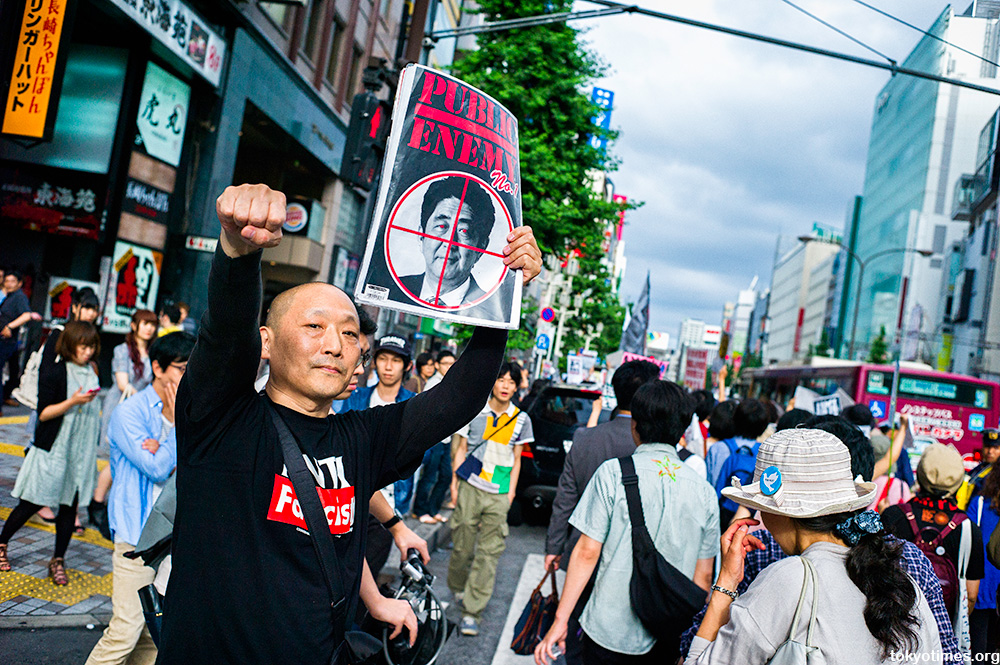 Of that there is no mistake. 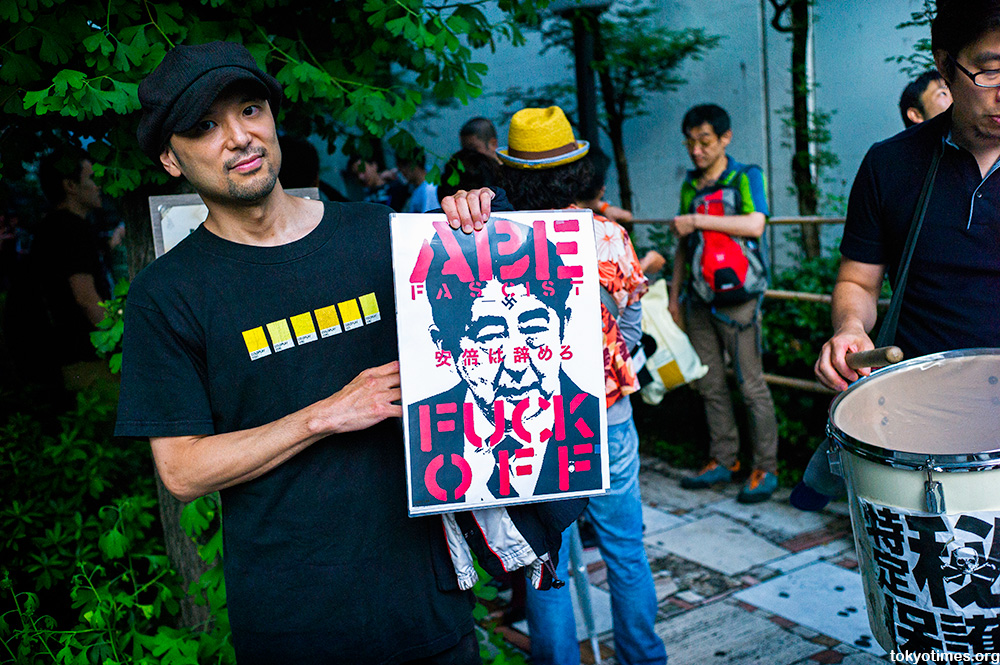