Compared to many countries, Japan is still an incredibly safe place to live: bags can be safely left on chairs; mobile phones needn’t be carefully guarded; and coming home late at night isn’t a journey one approaches with fear and a large dollop of fortitude — whether male or female.

Yet despite this rather enviable situation, crime is gradually on the rise. And if the powers that be don’t continue to crack down on wrongdoers like Tadashi Nakatsu, then the country could change considerably over the coming years.

In an unlawful act that sent shockwaves through the small town of Sayama, Saitama Prefecture, the 60-year-old criminal played 48 straight games* at a local bowling alley on Tuesday. An incident shocking enough in itself, amply proving how damaging boredom can be on the human mind; but after finishing his last game at 10:50 pm, Nakatsu-san didn’t have any money to pay his rather hefty 24,500 yen (121 pound) bill. The unemployed miscreant claiming a friend would come later with the money. 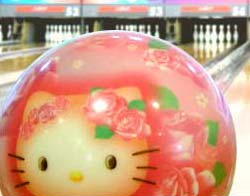 Needless to say this ‘friend’ never materialised, and when the alley closed at 2 am, the police were called in and the old man was duly arrested. Nakatsu’s confinement finally allowing nearby residents to breathe a sigh of relief and local school children to sleep peacefully in their beds.

*The alley where the incident took place stated that Nakatsu managed an average of over 150 for his 48 game stint.