Tomonori Daimon was found guilty of squeezing the buttocks of one flight attendant, and placing his hands on the hips of another. Whist pleading guilty to the charges, and admitting to being a little drunk, Mr. Daimon claimed that there was nothing untoward in his actions, as a quick squeeze of the buttocks was his way of a friendly greeting.

All I can say is that I’m glad I don’t work in the same office as the overly tactile Tomonori. 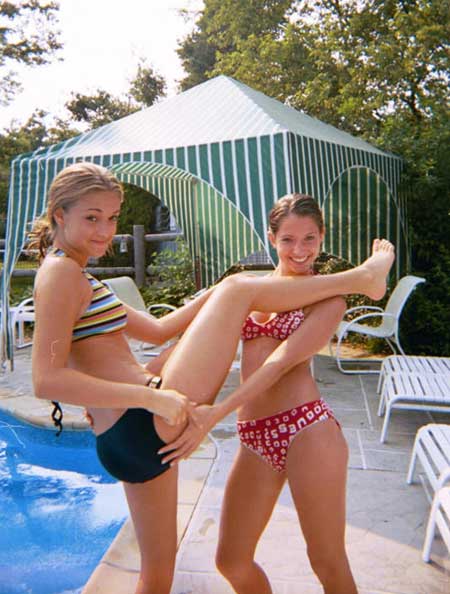 Above is a gratuitous picture of a couple of young ladies (who just happen to be wearing bikinis) enthusiastically demonstrating the Daimon-san form of greeting yesterday.