Unlike many countries, Japan has a wonderfully relaxed, carefree attitude towards religion. It’s simply not an important aspect of daily life for the majority of the population. Nor does it play any real role in regards politics or public morals. And while temples and shrines may well be everywhere, it’s arguable that for most people, visits are more out of superstition and/or custom, rather than any real sense of spirituality.

Christianity, on the other hand, is a little different. Adherents have actually sought out a religion that is not associated with Japan. A belief system that for a long time was actively repressed, with those outed as followers persecuted, sometimes even killed. Of course that’s not the case now, but Christians still make up less than 1 percent of the population, and as such they have to try a little harder when it comes to finding a place of worship. But churches are out there. They just aren’t always that obvious that’s all. Neither are they especially beautiful. 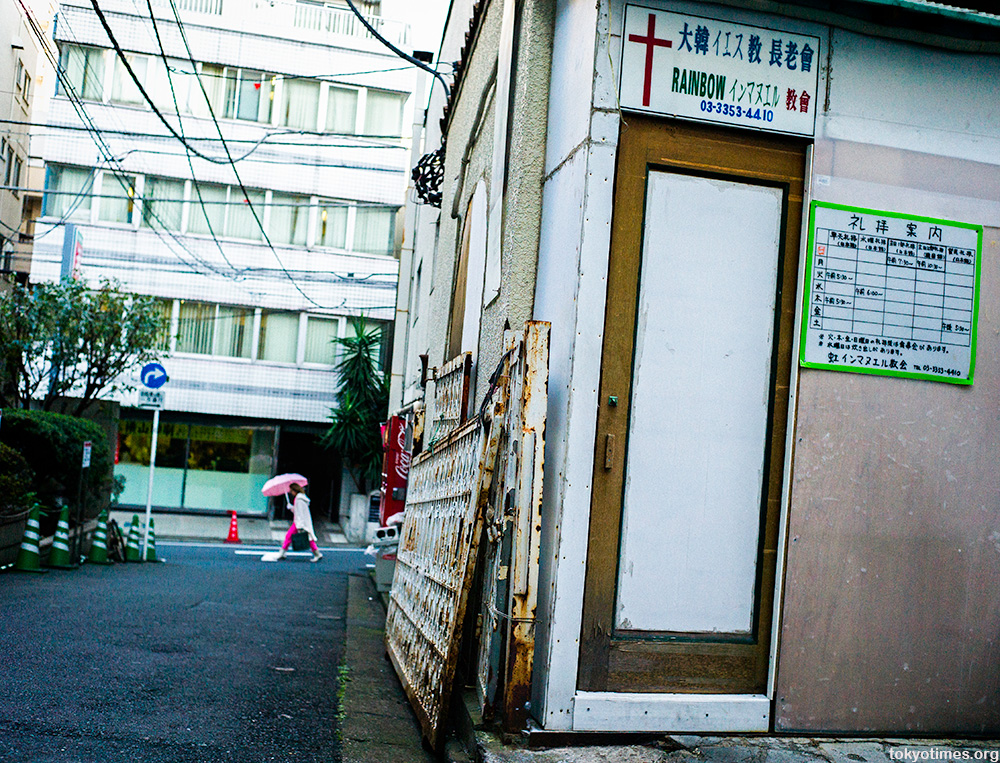