Arriving back in Japan from Britain, the contrasts between the two countries are considerable, such as the torturous heat of Tokyo compared to northern England’s almost negligible nod at it, and the fields being full of rice rather than rapeseed. Plus how, at least as far as the latter is concerned, the crop is cared for. With Japan boasting creations all the way from the colourful, 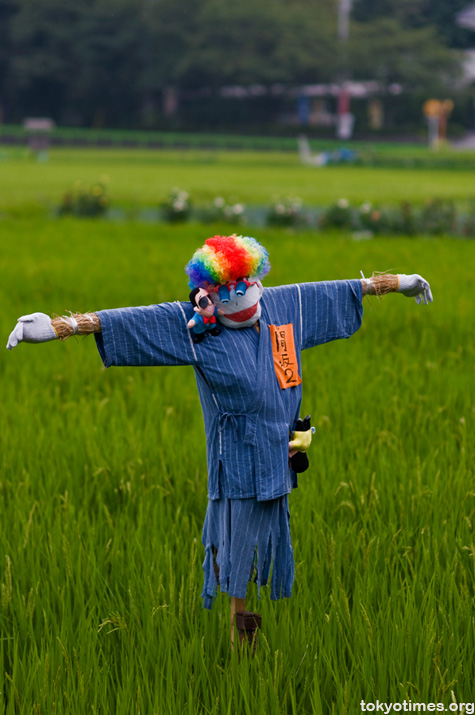 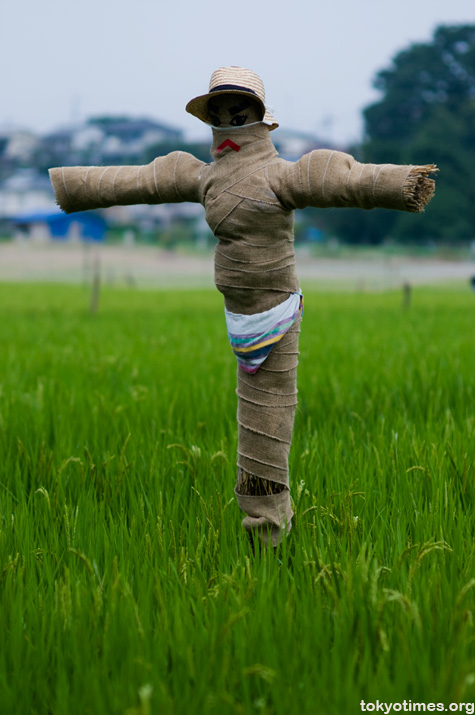 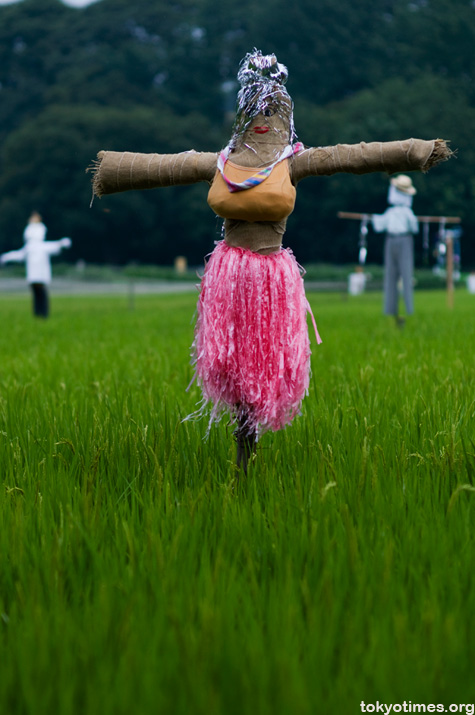 Along with a few others that sport kimono-like clobber, 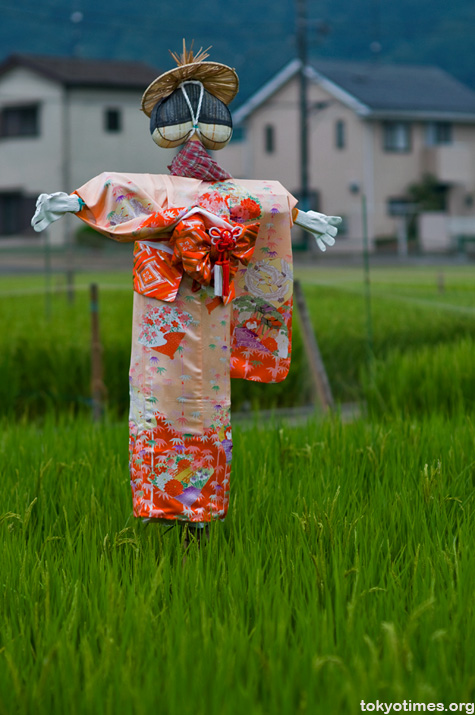 or a somewhat comical countenance. 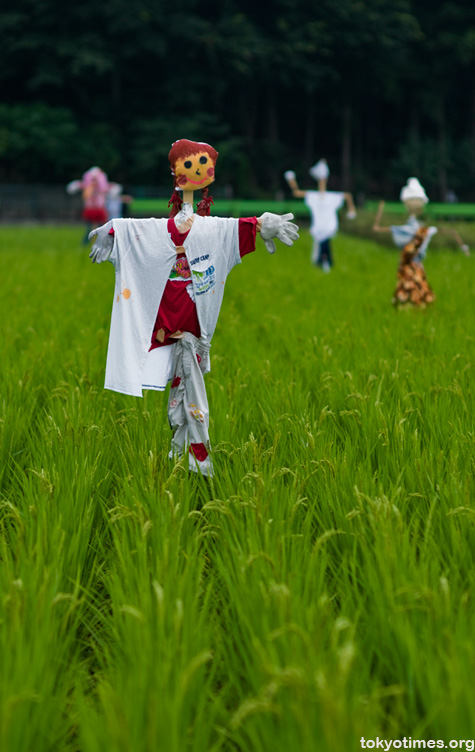 With some even looking suspiciously like characters from comics. 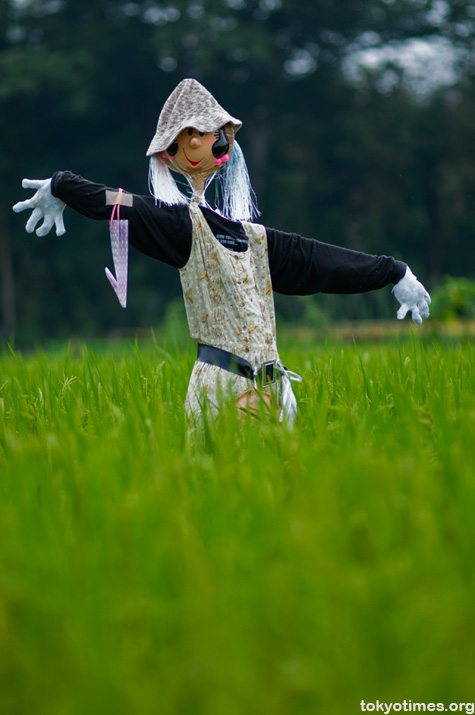 And last but not least, the odd creation that could well be considered a little cruel. 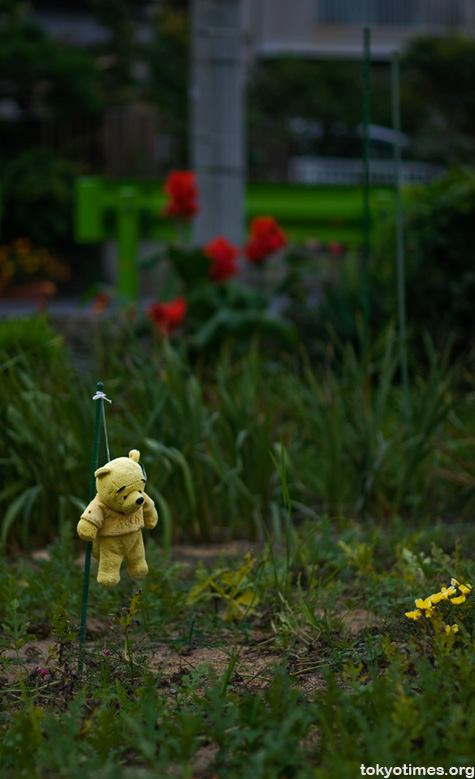