Fugu (or blowfish) is arguably Japan’s most famous delicacy. For the simple reason that if the fish isn’t prepared correctly, the poison contained in its internal organs can quickly kill any unsuspecting diner. The toxin is so potent that 1 gram of the stuff can kill 300 people. And if that’s not enough, there’s no antidote. 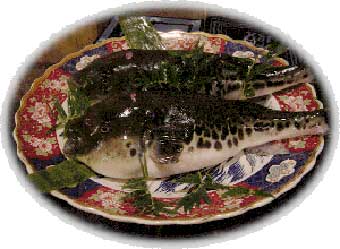 Perhaps Fugu’s best known victim was a famous kabuki actor who was struck down in 1975, although every year the dangerous fish claims a few victims. In 2002 there were 6 fugu fatalities, but last year’s tally was reduced to just 3. A testimony to the strict regulations surrounding fugu preparation, and the issuing of licenses to those permitted to serve it. 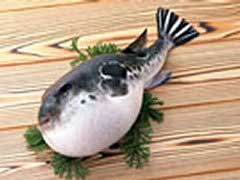 Can I still not tempt you?

But all this may be about to change. Scientists claim to have cultivated fugu that contain no poison, making the whole of the fish completely safe for human consumption. This news however has received a decidedly lukewarm response from fugu connoisseurs. Some claim that this focus on the potential danger of the fish detracts from how well it is prepared and presented. Whilst others say that producing safe fugu takes away the thrill of eating it.

Now I must admit to having never eaten fugu. Not for cowardly reasons of course, but simply because it’s so expensive (are you buying that?). But I can see where the fugu fanatics are coming from. Especially those who talk about the thrill of eating the fish. Take away even the slightest chance of being poisoned, and surely fugu becomes just your average run-of-the-mill fish. Arguably no different from a bit of salmon or cod. But put a bit of poison in there, and you’ve got yourself an exotic delicacy. One that garners a lot of attention, and perhaps most importantly for fugu restaurants, allows them to charge a ridiculous amount of money for a fish that apparently has very little taste. 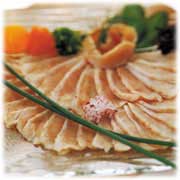