The yen might well be falling, but due to an island dispute and hawkish new prime minister/long simmering resentment/economic stagnation/sheer idiocy (delete where applicable), nationalist sentiment is going very much in the opposite direction. Or at the very least, public expression of such views is, with shouted attacks and individual hatreds just a few of the scenes I’ve seen of late.

But a goose stepping flag waver heading an (albeit rather small) organised march seemed like a further shift in an already worrying trend. 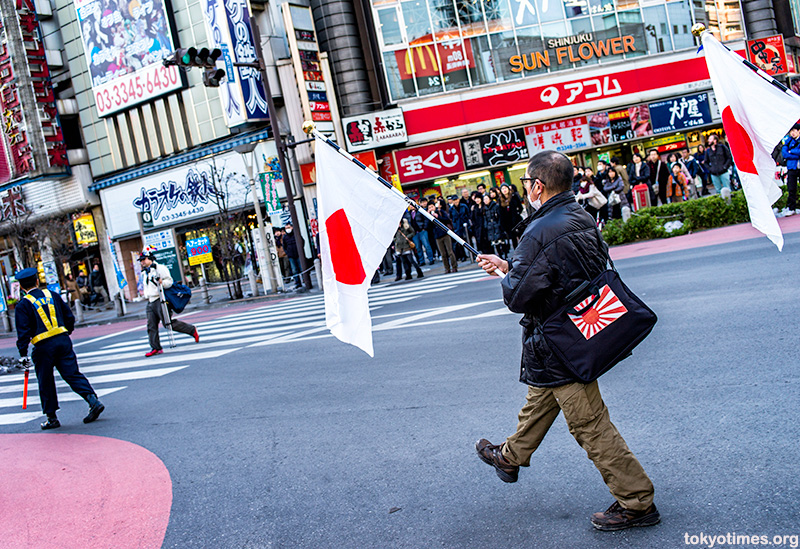 Particularly so as those behind him were suggesting a call to arms in the country’s aforementioned and ongoing territorial discord with China. 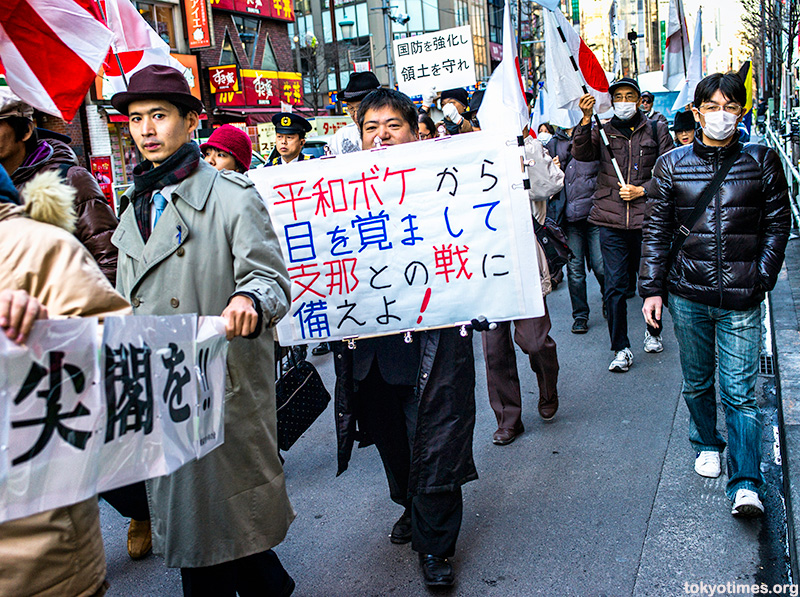 The only blessing being that a brief fracas with a group of angry bystanders and some of the marchers about 5 minutes after these photographs were taken, does suggests that some people at least are having their eyes opened in regards where the country may be headed.