In a bid to maintain its position as the premier purveyor of featureless feline fashion, Hello Kitty manufacturer, Sanrio, appears to have set itself the goal of emblazoning everything known to man with its all-conquering cat.

A practice that admittedly has worked wonders up to now, although there have been some far from reassuring rumbles of late, with the likes of the product pictured below causing some to suggest that the company has begun to poke its fingers into provinces that are patently inappropriate. 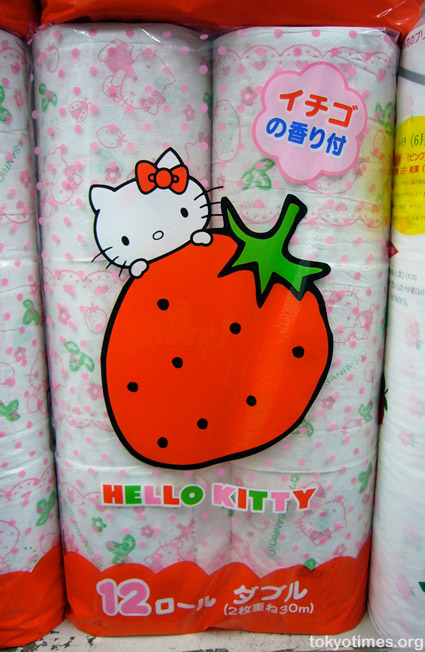 This previously unmentionable matter resulting in the once untouchable Japanese giant suffering some merciless muckraking, and even becoming the butt of some business-related jokes.

Plus, due to the currently far from stable financial climate, some analysts have gone so far as to suggest that the corporation could conceivably go bottoms up, although privately this has been poo-pooed by many.