After the rather surprising success of the idog, Sega has made moves to further cement its position as the leading light in the world of MP3 player compatible plastic animals (and now aquatic vertebrates), by introducing the ifish. 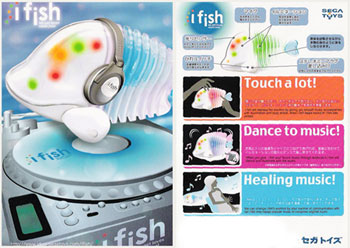 As well as its much vaunted ‘touch a lot’ attributes, the little white wonder flaps its tail to music — a fishy frug of sorts — and even has the ability to glow different colours; its incredible variety of moves and hue set to have users mesmerised for seconds, even minutes at a time. 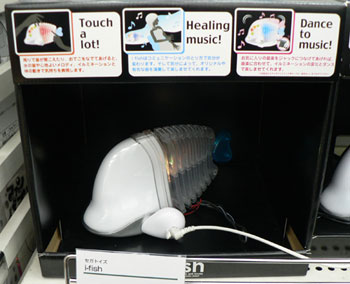 Yet not content with merely a flap here and a flash there, the ifish is also capable of composing tunes of its own, although whether these original ditties will match their alleged ‘healing’ properties remains to be seen.

The ifish will set you back a fairly modest 5,229 yen (25 pound), although iPod nano owners may want to hold back a while and see if the much rumoured nano-only iamoeba ever materialises. 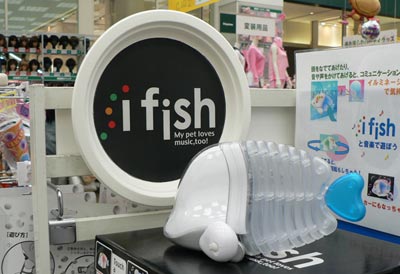