The amazing success of maid cafes in Japan has resulted in a sizeable selection of spin-offs, including those based on religion, relief and even race. A trend that has also been turned on its head somewhat with the likes of butler cafes — establishments that apparently attract connoisseurs of both beverages and boy love.

Also, along very similar lines, we now have Edelstein, a newly opened cafe based on a boys’ boarding school. 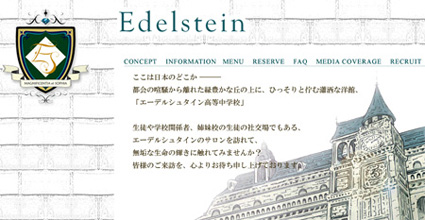 Hardly revolutionary it has to be said, although as well as the usual selection of food and drinks, Edelstein also aims to reward its more regular customers by offering free photo opportunities with the ‘pupils’. 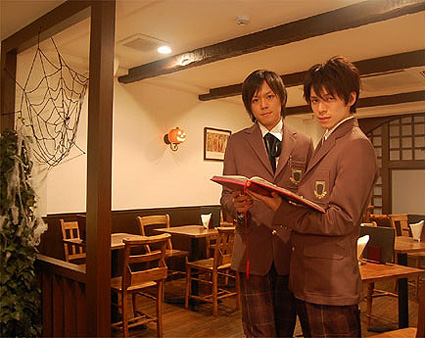 However, how many visits are necessary for the real authenticity of a spot of boarding school buggery round the back of the bike sheds has yet to be decided.