Japanese boat racing (kyotei) certainly doesn’t have the same image as its bigger and much more respectable relative, horse racing, as there are no fancy hats or royal connections down by the river. No families either. Just boats and lots of betting. 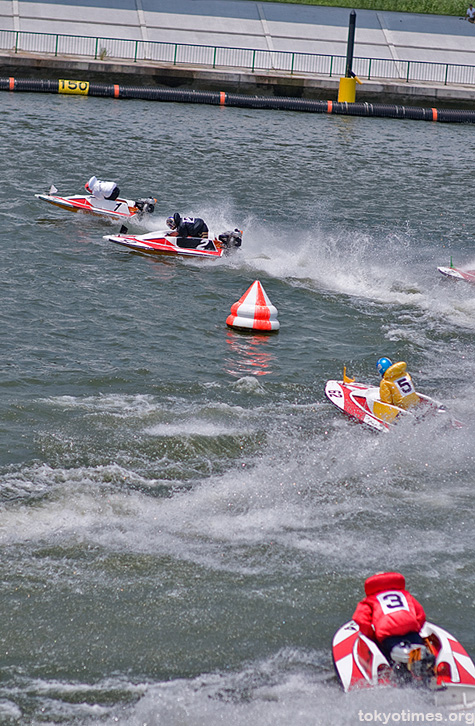 A sport that unashamedly boasts a collar as blue as the water, or at least boat number 4. 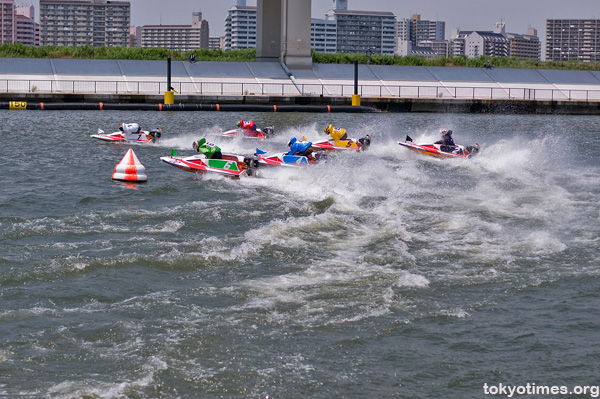 And, perhaps due to its lack of airs and graces, and much more functional rather than fancy facilities, it is one of the friendliest and most welcoming places I have ever had the pleasure to visit in Tokyo.

Of course that said, when it came to figuring out the form of the drivers. 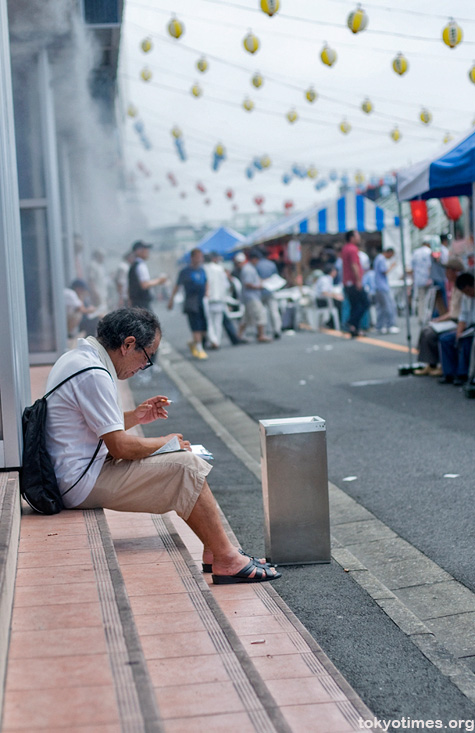 And watching the actual races. 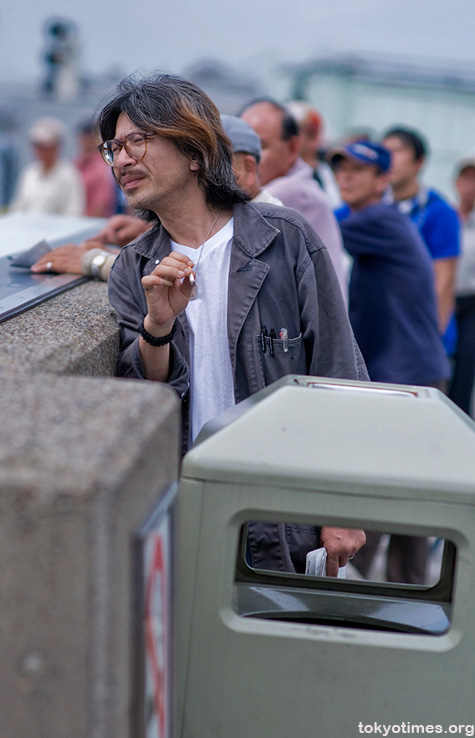 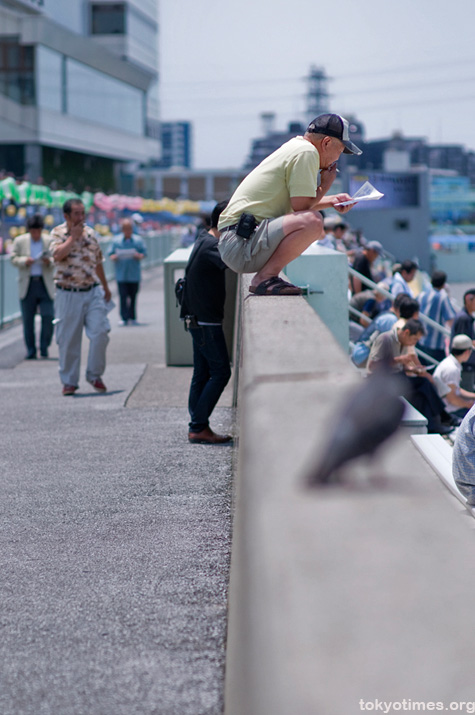 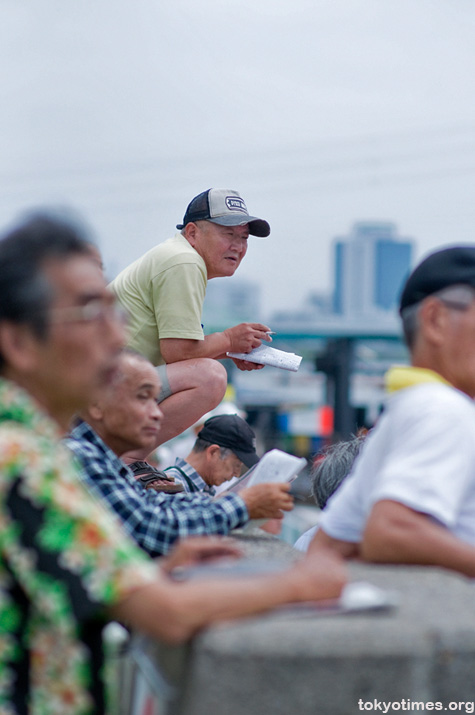 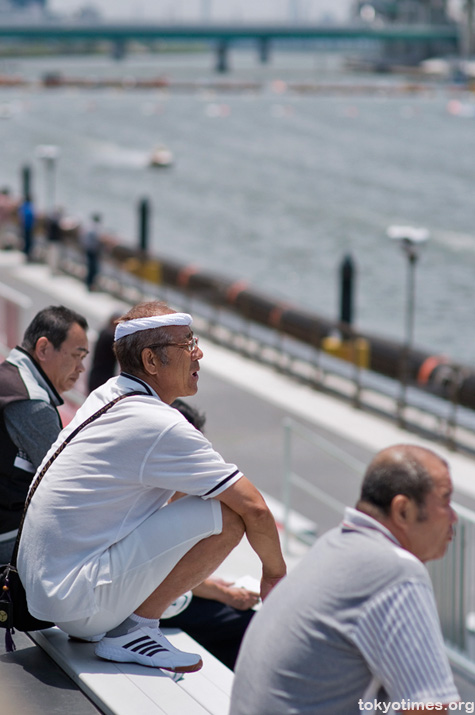 It was all seriousness and solitary silence.

But in-between races, there were waves (of the non-water variety), greetings and the biggest and warmest of smiles a newcomer could ever hope for. The latter in particular being especially pleasant, as despite it being so simple, it’s something that sadly isn’t seen so much in Tokyo. 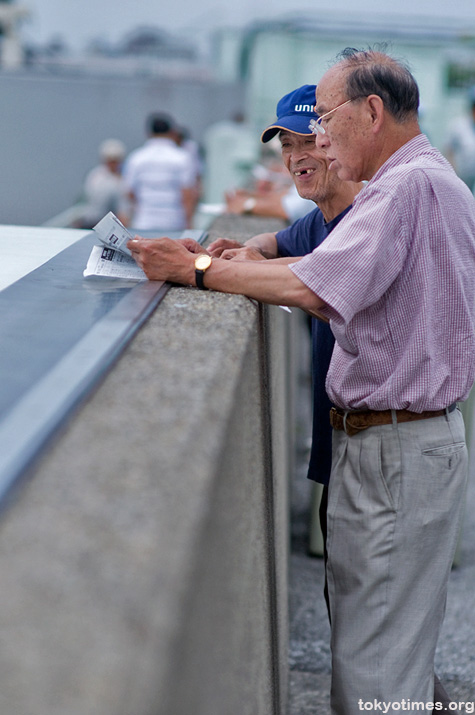 Meaning that without a doubt I’ll be back. And maybe next time I’ll get a result, allowing me to add financial gain to the fun.

A hope that a lucky t-shirt might just help me with. 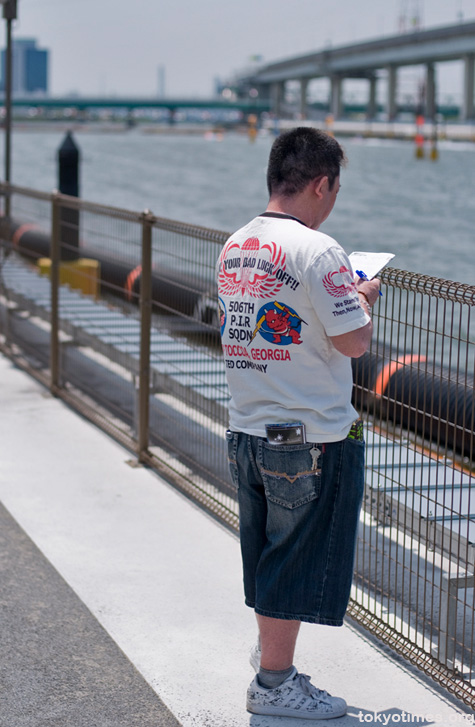