As yesterday was Showa Day, a national holiday which until two years ago was known by the much nicer name of Greenery Day, tens of thousands of Tokyoites bundled up their barbecues along with some beers and made a beeline for the city’s, erm, green bits. 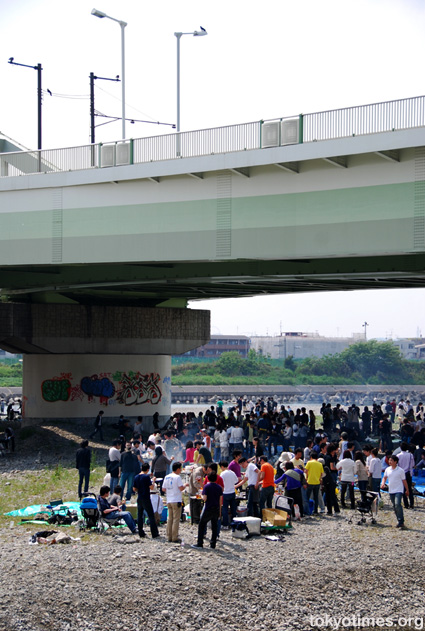 However, while the newly named holiday is officially supposed to encourage reflection on the reign of Emperor Hirohito (Showa), it falls on the same day that used to celebrate the ex-head of state’s birthday, meaning that large numbers of nationalists not surprisingly decided to forego the option of some food and a bit of fun.

Instead choosing to deafeningly drive around blaring out their bigoted bile, 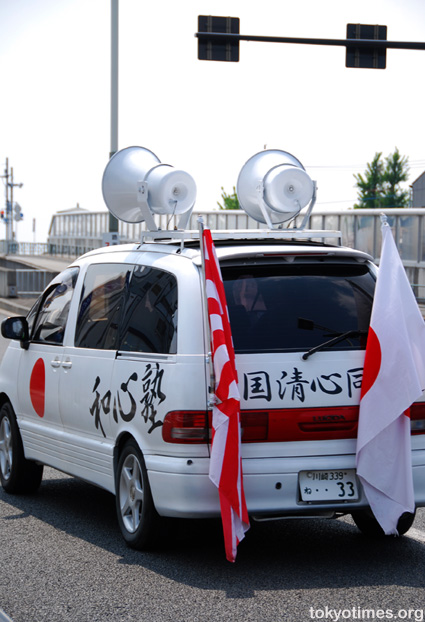 regardless of whether people they passed were partial to their nonsense, 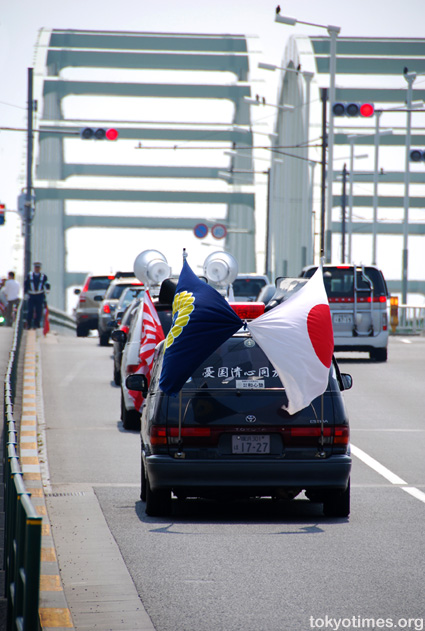 Leave a Reply to Chris B Cancel reply