With their love of noise pollution and military-style fatigues, the Japanese far-right aren’t exactly shy about their affiliations. Yet despite their reputation, each and every time I’ve seen them in action — whether planned or otherwise — there’s only ever been the pretence of violence. Long-practiced piercing looks are invariably aimed at the police. As are similarly well-honed and suitably guttural sounding insults. But that’s really been about it. Or at least it was until this incident fairly recently.

Initially there was the usual parade of vehicles blasting out music and those aforementioned tough guy tirades. 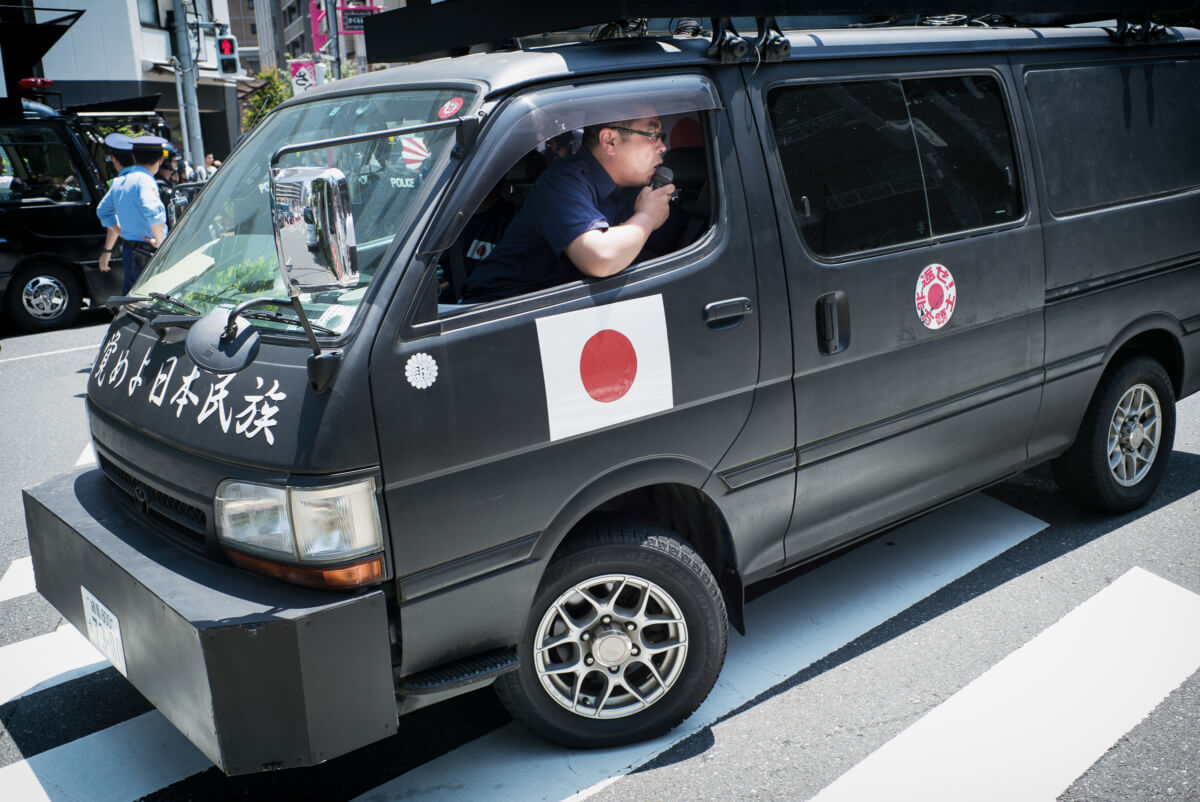 Then briefly, and quite comically, it all kicked off. Well, kind of. 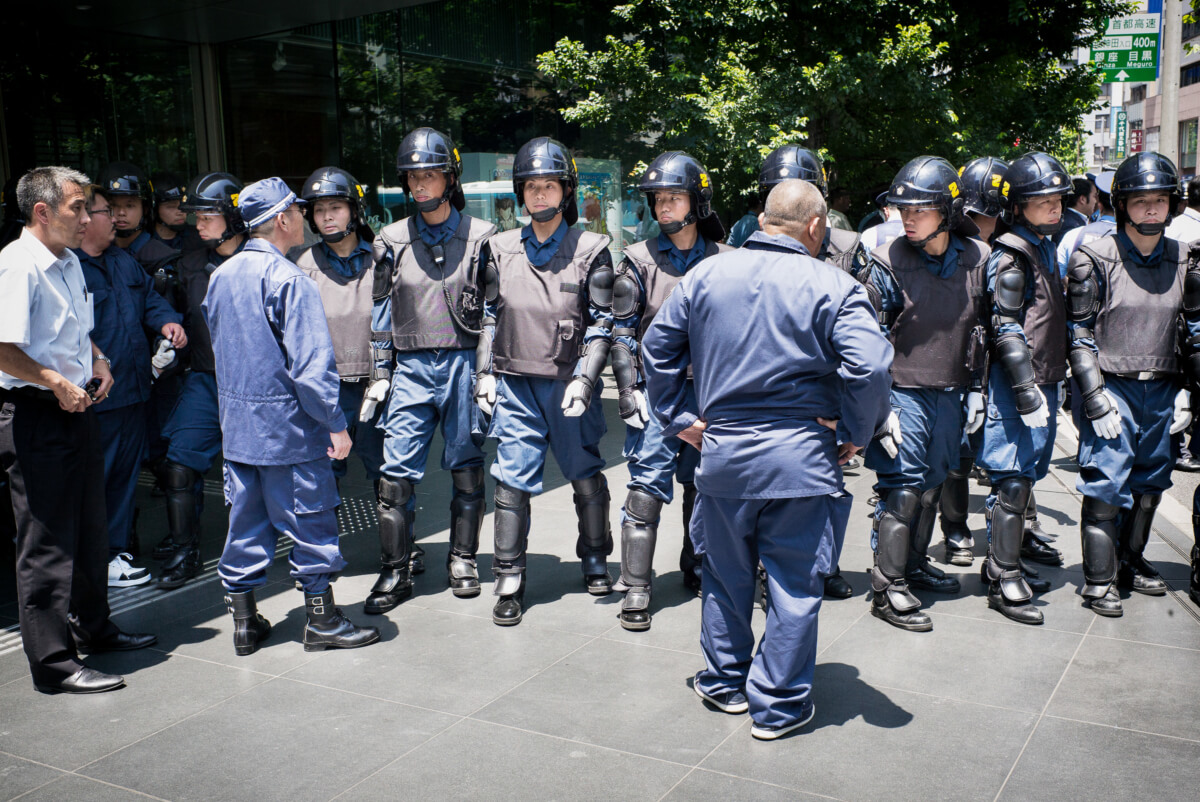 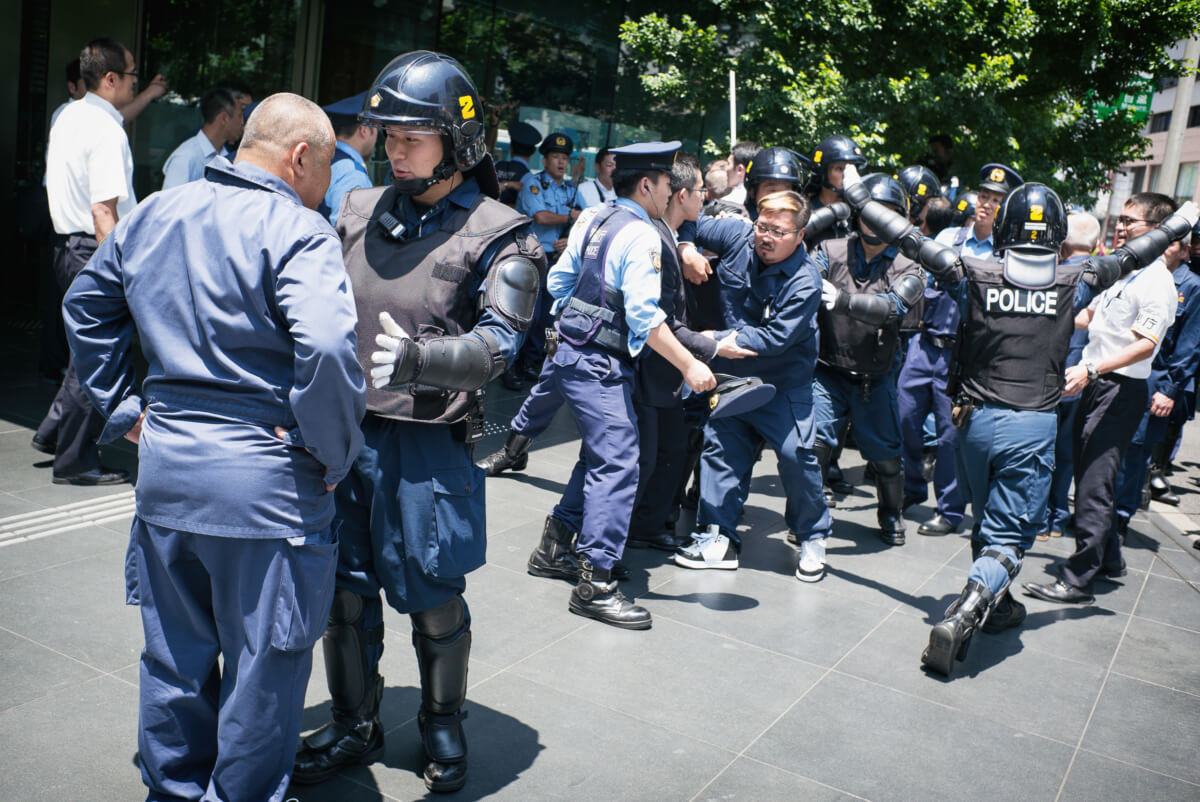 When things settled down again, and nudged hats or ruffled hair had been properly readjusted, the clear winner for me was team number 3. The inventive choreography and wonderful expressions were impressive enough, but the added flourish of shadow puppetry made the whole performance an almost perfect 10. 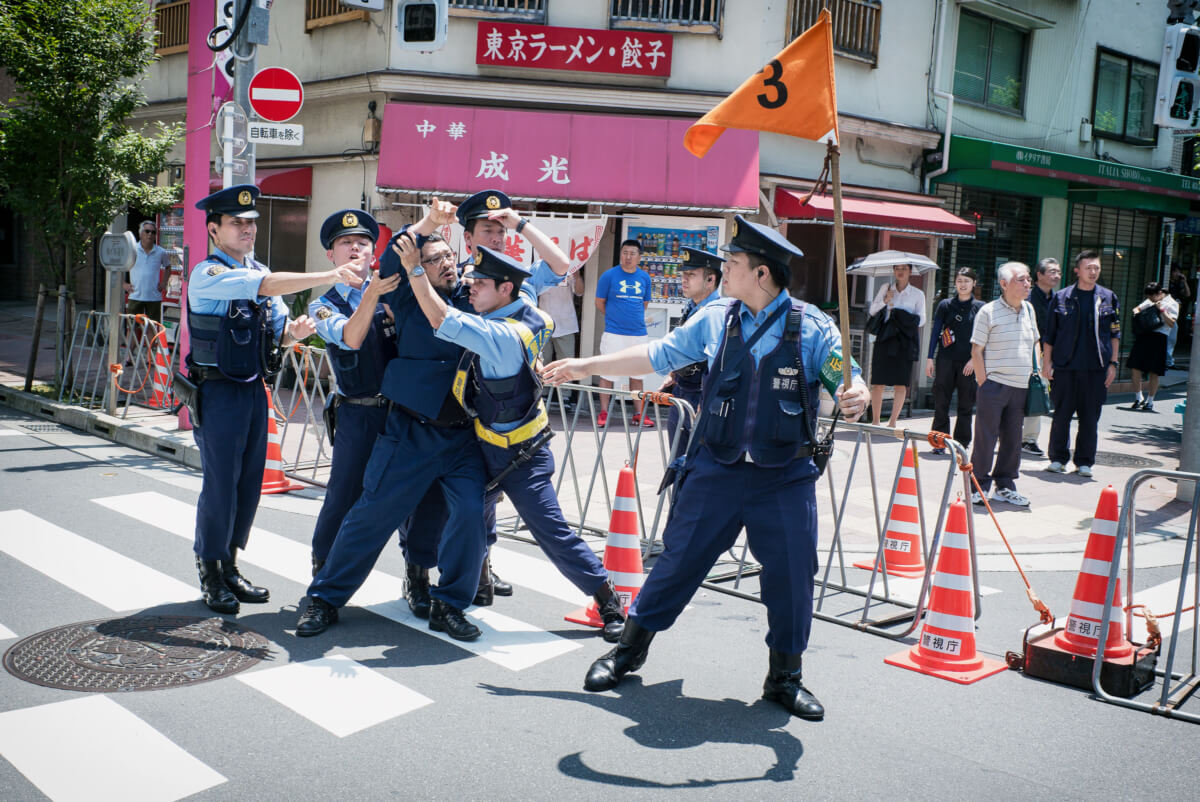 Should you wish to see more, my favourite (and mostly non-comedic) shots of the Japanese far-right can be seen here.