With Japanese students falling in the global education rankings, officials may well be worried about the apparent slide in standards; however, they can at least comfort themselves in the knowledge that students aren’t simply spending their supposed study time staring out of the window or surreptitiously sending text messages, as instead they are painstakingly perfecting their pen spinning prowess.

A point that is possibly proven by, amongst other things, the presence of the Pen Spinning Association Japan, the plethora of paraphernalia one can purchase, 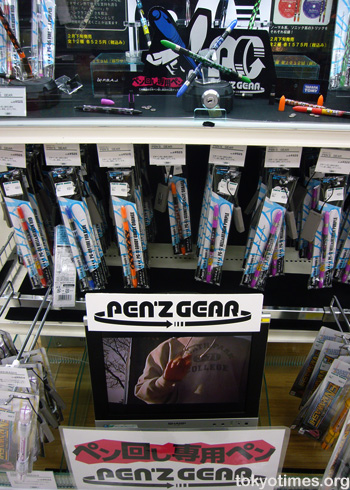 and the recent competition held by the aforementioned organisation in Tokyo over the weekend.

The rather aptly named Pen Spinning Tournament Japan was eventually won by 16-year-old Ryuki Omura, after the finalists were whittled down to a dextrous 276 die-hards, and then a far more frugal 16 for the final day. 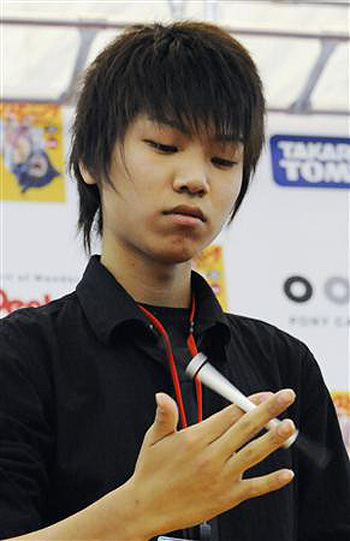 A relative newcomer to the sport, young Omura apparently hadn’t picked up a pen for anything other than conventional purposes until 14 months ago, but a quick perusal of his performance that is available here proves that he is either naturally gifted, or his grades have disastrously took a dive, meaning he may have far more time in the future to practice than his mother presumably planned on.

Still, at least he won, whereas this failed finalist will probably receive only a repetitive stress injury for all his rehearsals.