Kabukicho, Tokyo’s famous red light district, has been going through some changes of late. Huge redevelopment has left the place in danger of losing part of its character (like this wonderfully retro strip joint), and a city government crackdown has attempted to clean up some of the nefarious activities the area is known for.

Not that you’d necessarily notice when walking around. It’s still dirty. Dotted with dingy alleys. Plus densely populated by hostesses and touts. However, a newly announced ban on street solicitation could well make a difference, as the sheer number of the latter out on the streets do, for better or worse, contribute to the district’s personality. Of course how strictly the new regulations will be enforced remains to be seen, but it’s at least possible that these school girl uniforms won’t be on show — at least in public — for very much longer. 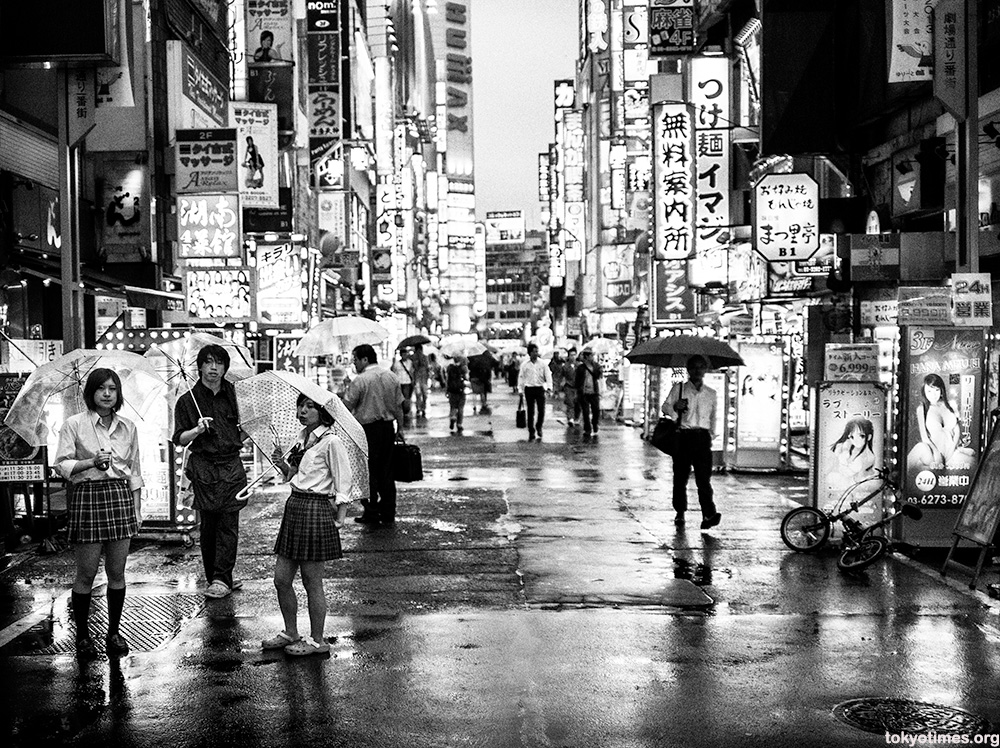