Osaka’s Kamagasaki district rarely makes the news, and when it did the other week, it was only because a film made to shed light on the area’s poverty was pulled at the last minute by the Osaka Asian Film Festival — the irony of which was clearly lost on the organisers. But, for Japan’s largest slum — the name of which doesn’t officially exist anymore — that’s presumably nothing new. 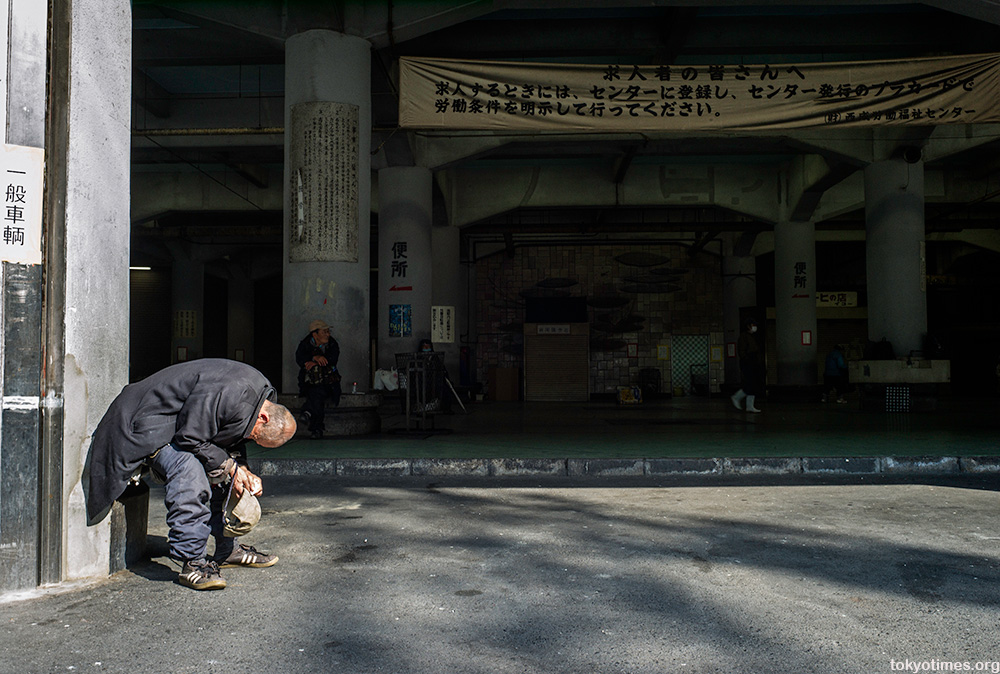 Home to approximately 25,000 people — absolutely dwarfing Tokyo’s equivalent, Sanya — the area is a far cry from the neon-lit, modern image of Japan’s sprawling urban centres. Although as a cruel reminder, Abenobashi Terminal Building, the country’s tallest, now looks down on the district and its residents with cold, unseeing eyes. Just like the city that sanctioned it. A nameless place, with faceless people.

Ever since Japan’s post-war economic growth, and particularly the 1960s, Kamagasaki has been a destination for the poor to go in the hope of work as a day labourer. And as such, the Airin Labour and Welfare Centre is a key location and gathering point. A horribly unwelcoming building where increasingly older men sit and wait with all their worldly goods. 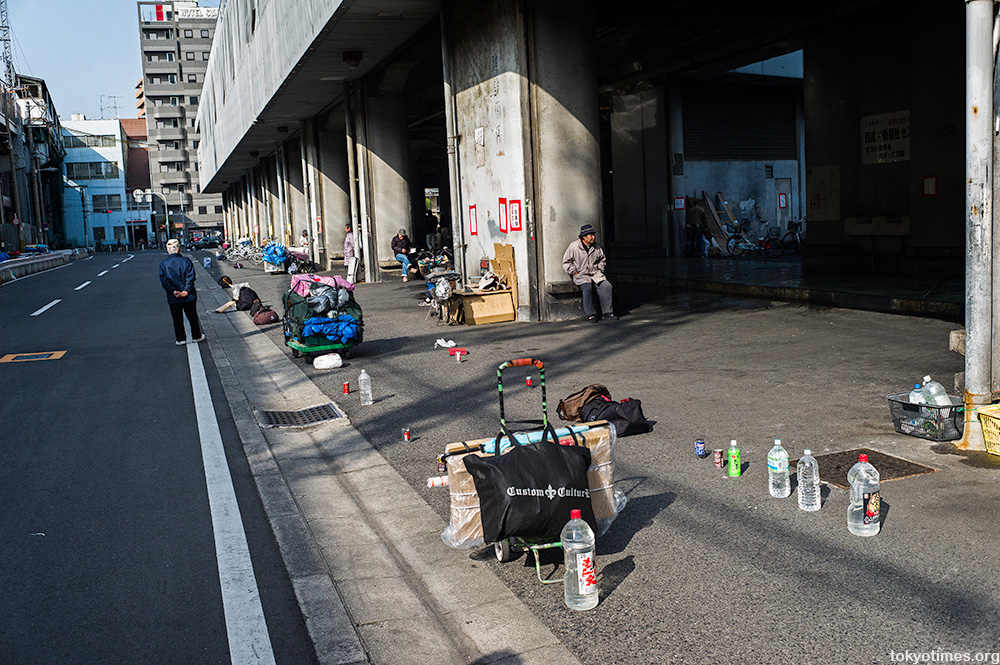 Each and every one of them patiently hoping the day will be a good one, and they’ll get some work. 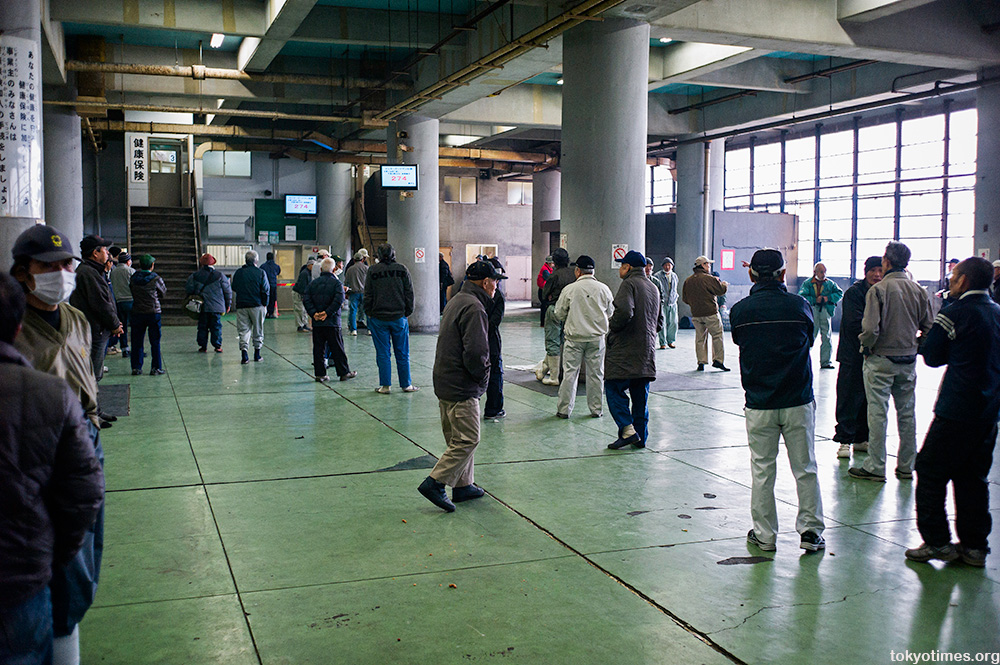 But at the same time, it’s a place filled with anything but hope. Just desperation and extreme poverty. 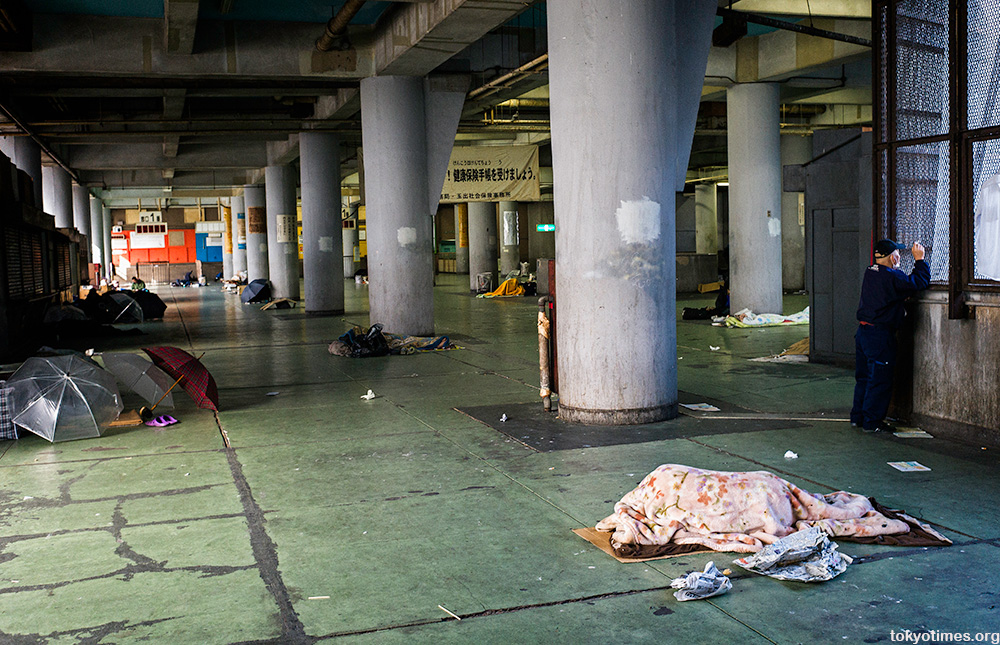 Kamagasaki’s other main hub, if one can call it that, is Sankaku Park. A small, triangular-shaped dust bowl surrounded by cheap, grotty accommodation.

The park’s focal point is a TV. Locked up and turned off most of the time, its viewers are restricted to brief morning and early evening viewings — the sumo, when we there, offering some much needed escape. Arguably the kind of social control that wouldn’t be out of place in an Orwellian nightmare, although in many ways that’s exactly what Kamagasaki is. 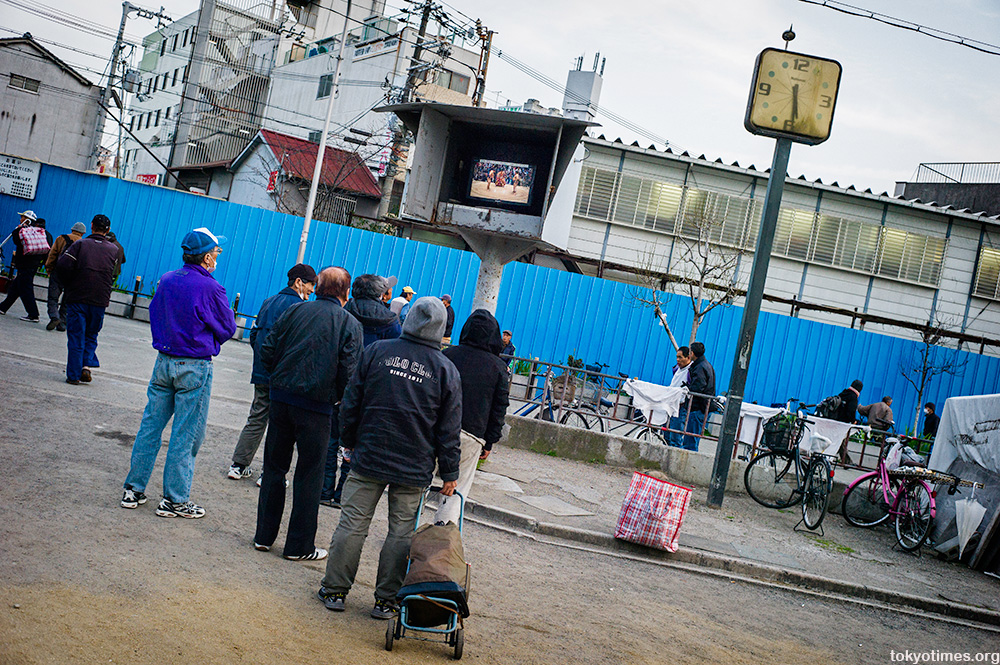 Apart from the TV, pretty much the only other escape is the ever-present booze, and the no doubt just as present, but not as visible, drugs.

Yet despite its horrendous poverty, and the shuffling, beaten nature of so many of the residents, Kamagasaki has a distinct sense of community, along with an openness rarely found in Japanese cities. People smiled. Talked. Even offered us just bought beer that a day’s work had mercifully supplied. And, most of all, seemed to look out for one-another. 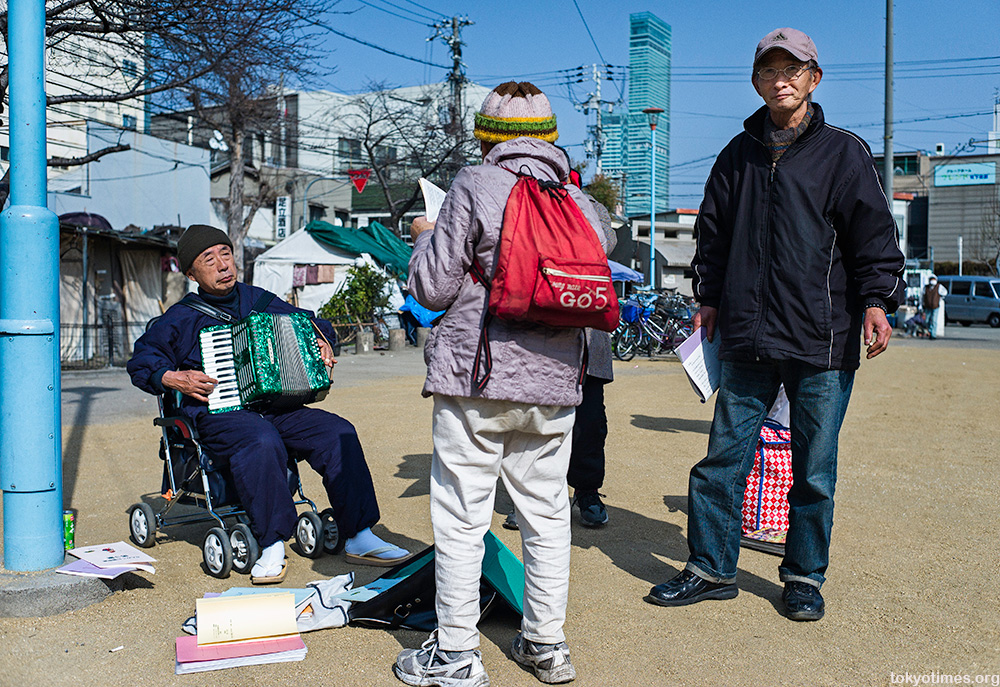