As Christmas decorations have been common in the capital for quite some time now, it’s not really surprising to see fried festivities now forcibly pushed to the fore, 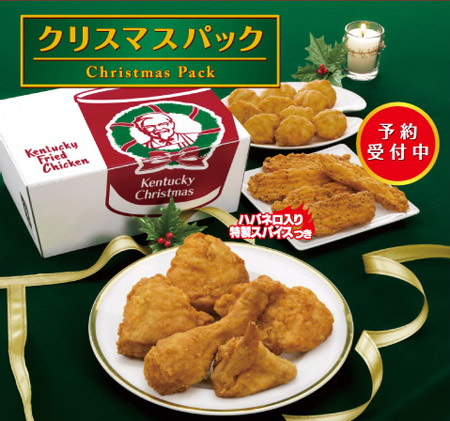 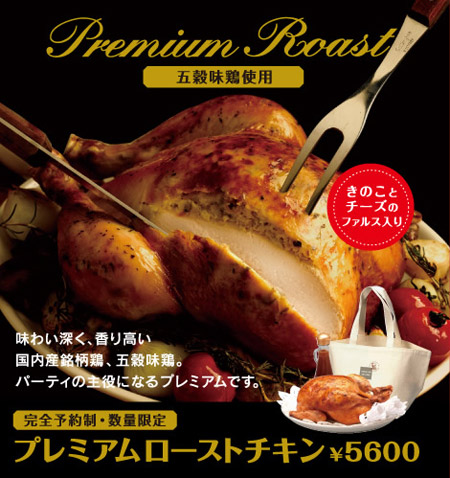 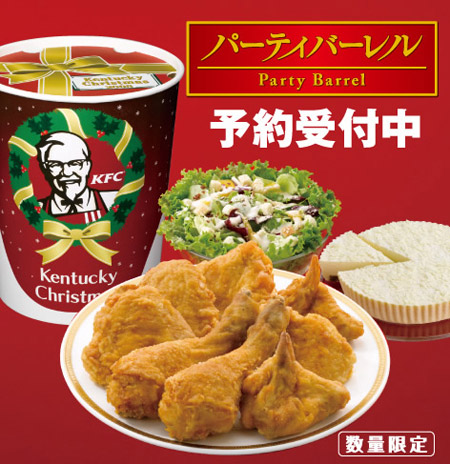 All cleverly coupled with commercials that are almost as sickly as what’s being sold.*

And of course Christmas simply wouldn’t be Christmas (even though it’s not even nearly Christmas) without the practically traditional practice of cosplaying colonels. 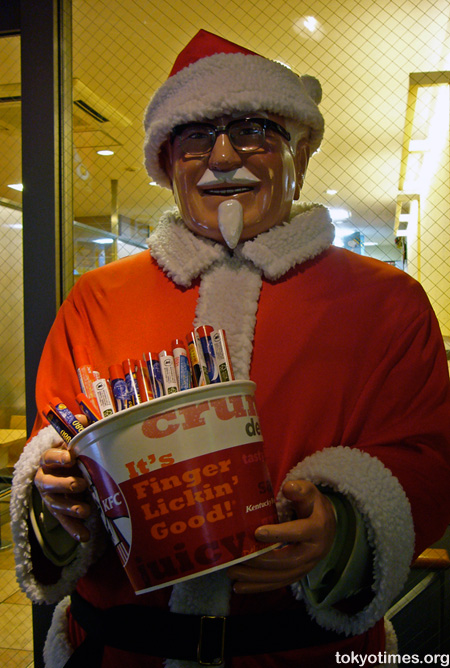 *This is last year’s commercial as the current one hasn’t been illegally uploaded yet, although rest assured they are very similar, with grinning and grease the main ingredients.