Tokyo’s Akihabara district has been home to ‘maid cafes’ for a few years now. The likes of Royal Milk catering for the obsessive anime/gaming crowd, with the waitresses generally kitted out in innocent-yet-at-the-same-time-highly-suggestive maid outfits. The subservient young women treating their geeky and adoring customers like lords. 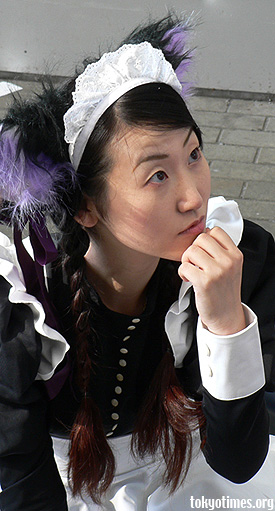 Due to their successes in the capital, maid cafes have now started to appear in other parts of the country. The first two to open in Kyushu however have had a slightly inauspicious start — almost falling foul of the law.

It seems that the eateries were strongly advised to apply for a special licence in order to avoid violating any adult ‘entertainment’ laws, although a representative for the cafes was quick to stress that it was merely a cautionary measure. “We understand that there has not been any illegal activity. We have planned dinner parties and other events, and we filed applications as a precaution because we didn’t want to violate any laws.”

The police however weren’t quite so convinced. The availability of a VIP service, and the practice of waitresses sitting next to customers whilst responding to their ‘requests’ was seen as potentially falling under the banner of entertainment.

Which, dependent upon the requests, is understandable to say the least. 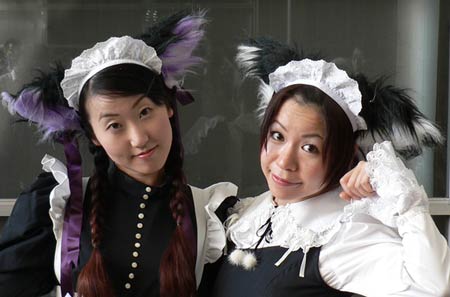