With more of a hullabaloo than ever this year over Japan’s annual whale hunt, Prime Minister Fukuda recently felt the need to enter the fray by declaring, “I don’t think it is right for the discussions to turn emotional, especially with the recent violent act against the Japanese research vessel … so we should try to continue with our efforts to try to explain that we are engaged in this research whaling activity from a scientific viewpoint.”

Something of a standard statement from Japan it has to be said, although sentiments within the country itself send out much more in the way of mixed signals, as to some, whaling is regarded as mainly about rights rather than research. The banner below brashly brushing off the party line by boasting that whale is Japanese food culture. 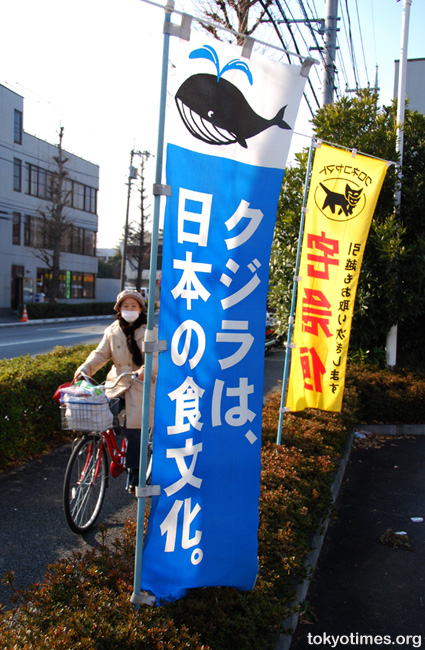 Which, whether right or wrong, really begs the question as to how much is about science, 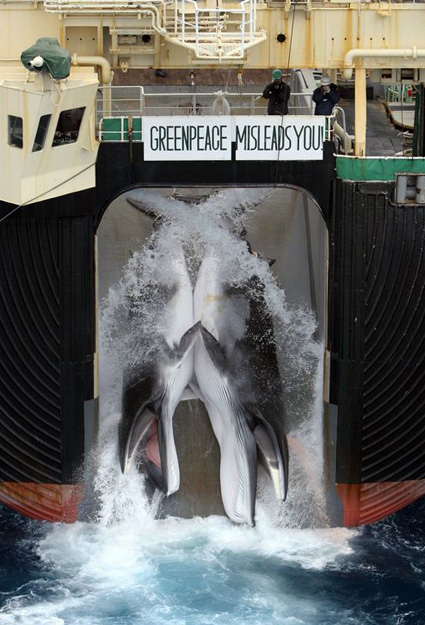 compared to that of sustenance, 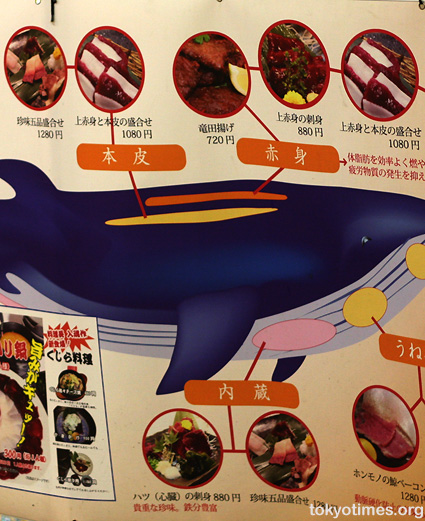