This year’s Mount Takao fire-walking festival was undoubtedly the most unusual matsuri I’ve ever been to. Not, however, due to its focus, but instead the date it was held — March 13th. Only 48 hours after the earthquake. A day when the full horror of the resultant tsunami was really beginning to hit home, along with increasing worries about the horrible potential of the crippled Fukushima Daiichi nuclear plant.

All of which made for a slightly surreal, yet at the same time very cathartic experience. Simply being there, surrounded by other people, was undoubtedly helpful; the festival somehow acting as a reminder as well as an escape from events — both ongoing and past. Yet it was a day that I simply forgot. Or at least I did after posting a picture of the priest below praying at a ceremony that signalled the start of the proceedings.

Coming across the images again, however, not only brought back memories, but also surprised me, as, despite having no particular intent when I took the photographs, all the thoughts of those participating seem to be somewhere else. Somewhere further north. 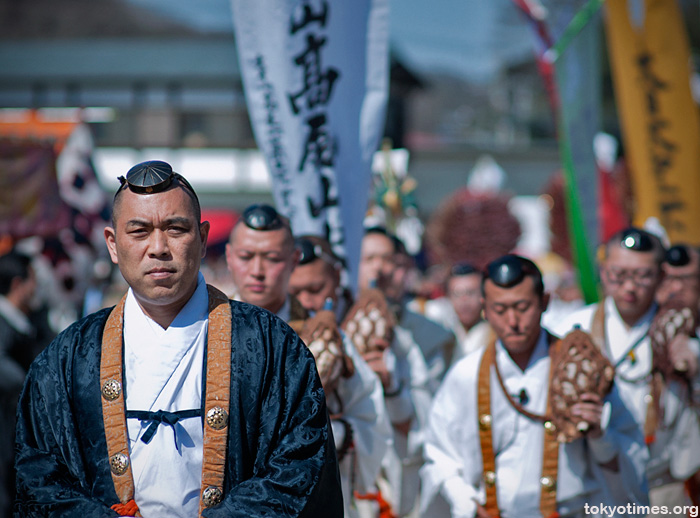 Of course it could be purely coincidental, or simply me exaggerating what, in different circumstances, would just be regular expressions. But either way, it at least puts the festival into some kind of context. 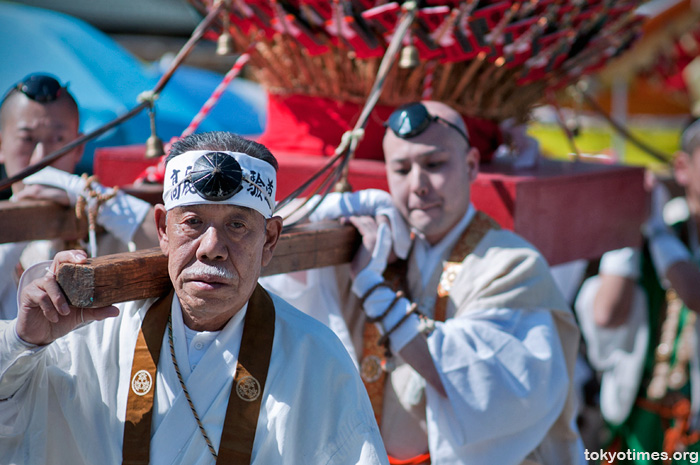 One that in many ways was a welcome diversion, but at the same time a very reverential one. 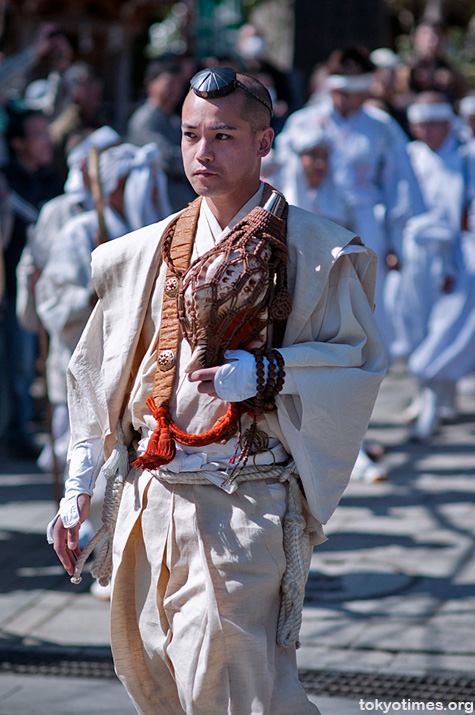 And what I presume are pilgrims. 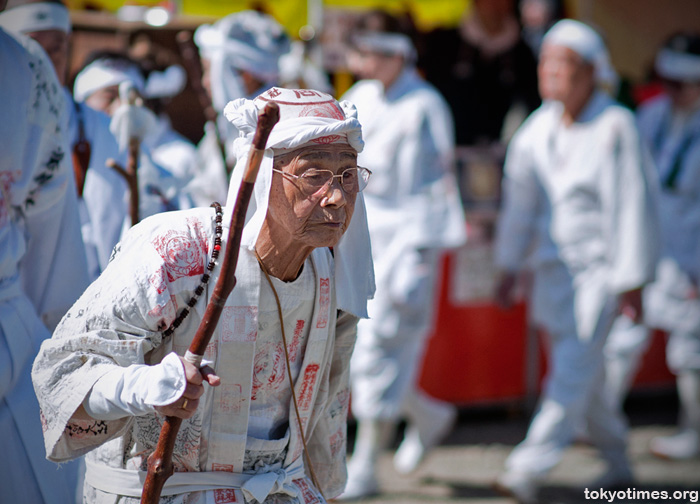 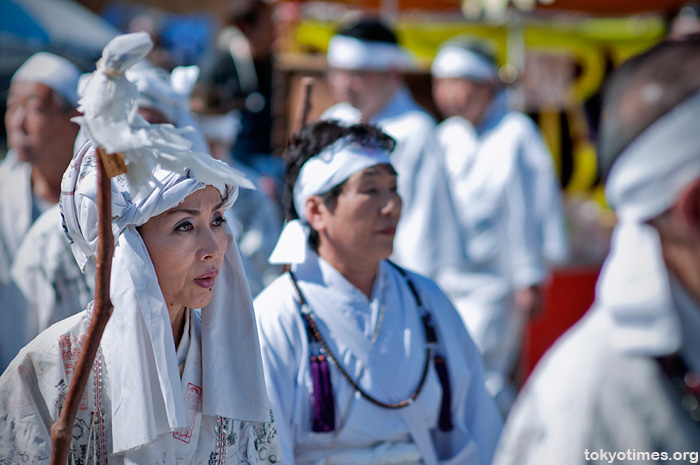 Culminating in the lighting of an enormous fire. 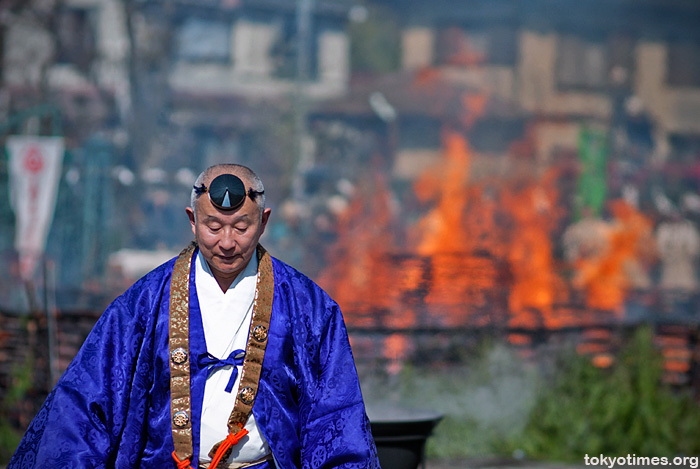 The heat and sound of which was quite incredible. 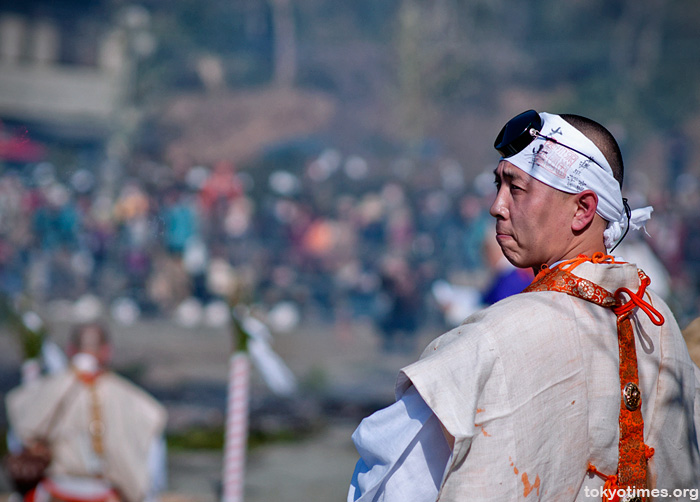 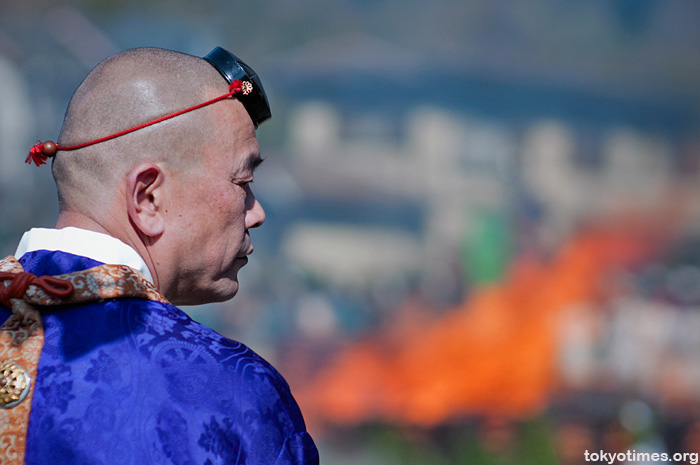 Then, when everything had been burnt, and what was left had become a fiercely glowing carpet, the priests and pilgrims took off their shoes and marched over it with no apparent hesitation whatsoever. A scene that frustratingly I couldn’t photograph, as there was no clear view.

In fact, only when the burning embers had sufficiently cooled down, and a path of sorts had been created, did I get the chance, as those watching were then allowed to walk across as well.

Which was still a fairly interesting and unusual sight. 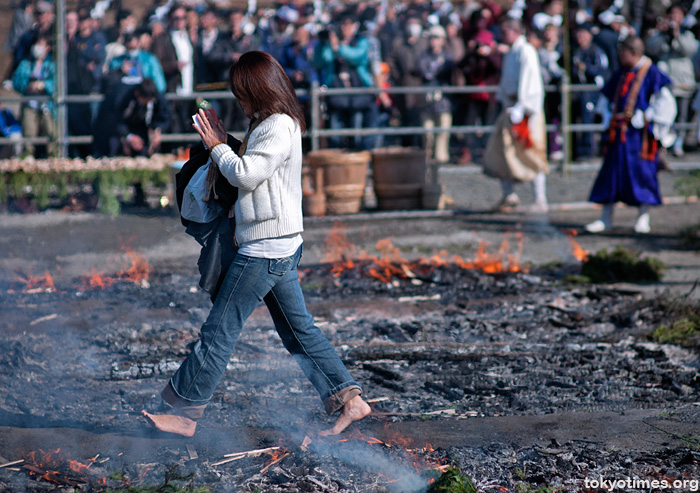 Even a much-needed light-hearted one too, as this old lady almost appears to have taken a wrong turn when heading home from the shops, bizarrely finding herself hurrying barefoot over what was recently a bonfire. 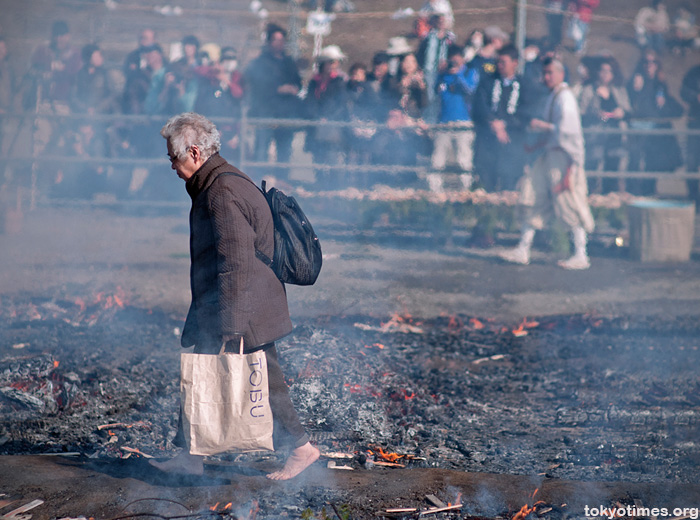