Hokkaido, Japan’s northernmost island, is justifiably famous for its beautiful scenery; the region’s mountains, lakes and rolling hills making it a huge draw for tourists, both in the relatively cool summer, and the powder snow blessed winter. But for all its natural splendour, even the most cursory of glances away from its famous sights brings a very different Hokkaido into view — one where abandoned and horribly decayed buildings liberally dot the landscape. Most of them are bankrupt businesses of all sizes and descriptions, along with a good few houses that have been long vacated, presumably due to death, or the former resident’s departure to a more prosperous area. And in many ways, this rather depressing, less documented aspect of Hokkaido, is encapsulated in the town of Muroran. 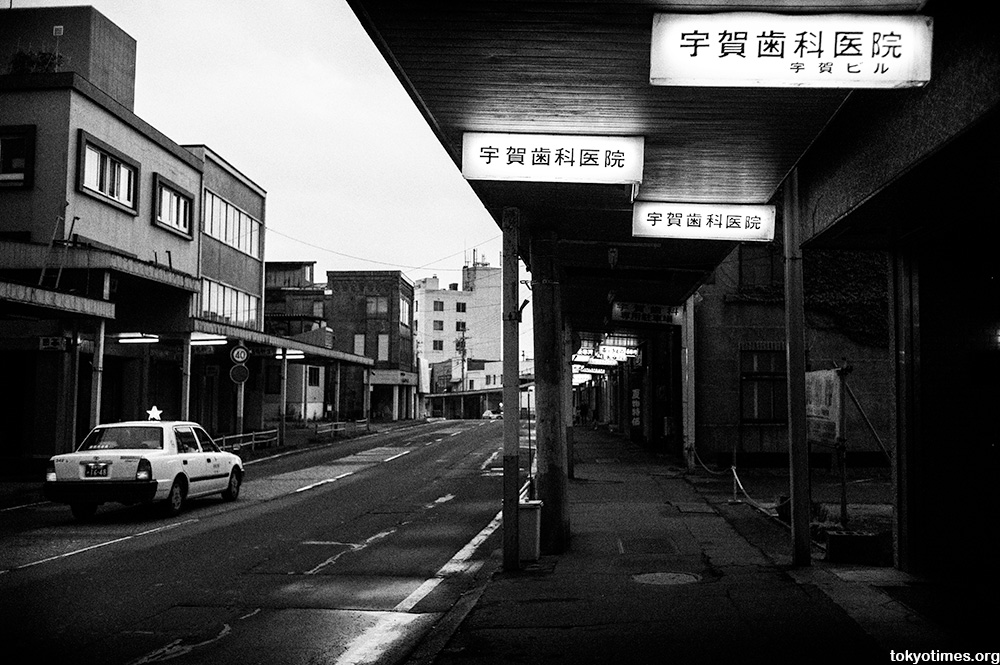 Like many industrial towns, it has suffered enormously over the years, particularly in the latter decades of the 20th century. The massive drop in population form 162,059 people at its peak in 1970, to 90,996 last year, amply highlighting Muroran’s long, irreversible decline.

However, while such figures spell out the hard facts, it’s walking Muroran’s streets that really exposes the town’s plight. In the shopping and entertainment area in particular, where people once bought the latest goods and enjoyed an evening out, there are now only dimly glowing signs. Almost mocking reminders of the past that now only act as street lights, as almost every single shop has been shuttered up — most of them for a good number of years. 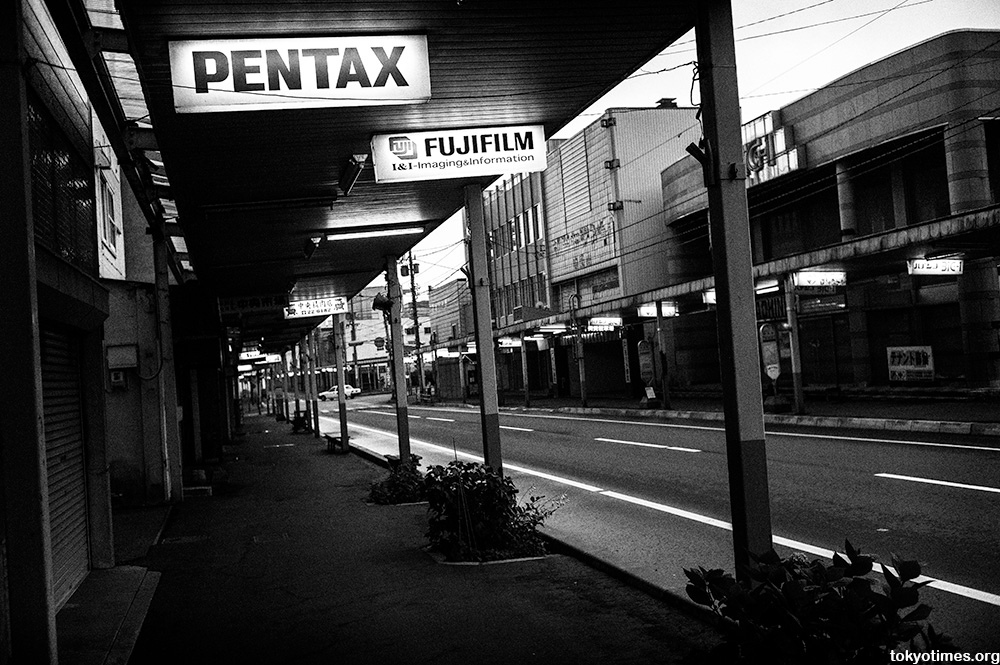 Tens of years in more than a few cases. 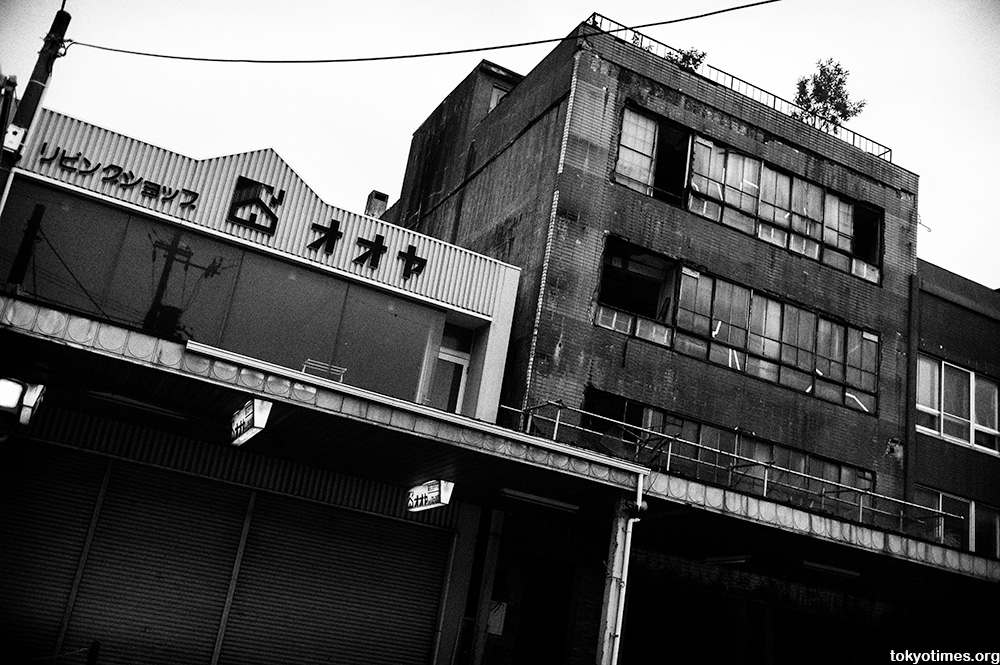 Leaving the streets eerily empty, save for the odd person. Some clearly with a purpose. 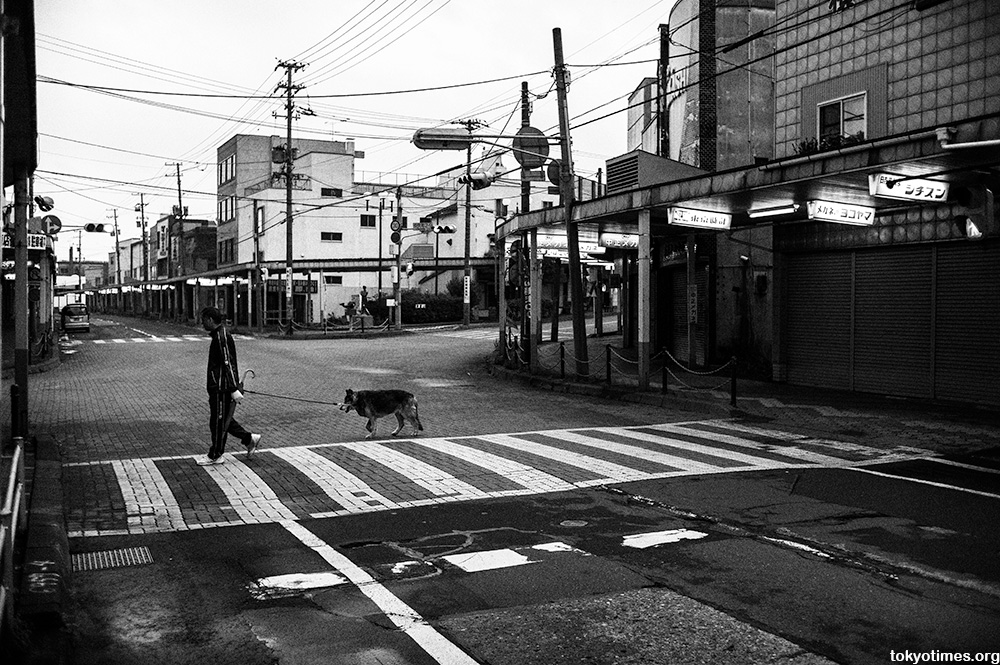 Or at least a destination. 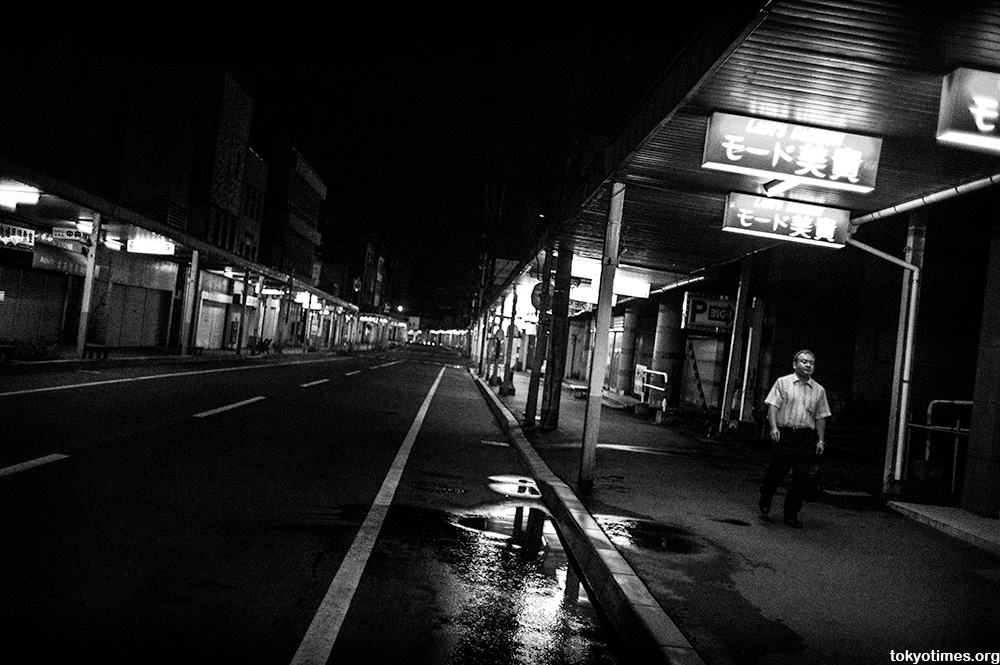 Others perhaps less so. 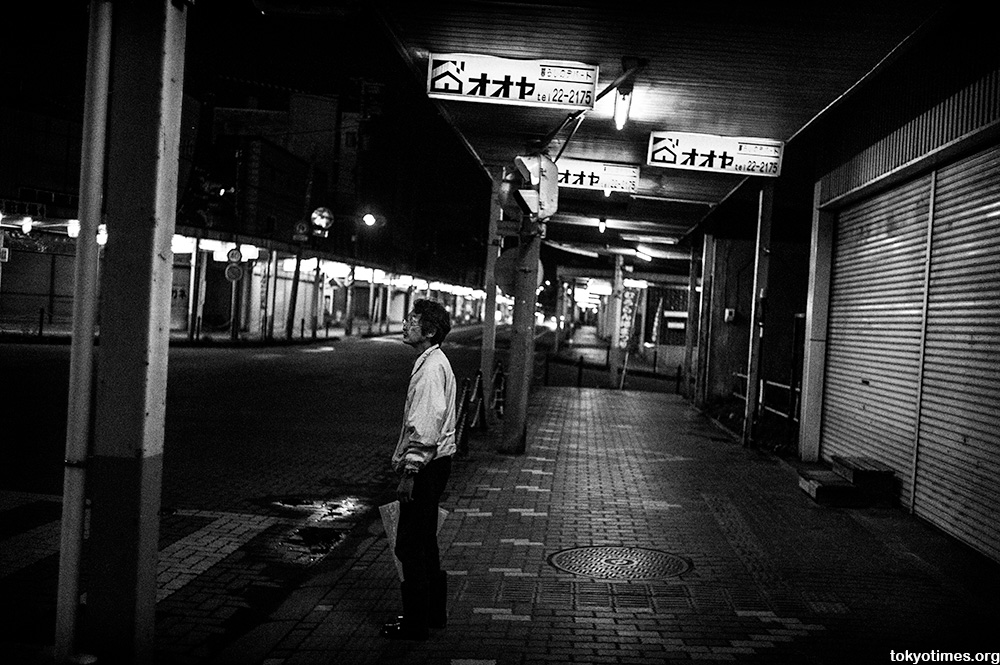 Plus this old lady who was sat, somewhat forlornly, outside a shop. 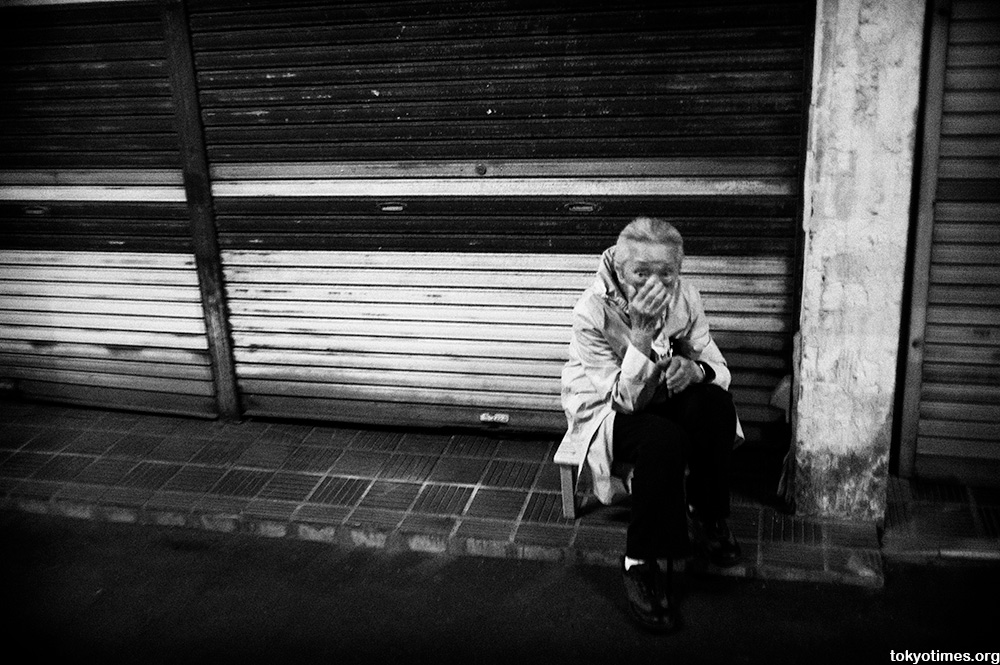 Why she was there is anybody’s guess, but in many ways she sums up Muroran’s sorry state — both now, and in the years to come.