Despite the far from modern surroundings, this small Tokyo bar has only been around — at least in its present form — for just over a decade, making it practically new compared to lots of other, similarly tiny establishments. But, despite being a relatively new kid on the block, it still has that wonderfully relaxed, rough and ready approach that is so often the feature of such places. Meaning the prices are low. The food is whatever the owner has chosen to prepare that day. And the customers are talked to, or tactfully left to their own devices, depending on what it is they are after. 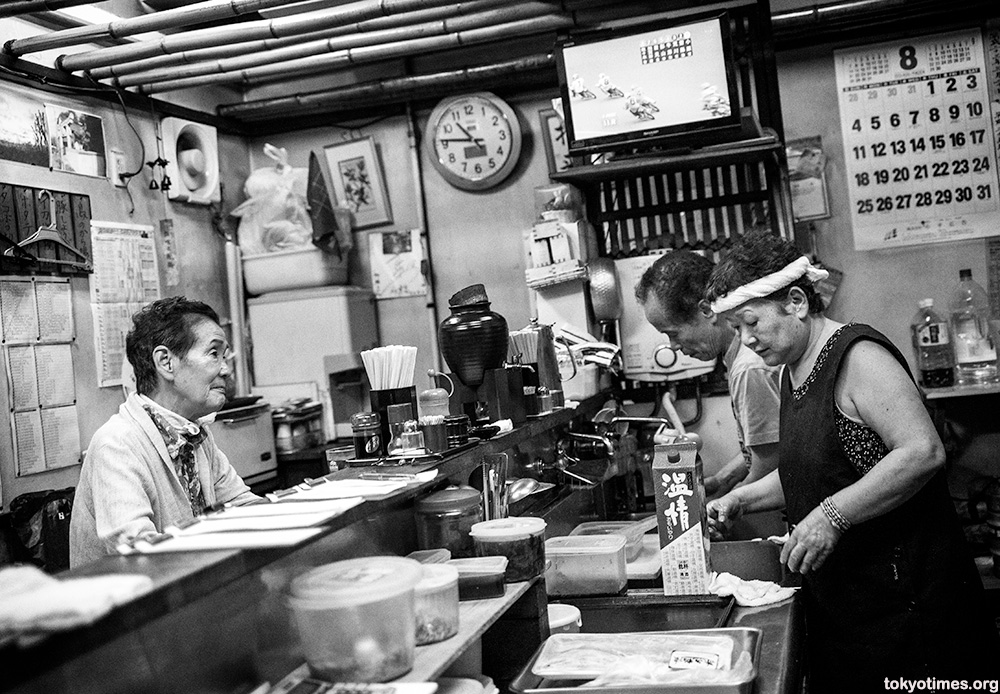