On the surface, Japan, despite its well documented, and now worsened, economic woes, still appears very wealthy; a place where lots of people continue to enjoy the rewards of those hard-working, bubble creating, businessmen and worker bees.

Dig a little deeper, however, and several very different layers of society can be seen, with a large number of those at the very bottom of the pile, in Tokyo at least, living in a part of the city once called Sanya, but which is now merely a section of Taito-ku. An area where incredibly grim-looking rooming houses abound, a large number of shops are boarded up — particularly in the wretched smelling shotengai — and those that are open for business have noticeably large stocks of instant noodles for sale.

Frequented by mostly day labourers, in what I believe is the biggest such district outside Osaka’s Kamagasaki, it’s hard to say what the population is, especially as it must be a very transient one, but what is for certain is that many of the men are of a certain age, and have a certain look. 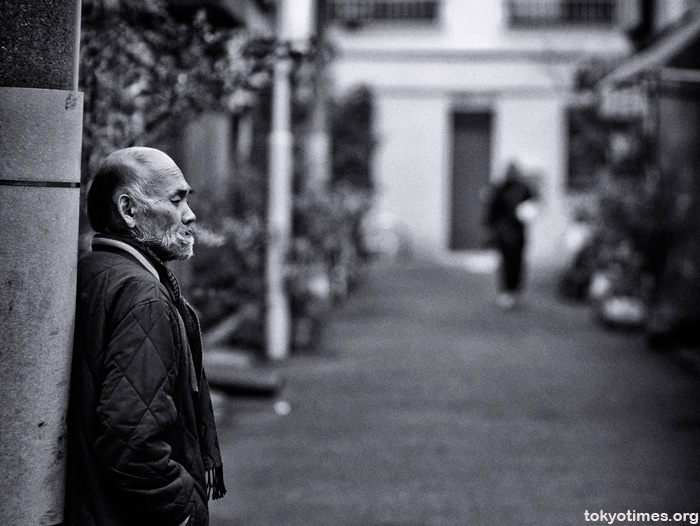 Along with a life that appears to involve lots of wandering about. 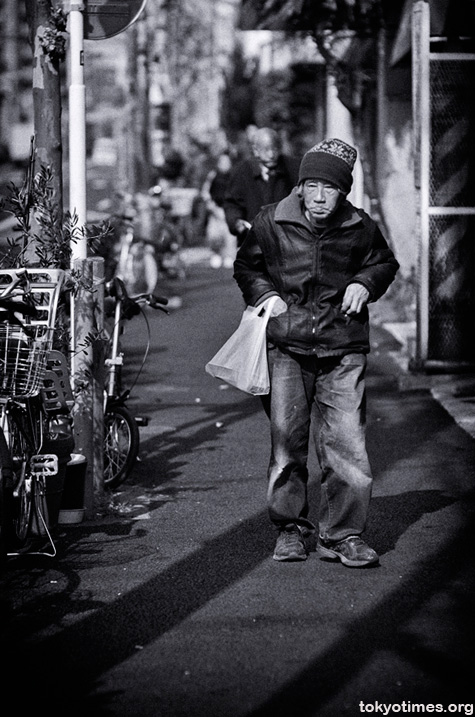 Plus waiting, whether it be for work, washing or simply a way out. 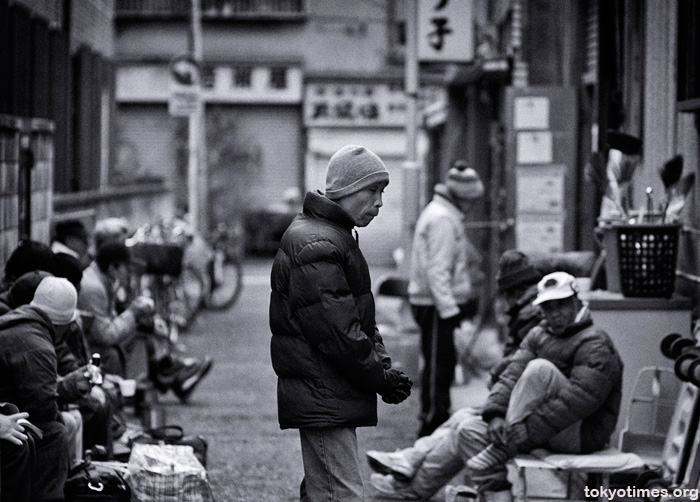 Although as far as the latter is concerned, the opportunities must be very few and far between. The only real option for any kind of escape, at least when there’s a bit of money about, understandably coming through booze; bought and consumed where they are feasibly only a day or two away from — the street. 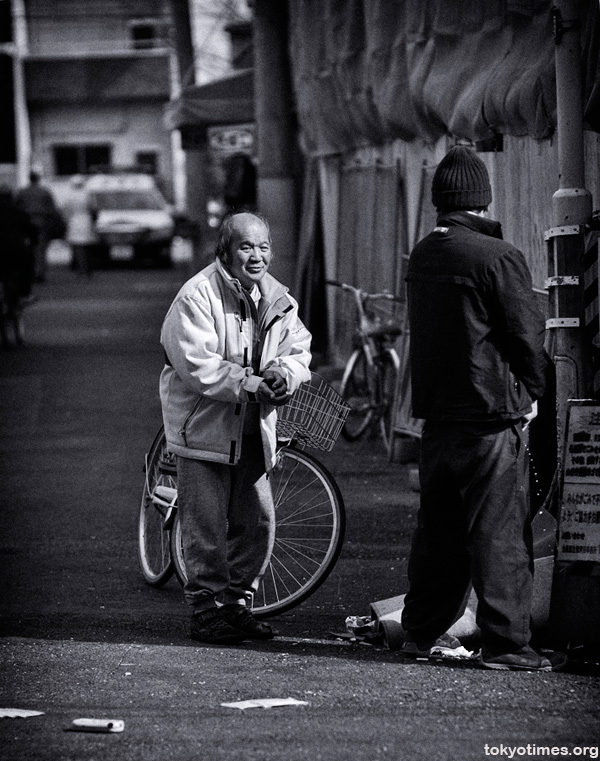