Mongolian Yokozuna Asashoryu made history at the weekend, equalling the twelve titles won by Samoan-born wrestler Musahimaru. Meaning he’s only one victory away from becoming the most successful foreign-born fighter ever.

Thankfully this bit of sumo history gives me the excuse I need to post some pictures I took on Saturday. A decidedly fortuitous day, as not only did I get to see Asashoryu clinch the title on the penultimate day of the summer tournament, but it was close-up and personal from a ringside seat.

And talking of the Yokozuna, here he is in his pre-bout ceremonial outfit. Exuding the usual menace. 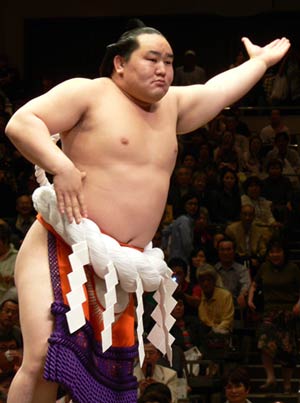 Further down the ranks, the two wrestlers below seemed to be well aware of my picture taking deficiencies. Politely pausing in the middle of their fight to allow me the necessary time to fumble for my camera. 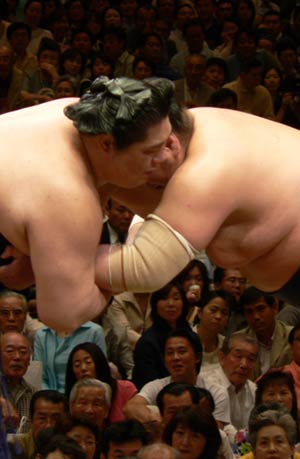 And last but by no means least, no sumo selection is complete without a picture of Toki and his retro facial fashion. 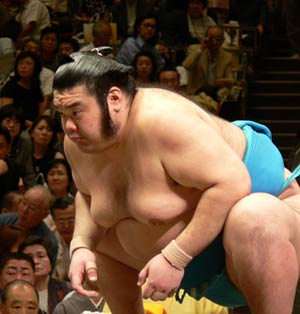