Certain types of haikyo/abandoned buildings are relatively common in Japan. Schools for example, and especially hotels — the latter in particular sullying the landscape in countless recession hit resorts.

Huge houses that once belonged to wealthy politicians and social activists, however, are quite the opposite. Unheard of really. But tucked away behind a large wall, surrounded by grounds the size very rarely seen, is such a place. And what a place it is. 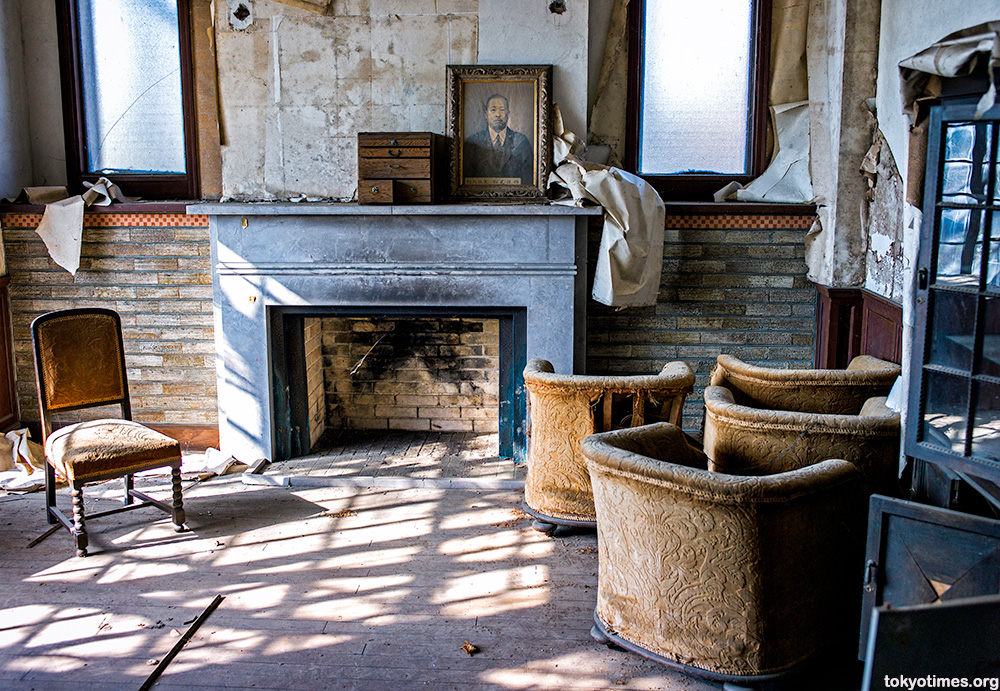 Built out of concrete way back in 1928, the house would have almost certainly been something special even if just a modest home, but, due to its sprawling nature and almost overt opulence, it must have been more akin to a modern marvel. Elements that even now, almost a century later and with the building in semi-ruins, are still very striking. 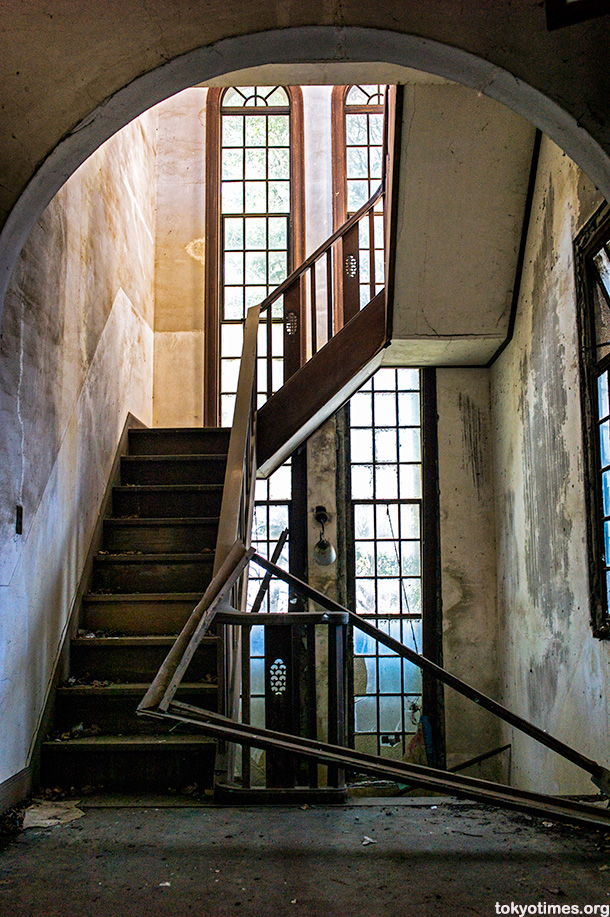 The owner of this incredible home was a certain Mr H. Born in 1861 into a wealthy family, he had a varied education and career. In his youth he studied Chinese literature and foreign languages, before being tutored by Nakae Chomin, a political theorist and early promoter of liberalism in Japan. These latter studies in particular had a huge influence on Mr H’s burgeoning writing career, which saw him published in numerous newspapers; the political nature of these articles securing him a position within the influential Freedom and People’s Rights Movement — a prominent group of the period that is credited with the eventual establishment of Japan’s first constitution in 1889. 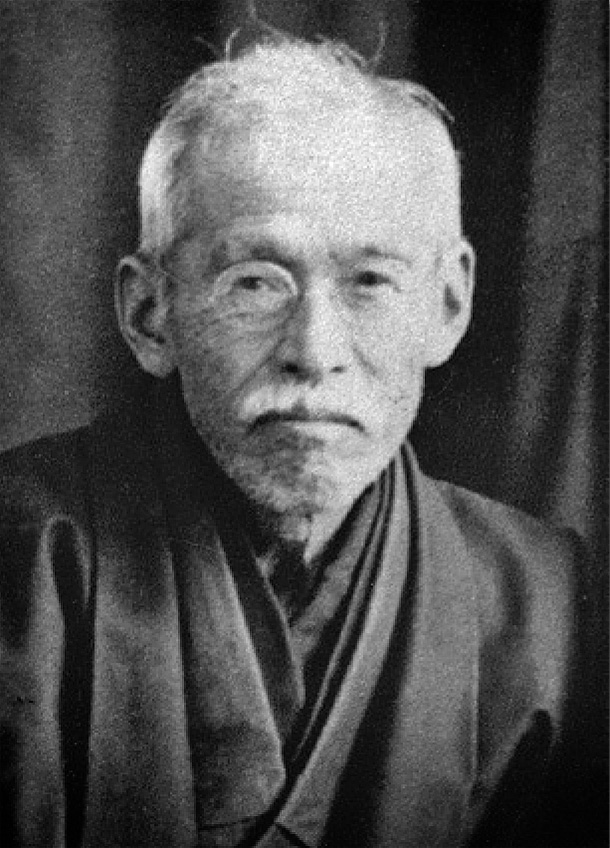 This focus and belief then took a further turn in 1894 when Mr H entered national politics; his successful role in the then recently created Diet continuing until 1915. A job and stature that no doubt saw the house he had built entertain a large and influential number of guests, both in the very impressive living room. 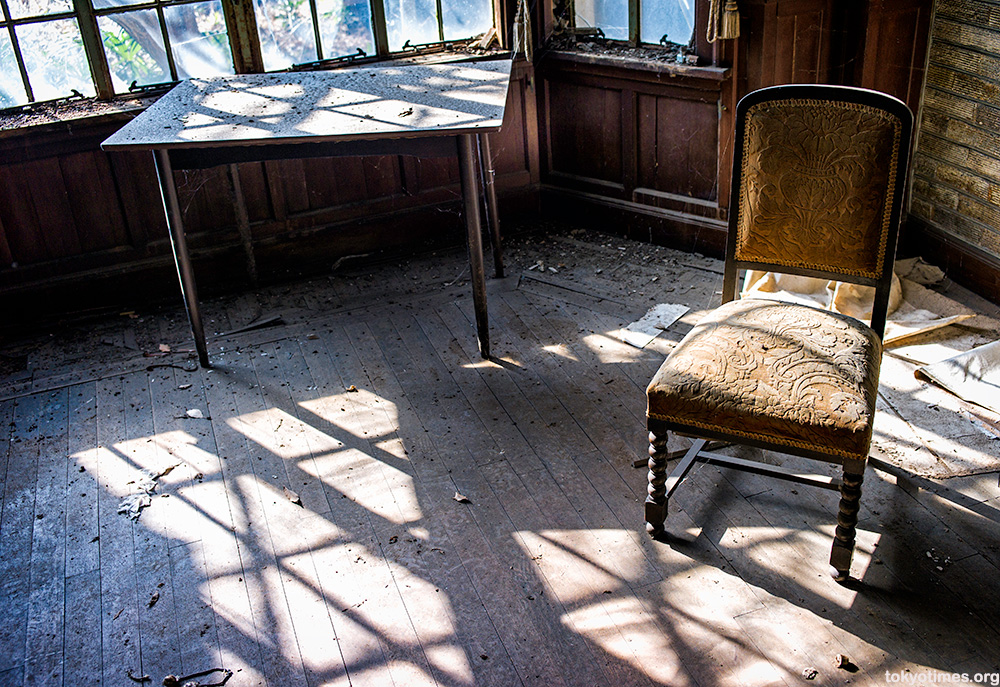 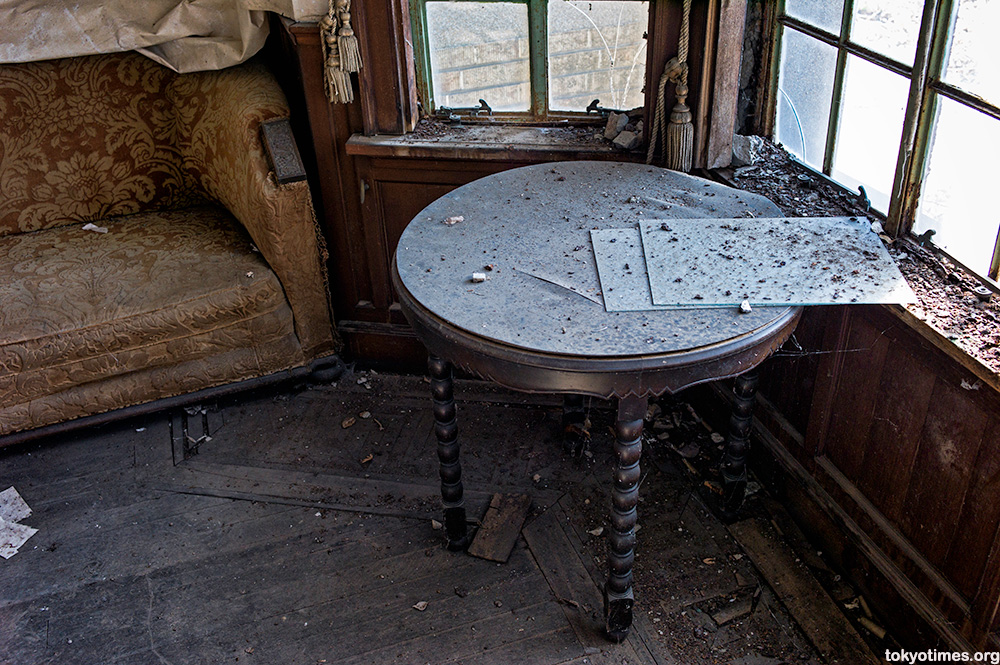 And in the ballroom-like grandeur of the second floor. 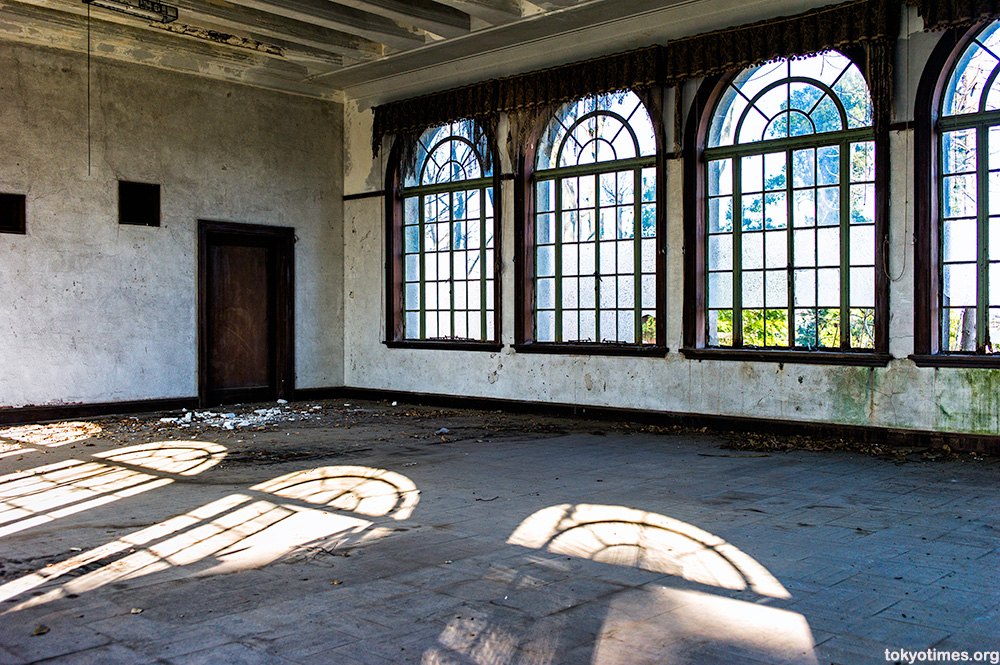 Needless to say, a building on this scale is a rarity of sorts anywhere in the world, but to find one in Japan really is something special — even more so for it to be long abandoned and left to the elements. Yet unlike many crumbling structures, it’s an absolute joy to walk around. Plus despite the decay, there’s none of the bleakness that often pervades such exploration. 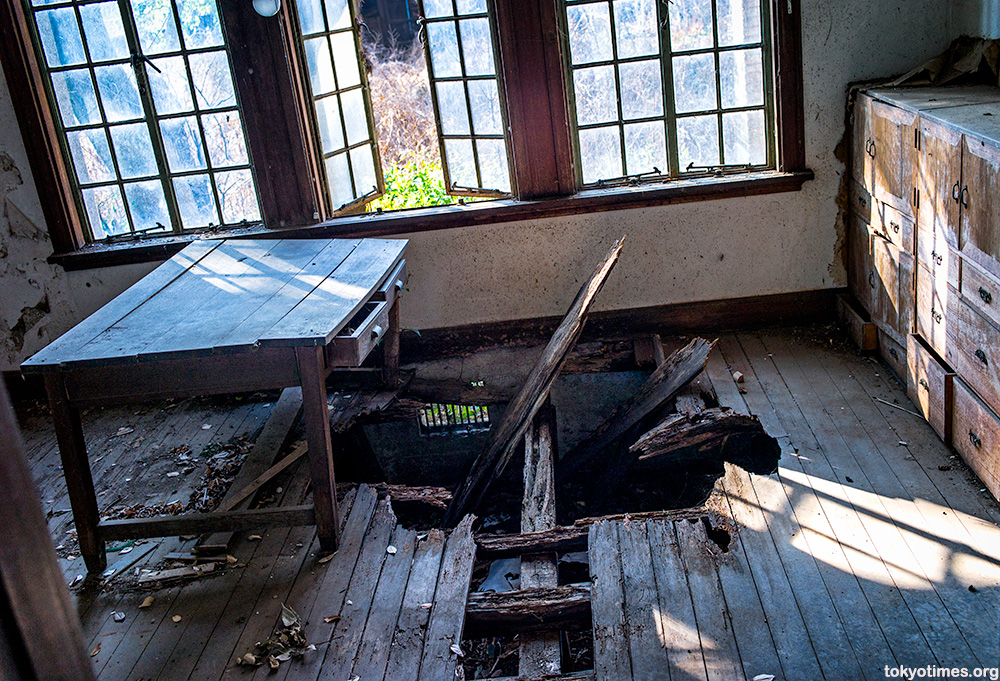 Instead, there’s a strangely welcoming, relaxed vibe about the place. 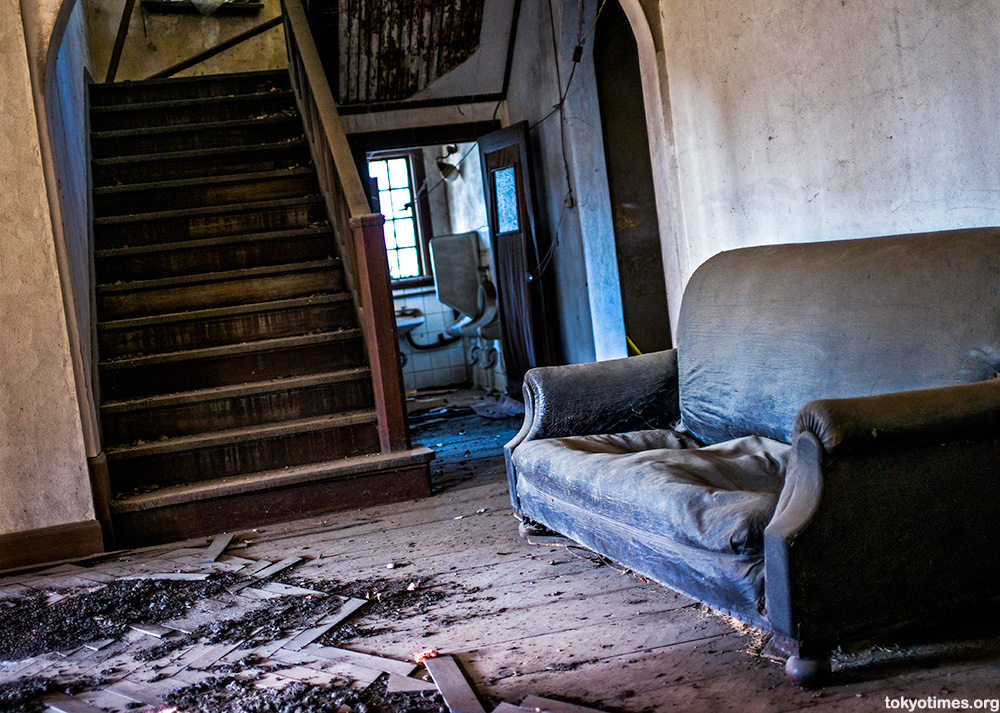 Light, airy rooms offering glimpses of other parts of the house. 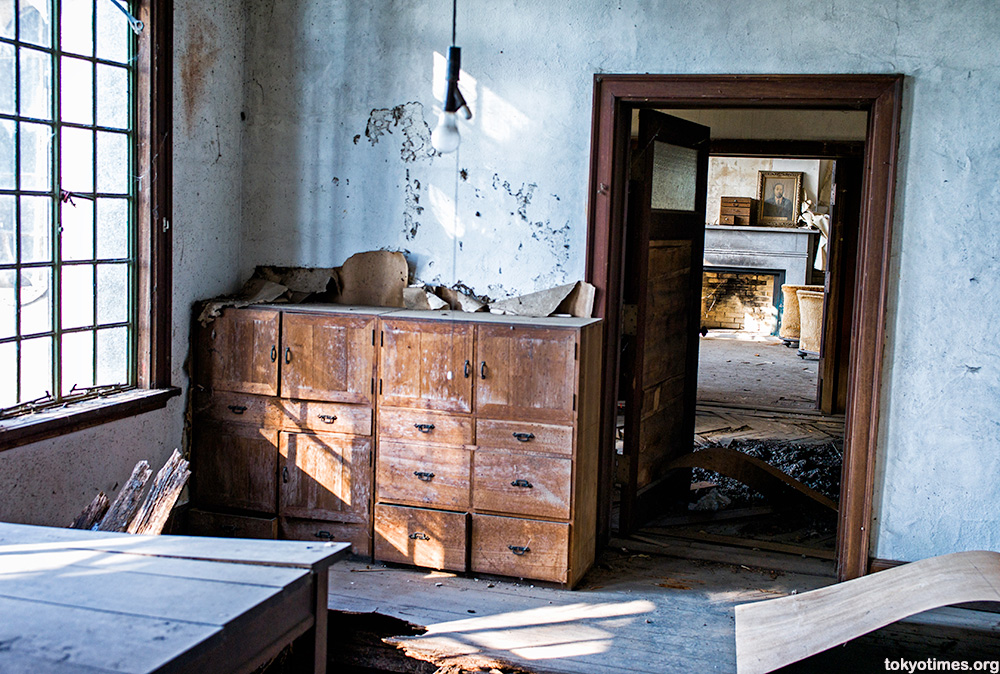 Along with a staircase that wouldn’t look out of place in an English stately home. 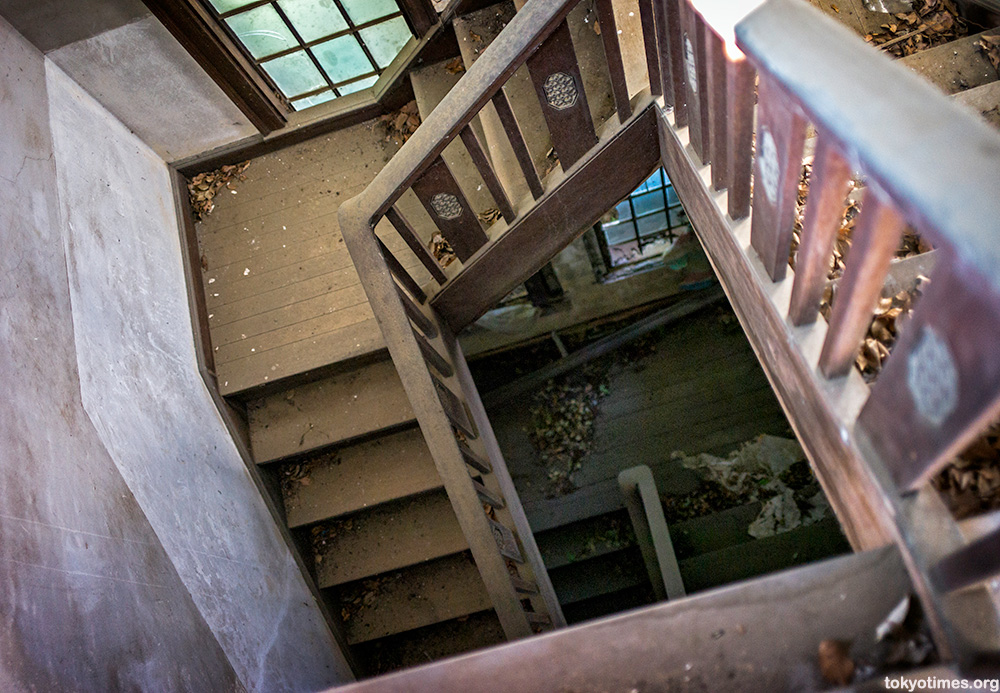 Plus while relatively empty, there are still a few personal items left behind. A good selection of sake cups. 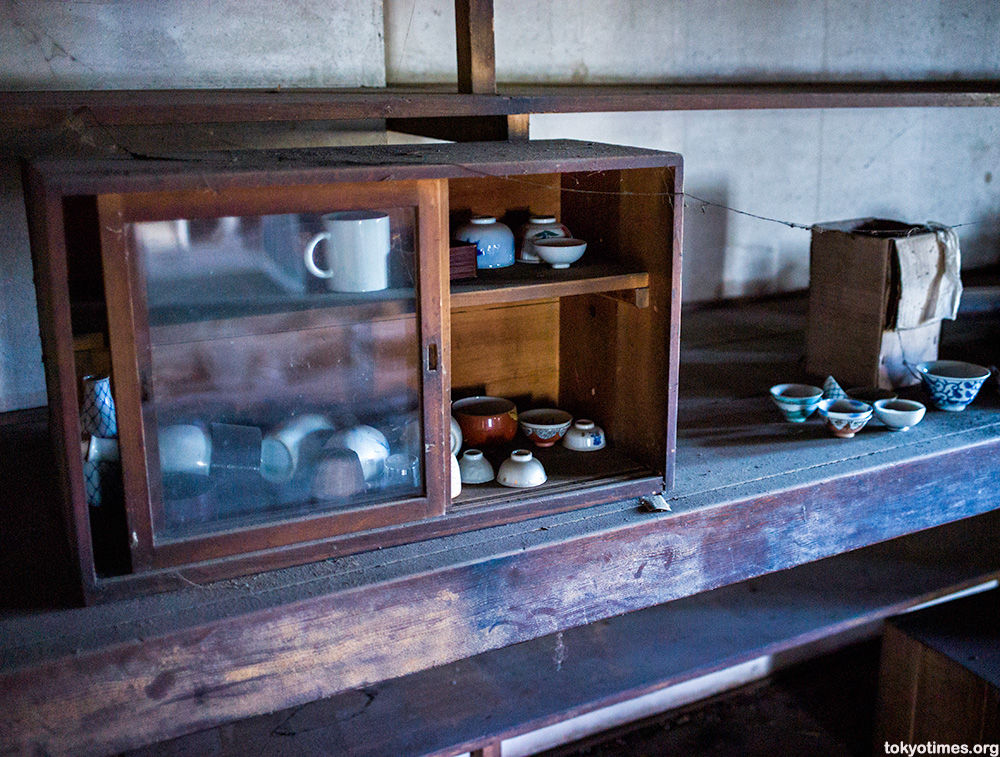 Some rather ornate paperwork. 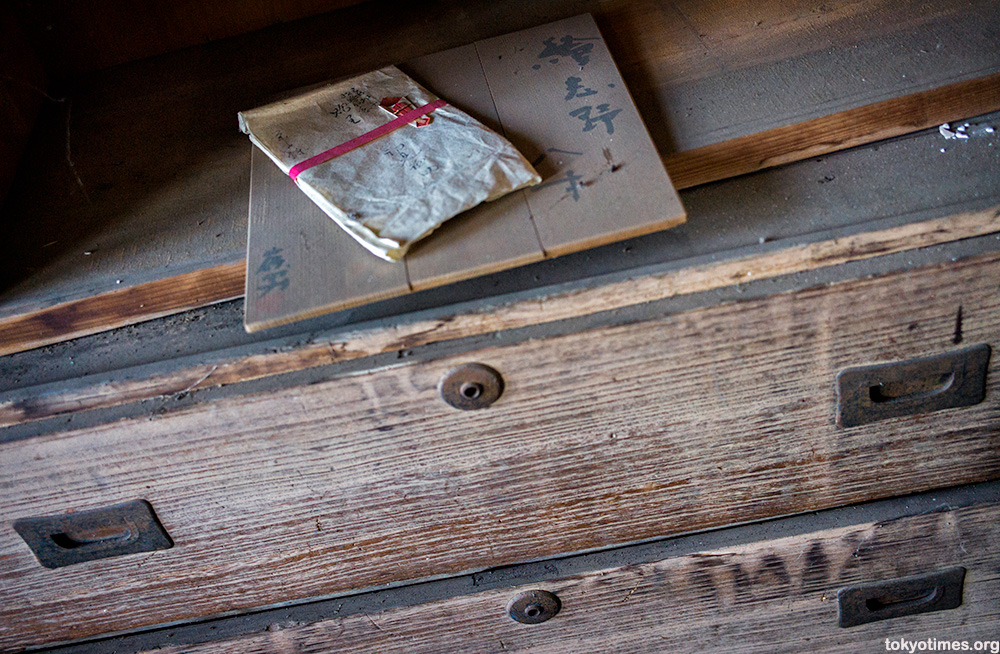 And somewhat startlingly, a pair of false teeth. 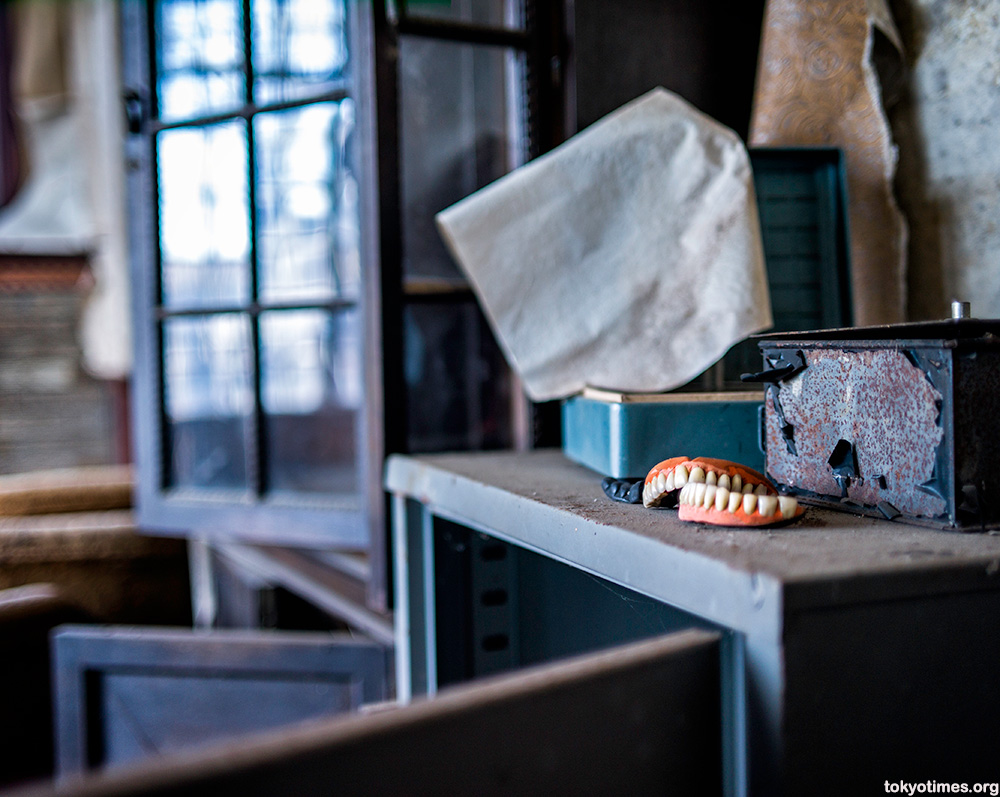 Left behind technology also gives us an indication as to when the house was in use. 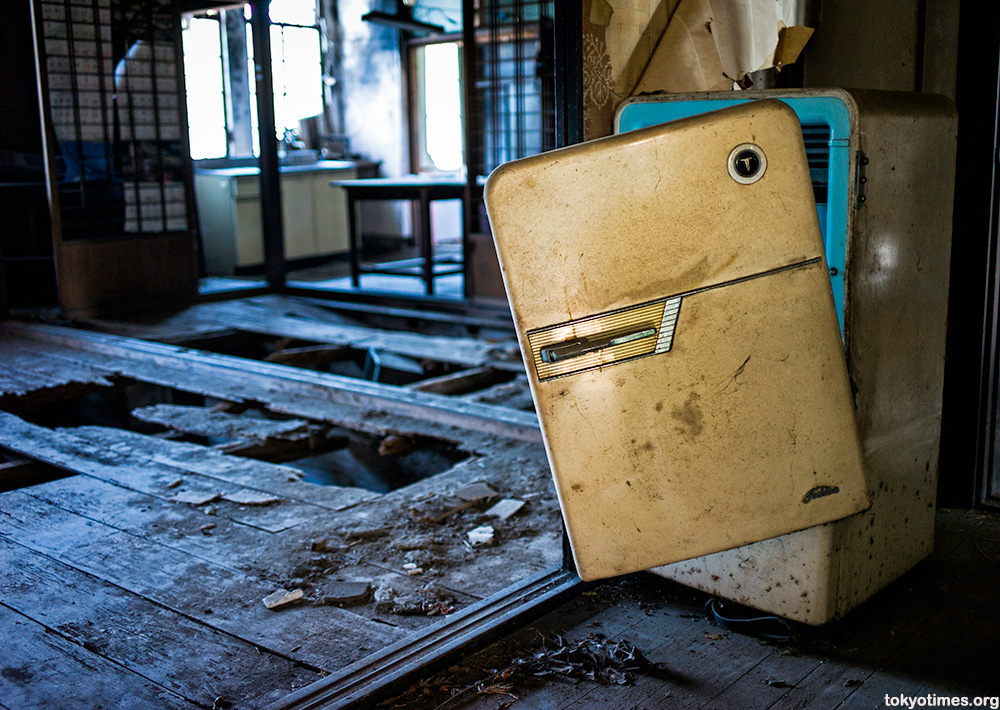 Along with when it was possibly vacated. 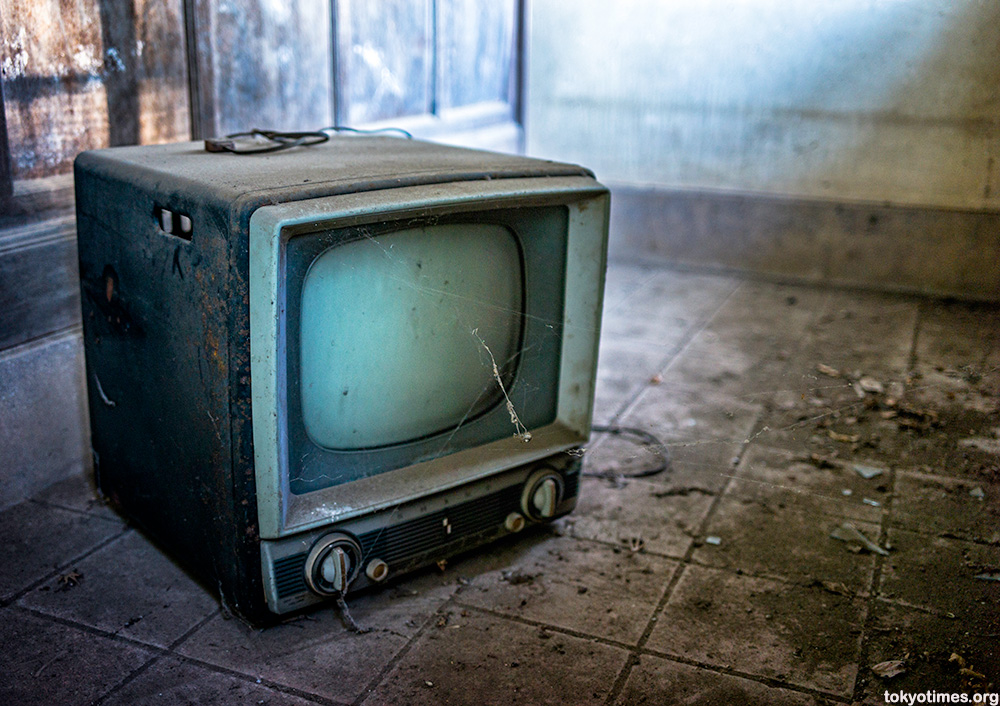 Yet like most haikyo there’s an element of mystery, as despite owning the house, Mr H may never have actually lived there — or at least not for any extended period of time. This is because records show he moved to Kamakura (a considerable distance away) in 1906; living out his days there until he died in 1930, just two years after the house was built.

In many ways this leaves the purpose of the building unclear. Was it a gift of sorts to his former constituency, an area in whose development he played a major role? A base for political events or meetings perhaps? Or simply a grand second home that would double as a legacy for his family?

These are questions we may never find the answers to, but in regards to the current, increasingly dilapidated nature of the house, there are a few hints about its untimely demise. Repairs done here and there with nothing more than bits of tape mean that towards the end the money might well have started to dry up. Plus this huge cooker (in what was clearly once the staff area), had been downsized considerably — in both usage and cost. Suggestions that all might not have been well financially in the house of H. 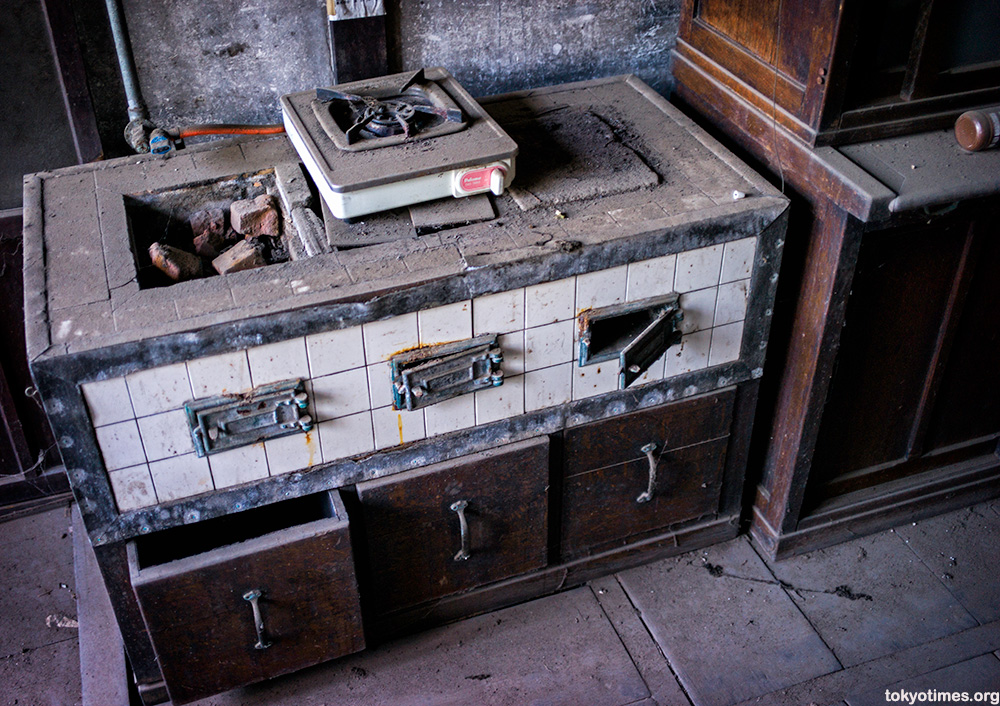 That, however, is mere speculation, and the house may well have been in a fairly impressive state when it was eventually shuttered up, with the considerable power of time and nature the main cause of its currently forlorn state. We simply don’t know.

But what is for certain is that as far as abandoned buildings go, it is very special indeed. So special in fact that it was almost sad to leave. 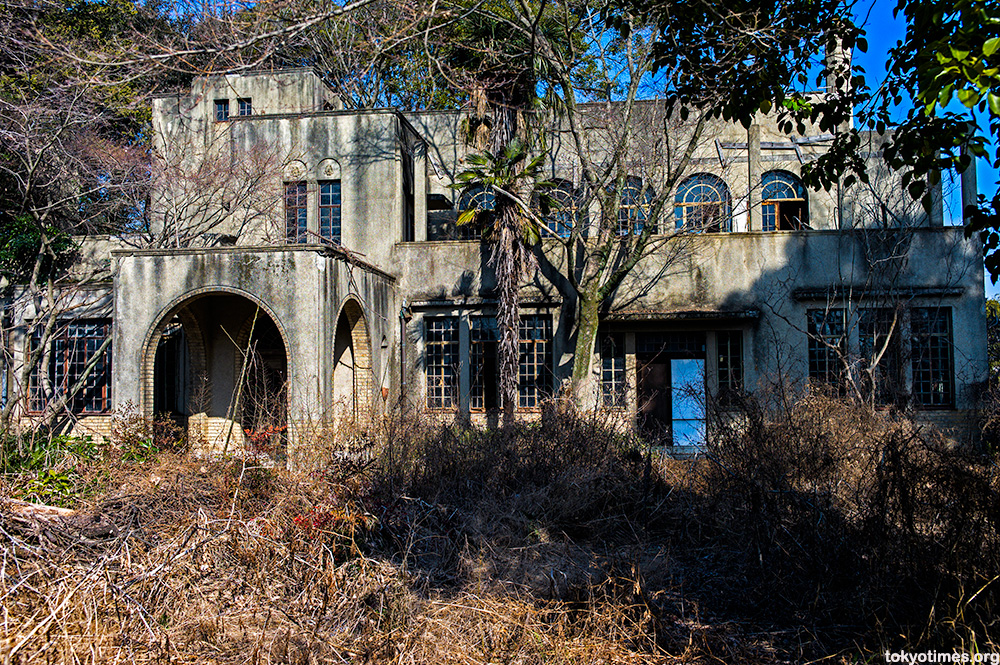