With their predilection for recklessly riding round the streets late at night and rebelliously revving their engines, Japan’s bosozoku bike gangs are a nightmare for many neighbourhoods, as the youngsters manage to create a ferocious amount of noise, if not exactly fear, on their meticulously modified motorbikes. 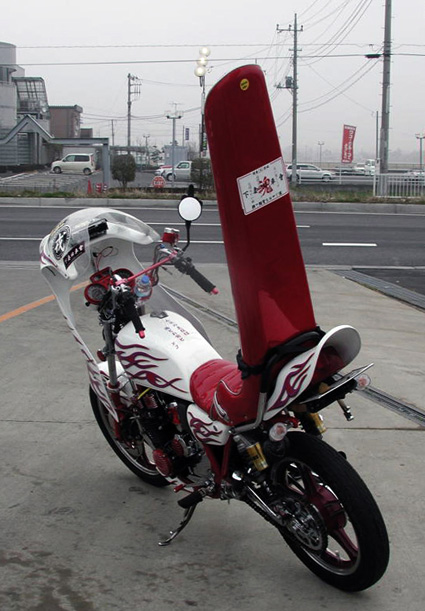 But regardless of the disruptive din they make, such gang members are easily identifiable, as their jingoistically emblazoned jumpsuits, 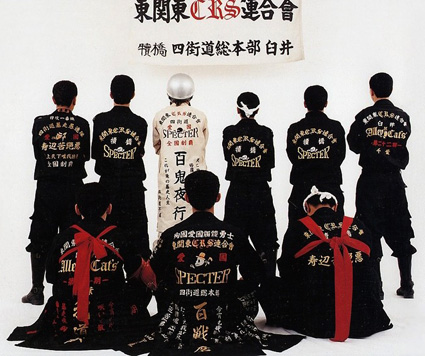 and technicolour transportation, are a far cry from the far less noticeable norm.

However, despite being regularly regarded as ideal recruits for the yakuza, and as role models of sorts for teenage troublemakers, bosozoku numbers have been steadily declining of late — a crackdown by the police and the possible realisation that making a racket and running the odd red light isn’t all that revolutionary, presumably taking their toll. 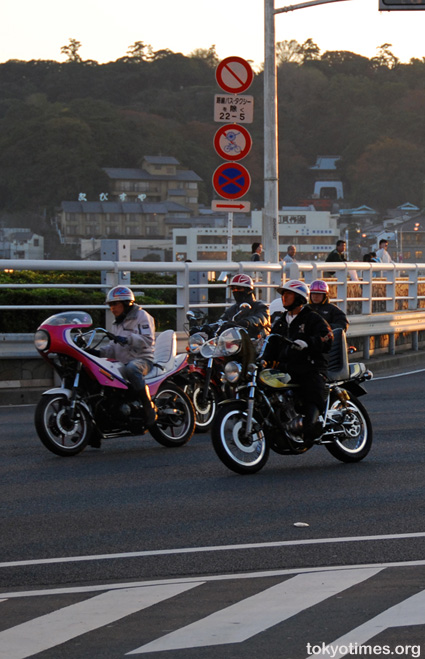 Plus, when the powers that be come up with a cute and colourful campaign that, it is hoped, will herald a hiatus, it’s probably time to pack in the practice anyway. 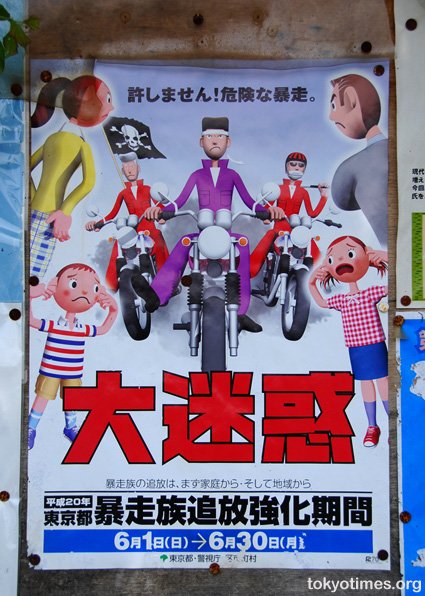 Still, sly digs aside, the bosozoku are an interesting breed, and for a much more insightful, and indeed sympathetic, look at them, this video is well worth a watch.