The Japanese are legendary when it comes to long hours at the office, plus the practice of subordinates not wanting to leave work before their boss, and the boss himself not wanting to appear a slacker, only adds to the problem. Such stalemates often resulting in no one going home for fear of losing face, with the longest such case rumoured to be 3 months, 2 days and 12 hours — the deadlock only broken when one staff member had to attend a dental appointment.

The fact that there is actually a word for death from overwork (karoshi) perfectly proves the dedication shown to all things work related in Japan, meaning that those who perhaps aren’t so busy or are prone to a holiday now and again are regarded with suspicion. A situation that possibly prompted this shop owner to disguise his weakness for a day off as something altogether different. Namely, having worked so hard for 6 days of the week, he simply has to take a rest on Wednesday. Not that he wants to of course. 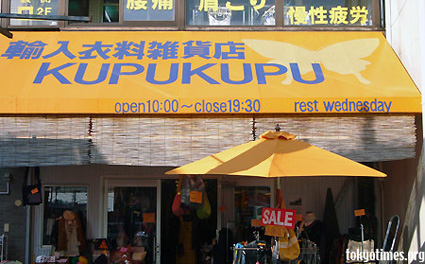