Compared with many countries, the number of smokers in Japan is still relatively high, with the official figure as of July this year standing at 20.9% of the adult population. However, that said, Tokyo is no longer the smoking heaven it once was, as while it’s still pretty much a free for all in places where booze is the main preoccupation, plenty of regulations have been introduced elsewhere, including outside, on the street. The rules related to the latter in particular forcing desperate salarymen into clandestine and comically rushed smokes when away from the workplace.

Plus despite owning a hefty chunk of Japan Tobacco, the government has stated it plans to reduce the number of smokers to a seemingly overambitious 12% by 2023. Although with the current figures on a downward trend for the last 18 years, the powers that be at least have a fighting chance of sorts.

All of which, along with some serious competition from vending machines, convenience stores and supermarkets, means the capital’s quaint little neighbourhood tobacco kiosks are going to have a lot more days like this. 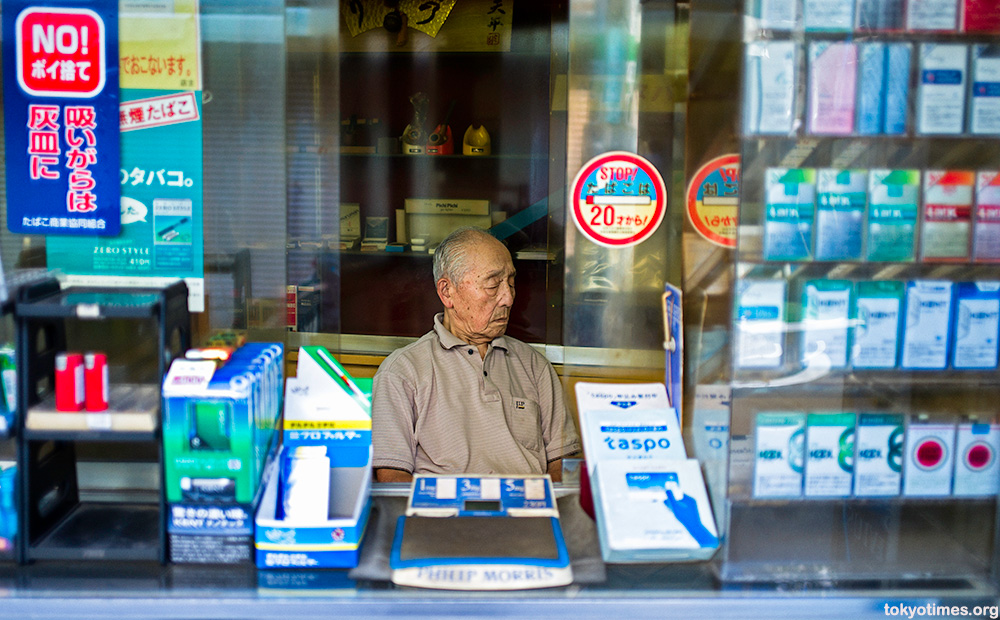