Last Sunday saw around 300 Japanese women in identical blonde wigs take part in an event to counter the supposedly stereotypical western concept of beauty. This was also coupled with those present being urged to develop their own idea of beauty, and the gathering ended with a symbolic removal of the wigs. 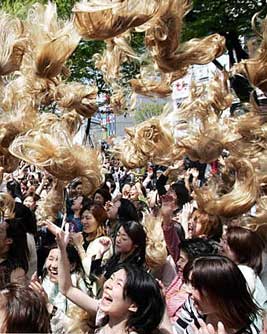 A very commendable idea it has to be said, and one that also seems to have struck a chord with the male population. As on closer inspection, the wig wearing woman in the bottom right hand corner appears to be a man. 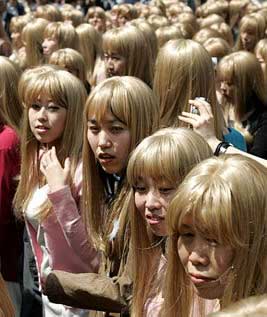