On February 11th, which is National Foundation Day, several groups from the far right pay their respects at Tokyo’s Yasukuni Shrine with a parade of sorts and an official Shinto service. By far the most significant gathering, at least in terms of numbers anyway, is the troop pictured below. A ragtag bunch of characters that I’ve been photographing for quite a few years now — some of the results of which can be seen here.

And this Monday, as ever, was no different, with the same flags, and to be fair, the same respectful solemnity. There were several of the same old faces too. The overall number of participants, on the other hand, was very noticeably down. Now whether that is significant or not I really don’t know, but for a date and event that is clearly so important, it seems an odd one to miss.

An outbreak of flu perhaps, or maybe even an outbreak of common sense? A mystery that might be a little clearer next year. But until then, here are just a few photos from an especially cold and grey day. 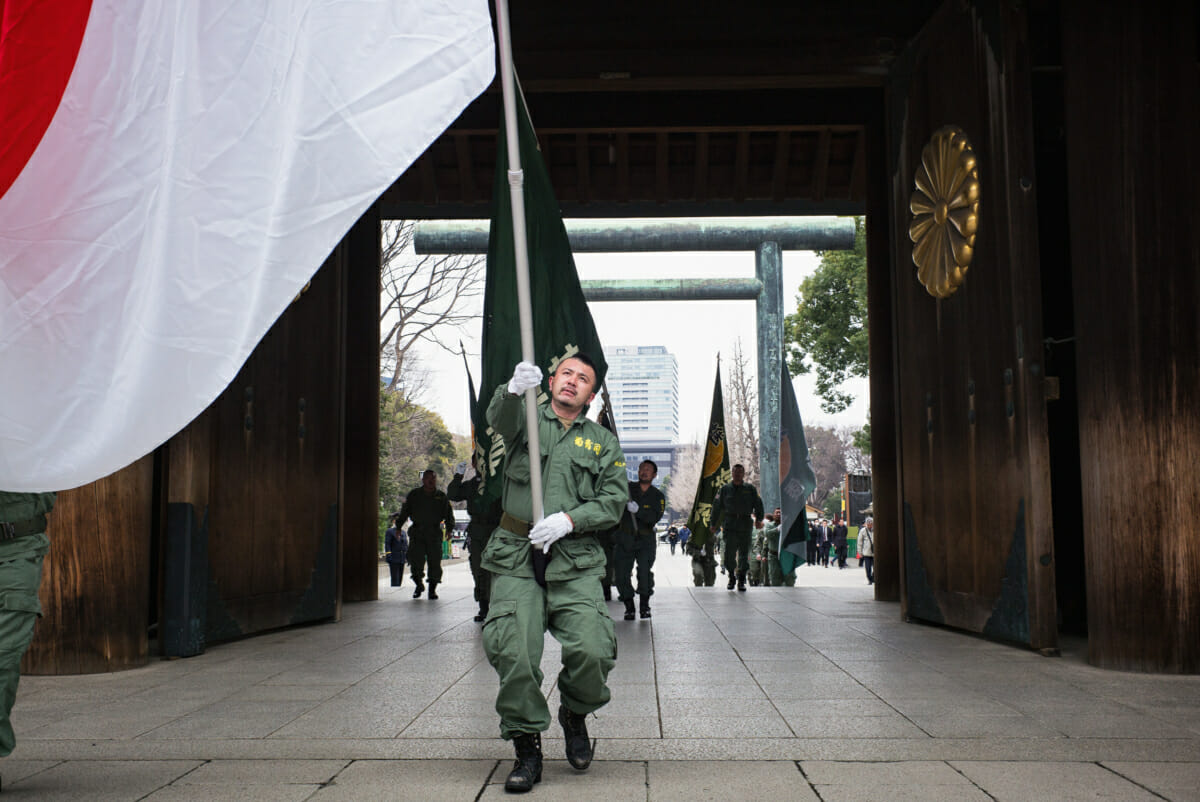 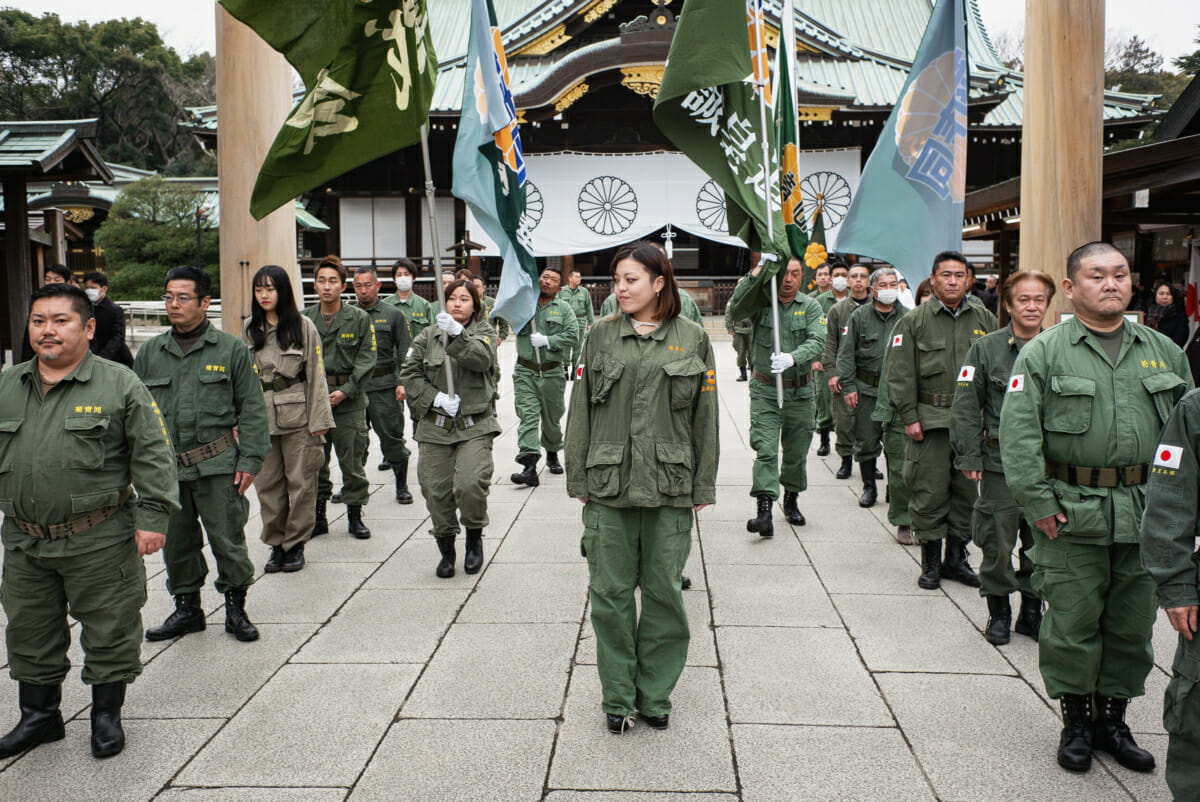 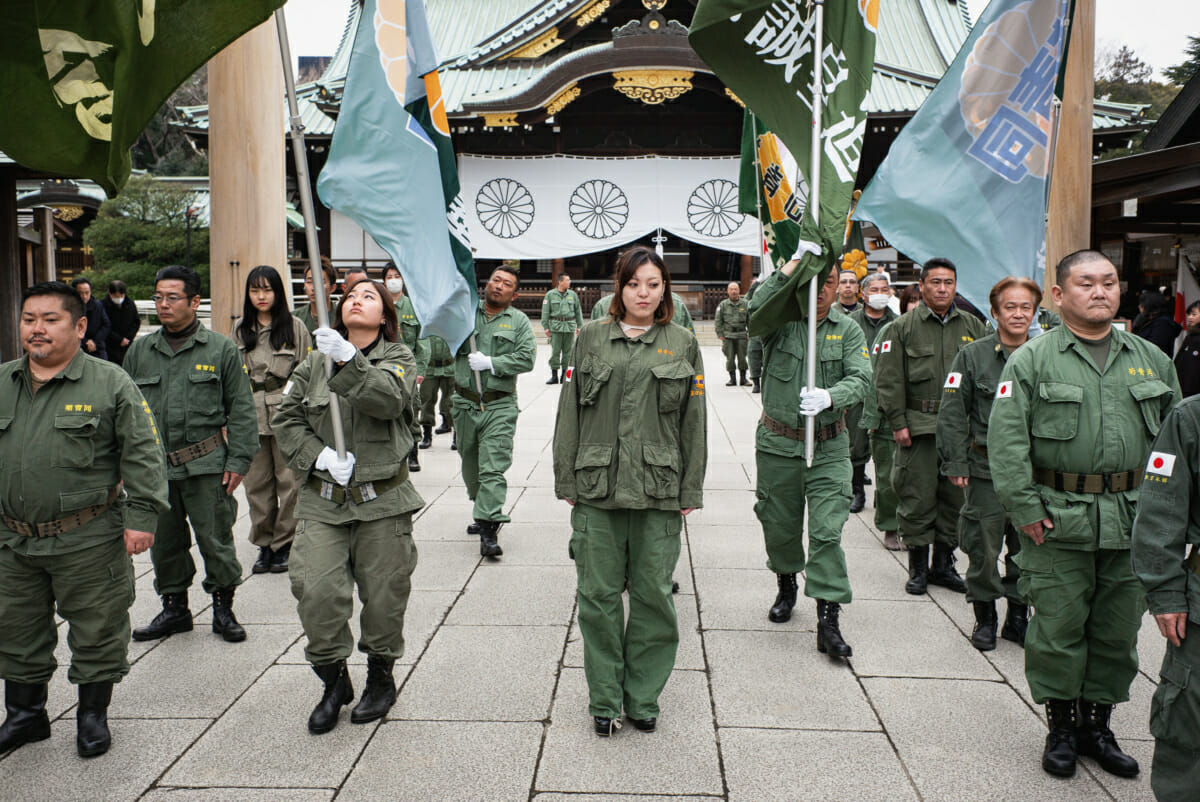