The controversy surrounding Tokyo’s Yasukuni Shrine is well documented. The enshrinement of Class A war criminals coupled with Prime Minister Koizumi’s yearly visits make it an issue of extreme tension (to say the least) between Japan and its neighbours. 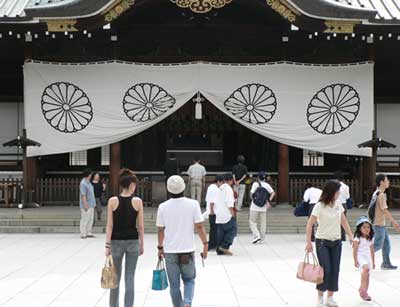 Meaning Yasukuni is a magnet for right-wing fanatics and revisionists alike. And needles to say the chaps below weren’t singing the latest Hamasaki Ayumi single, or knocking out a rousing rendition of ‘Give Peace A Chance’. 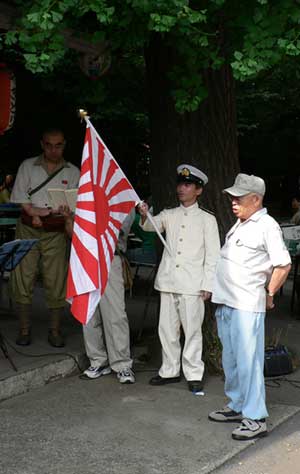