This one-room little workshop in an old part of Tokyo was founded just over 90 years ago. Producing handmade tatami (traditional Japanese flooring mats), it’s both a business and a part of the local community — opening, as it does, onto the area’s little shopping street.

Going back to those early years, tatami was ubiquitous in Japanese homes, so presumably it would have been a decent money earner. The situation would also have been very similar when the original owner passed it on to his grandson, the man in the photo below.

Now, however, tatami is nowhere near as common as it once was. Neither, it has to be said, are such traditional little businesses. Younger generations simply aren’t interested in running them. So when the grandson, who is now himself a grandad, finally calls it a day, the shutters will come down on another part of Tokyo’s past. 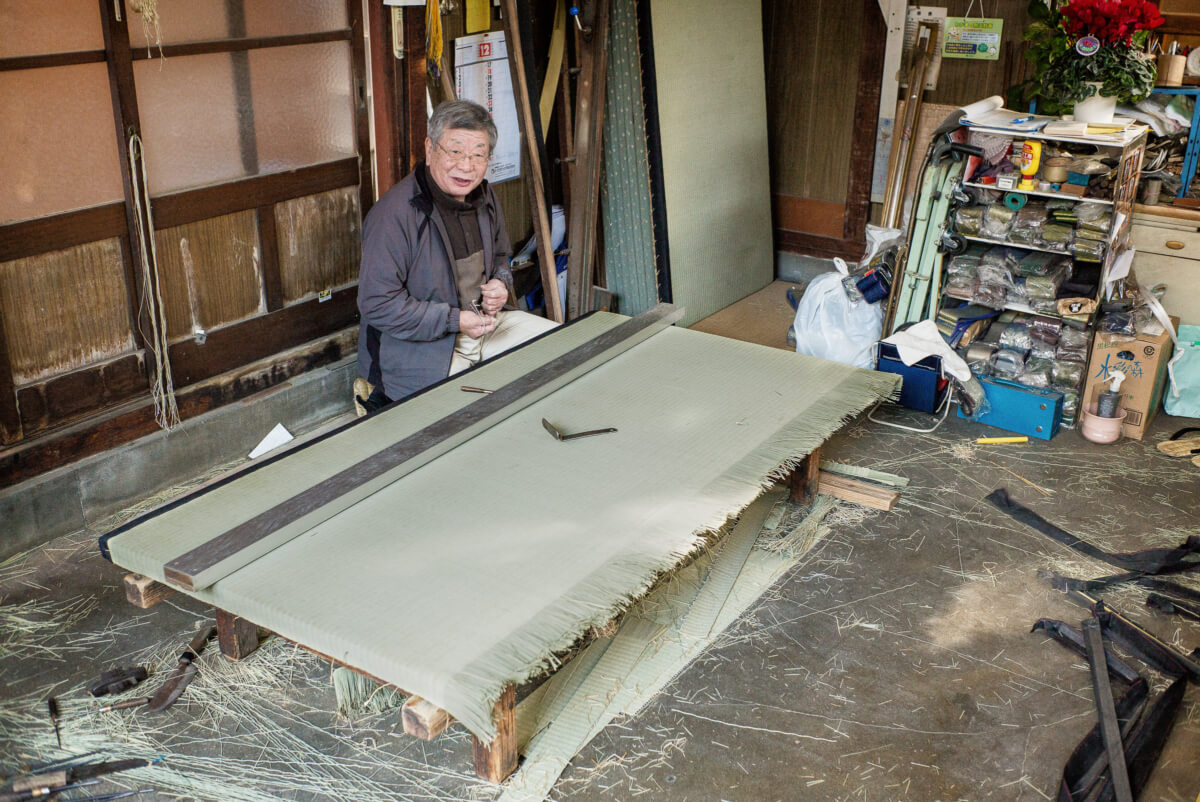