Some days are still really quite warm, but there’s finally a genuine sense of autumn in Tokyo, and along with more comfortable temperatures comes some truly wonderful light. The angle and intensity of it is mercifully a world away from that of the summer, so once again it allows for photos like the capture below.

The man, along with the contrast of light and shadow, reminded me of a documentary I’ve mentioned on Tokyo Times before, The Great Happiness Space: Tale of an Osaka Love Thief. A film that for now at least is available on YouTube, and after not seeing it for a long time, a re-watch reminded me of what an informative hour and a bit of viewing it really is.

Shinjuku’s Kabukicho red light district has fascinated me for a long time, and while it has certainly changed and been reduced in size over the years, it’s still an incredibly interesting place to walk around. Like so many others, however, I merely observe — passing through with some knowledge of the area, but little in the way of any real insight into the lives and experiences of those who actually earn their livings there. As such, I can say with reasonable certainty that the man in the photo is a host, but until watching the aforementioned film, I had no real idea of what working in a host club entailed, and even less sense of the surprisingly important part it plays in the lives of the young women who spend their time and money in such establishments. A documentary that does a remarkably honest and often tender job of showing those aspects, plus at the same time it says an awful lot about Japanese society as a whole, and in many ways the human condition itself. Elements that this photo can only try and hint at. 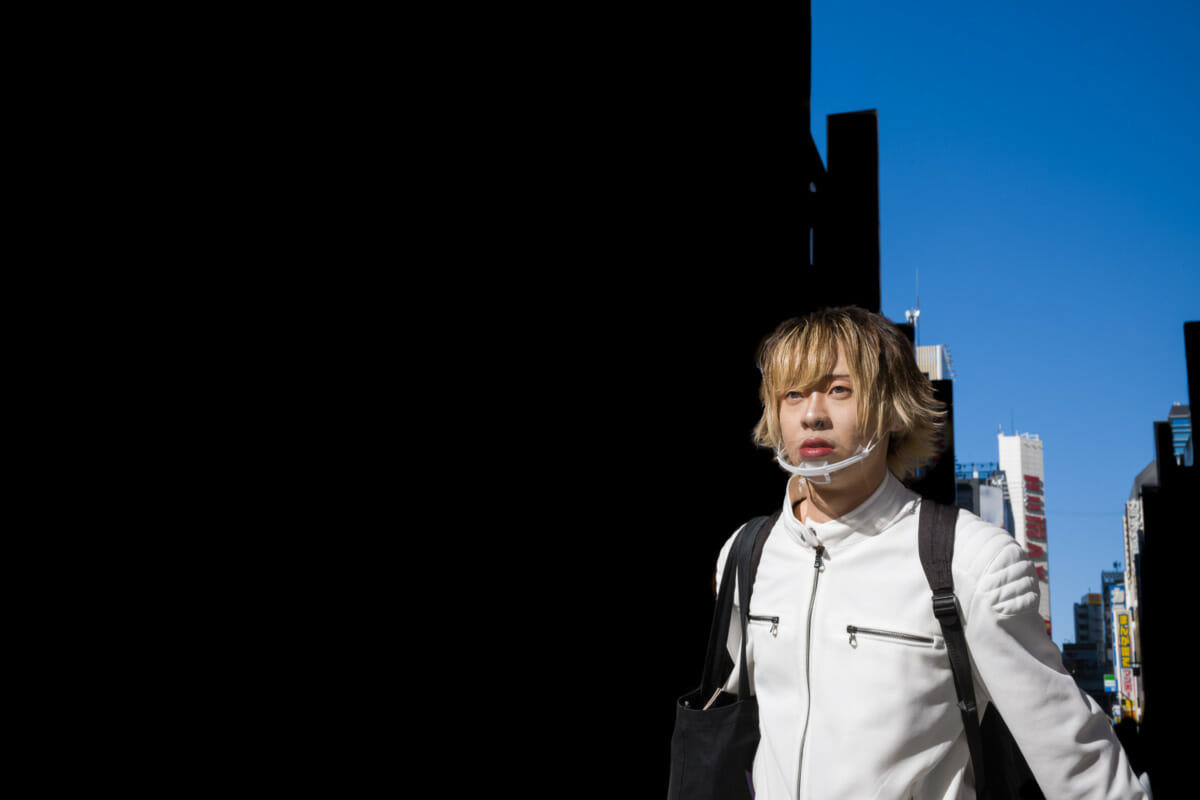