Back at the beginning of this year, I photographed an old and wonderfully dated concrete robot. A playground addition that’s as colourful as it is retro, and if it were somehow capable of owning a phone, then the one below would be absolutely perfect.

Donated to the park in 1981 by the then Nippon Telegraph and Telephone Public Corporation, the slide was a gesture to mark 1.5 million subscribers in the area, along with an impressive 30,000 public phone installations. Figures that now seem as dated as the push-button replica built to commemorate them, but just like the aforementioned robot, it’s that old school aspect that makes it so appealing. 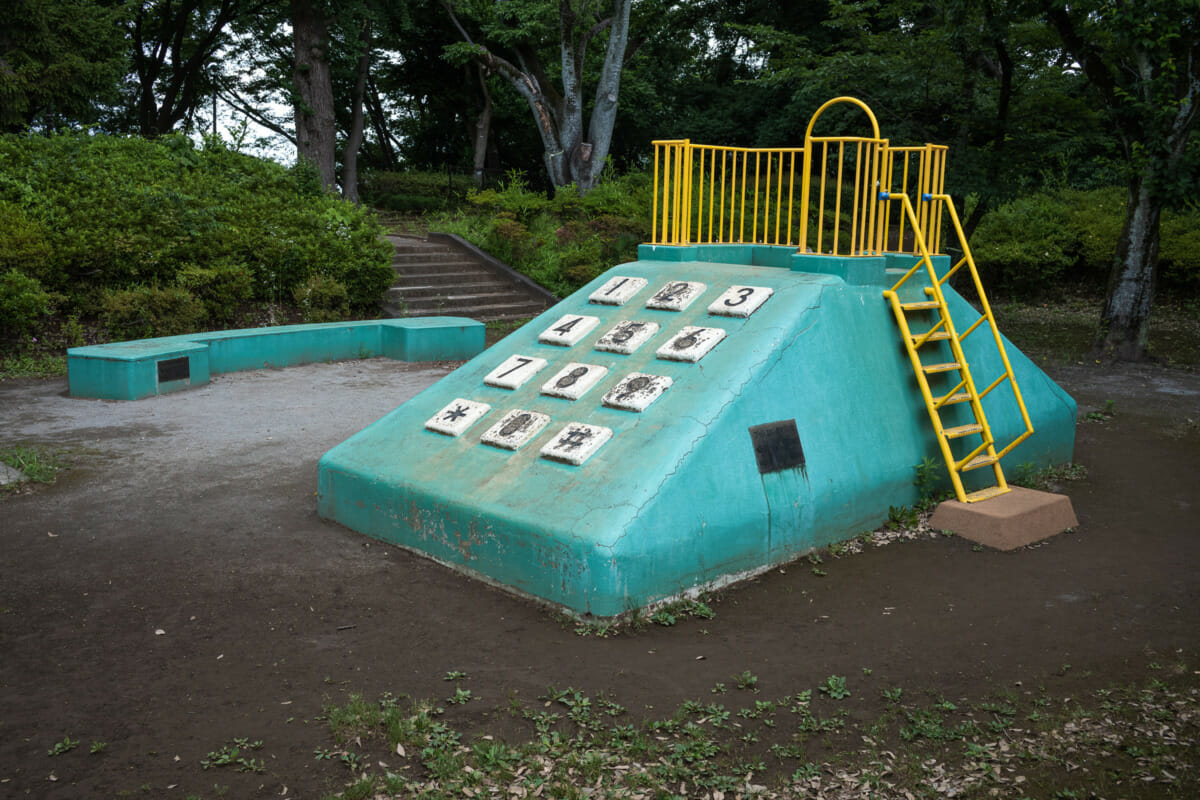 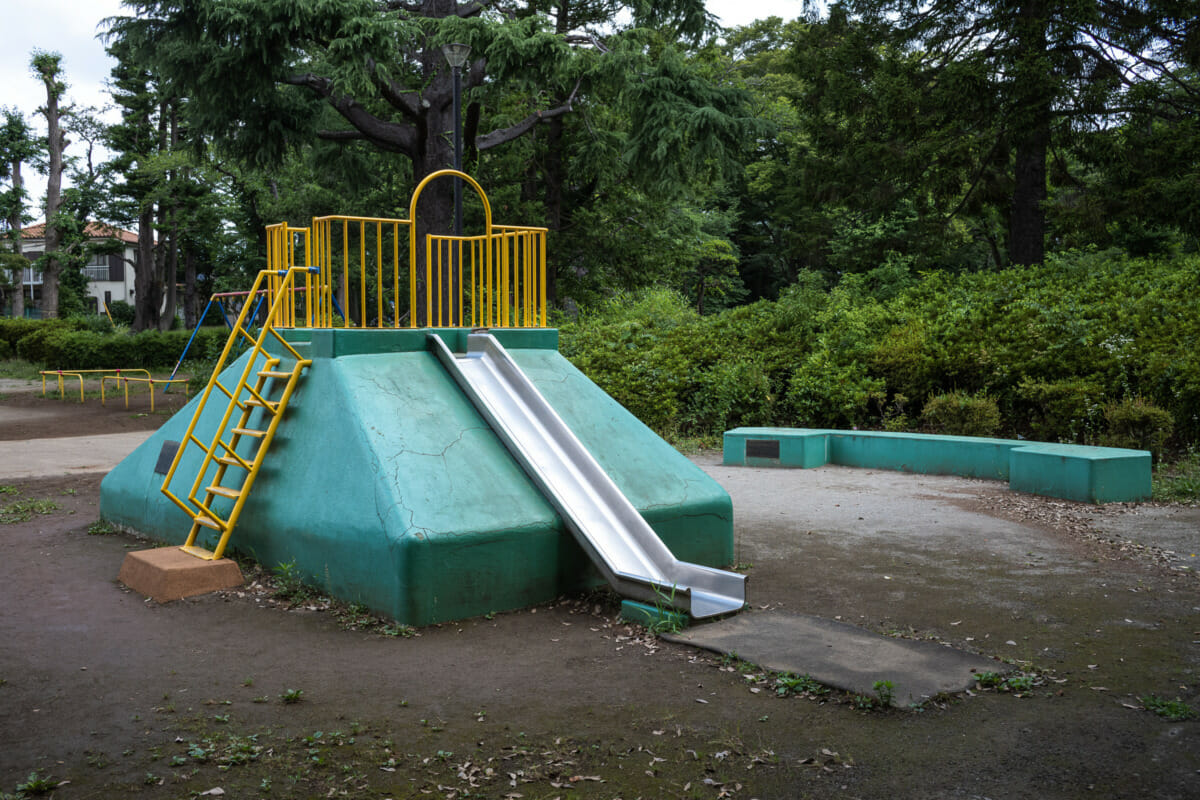 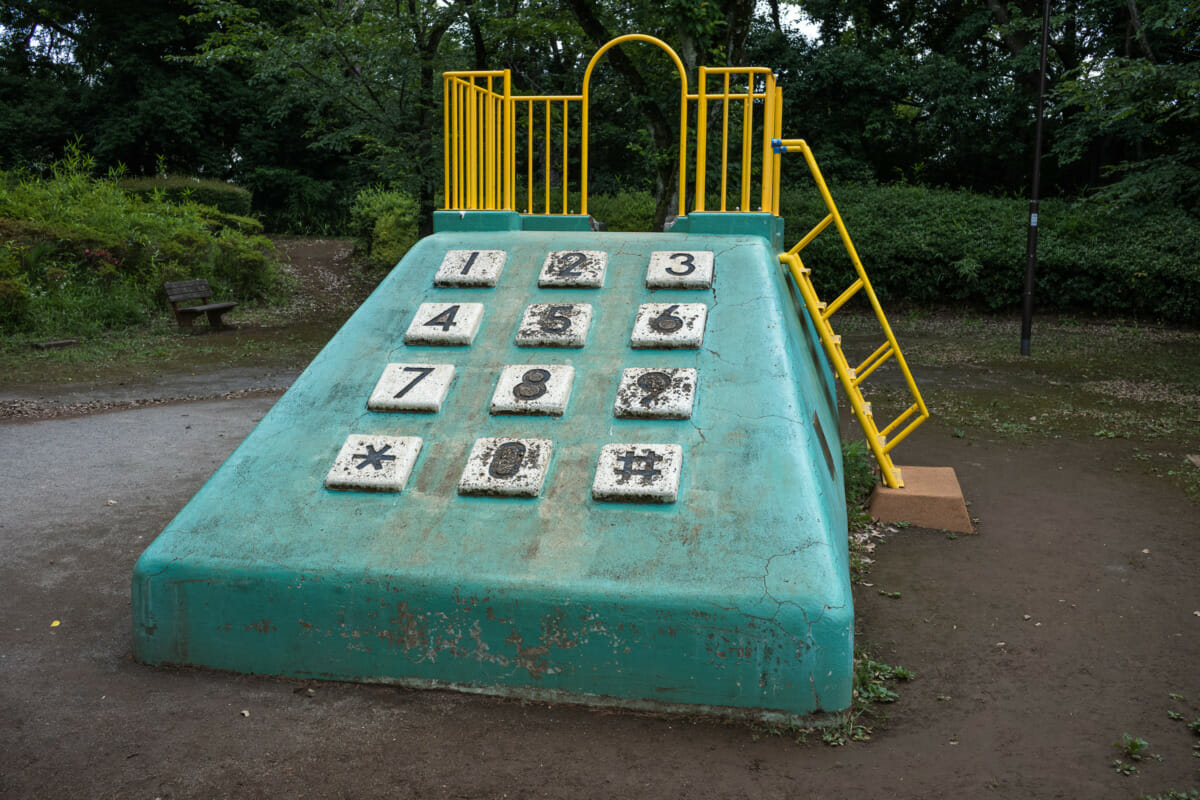