As a child growing up in Britain, going to the playground with its greenery and good times was always something of a treat. In Tokyo, however, the nature aspect at least isn’t always so noticeable. 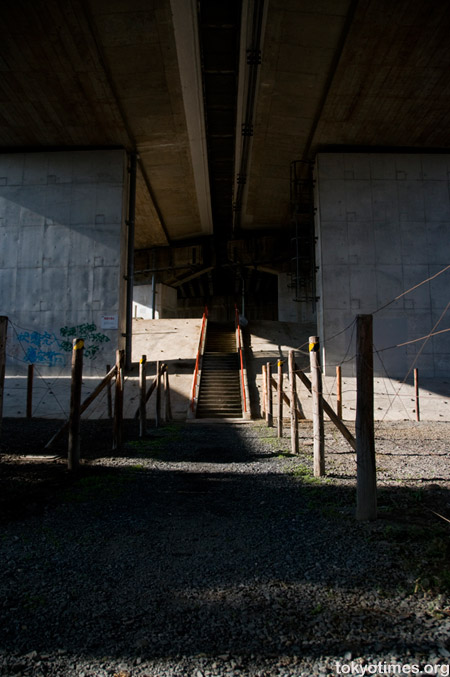 Although that said, once one has trekked there, fun is still fairly feasible. 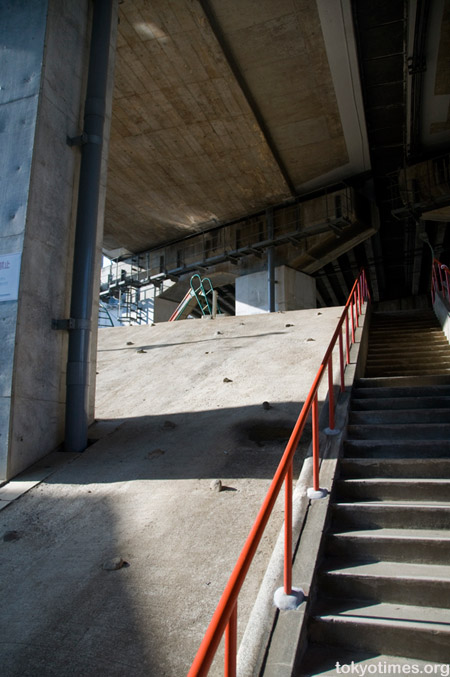 As there’s not only sun, but some stuff to wile at least a short while away on. 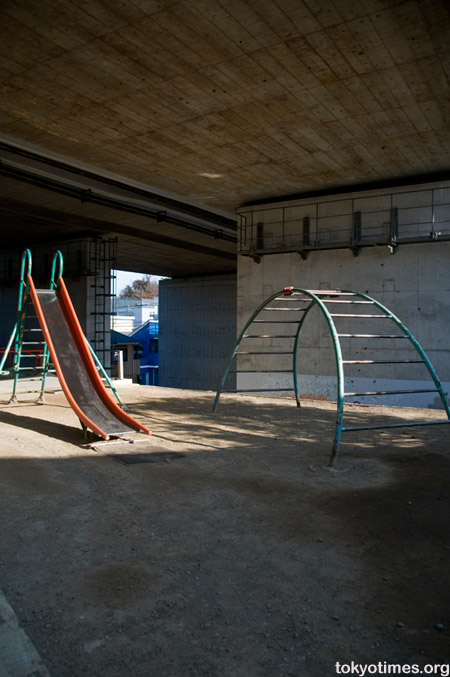 Plus there’s an educational aspect to the entertainment too, as it conveniently conditions the kids to all the concrete they are eventually going to come into contact with.

Meaning that when they are old enough to go and roam around near the river, 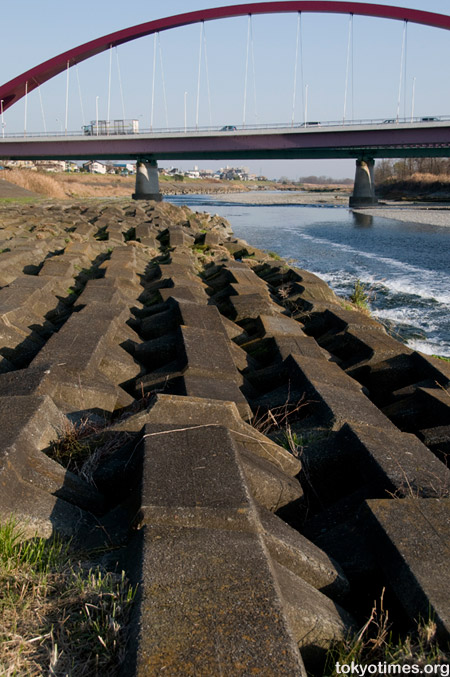 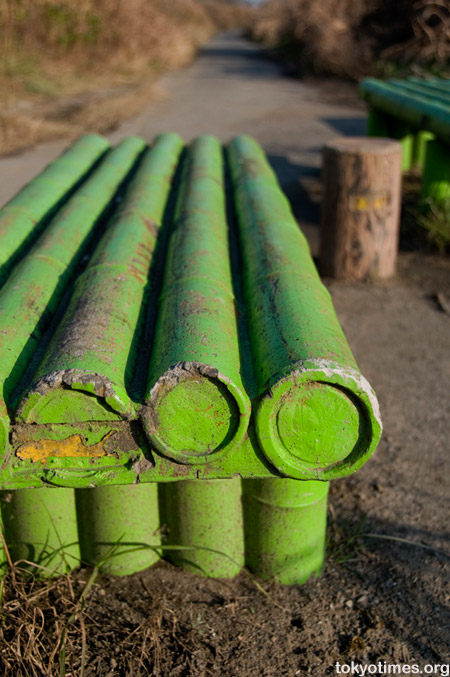 and carefully created logs they come across will — almost literally — simply seem like second nature. 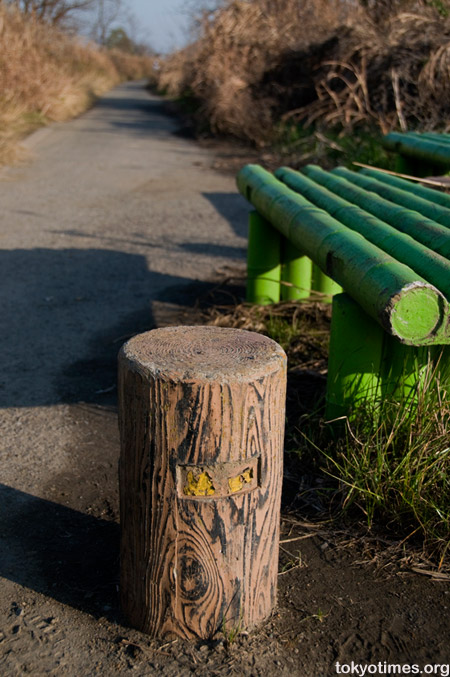 Possibly even creating a temperament that doesn’t see the topography of tetrapods as unattractive, but instead as tantalising. 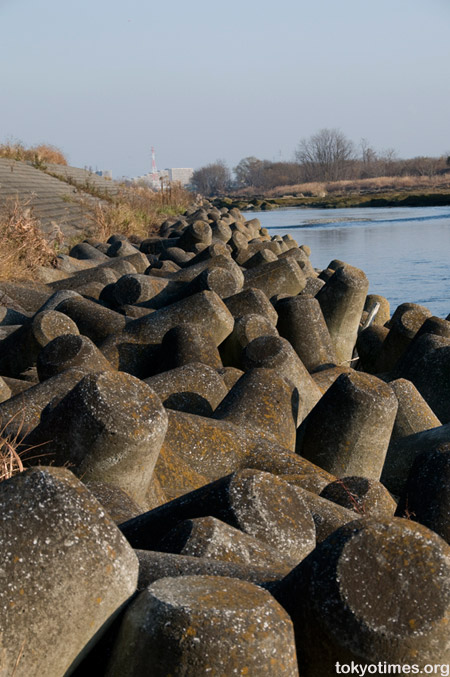 Or at the very least traditional. 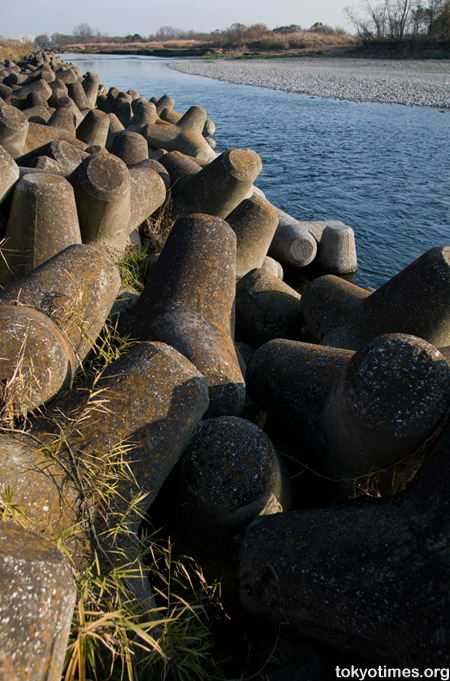